50 Hottest Indian TV Actresses Of All Time, Off Camera Though

Life would have been so boring without TV, right? And whether you admit it or not, we all have seen some TV series at some point of time. There are so many shows on TV that have captivated the imagination of the audiences across the country. This wouldn’t have been possible without all the pretty actresses who make this possible. Here’s our top 50 list of the hottest Indian TV actresses.

Karishma’s claim to fame was when she was cast as Indira Virani in ‘Kyunki Saas Bhi Kabhi Bahu Thi’. After tentalizing episode of reality show Big Boss, she became a sensation. She was seen in Sanju, and Bollywood flick ‘Bullet’.

Kavita was the face of ‘F.I.R,’ where she played the role of Inspector Chandramukhi Chautala. This talented actor is make her Bollywood debut anytime soon.

Sanya is not just another pretty face in the industry as he has clinched several awards as well as nominations. She was popular for her roles in ‘Miley Jab Hum Tum’ and ‘Chhanchhan’. 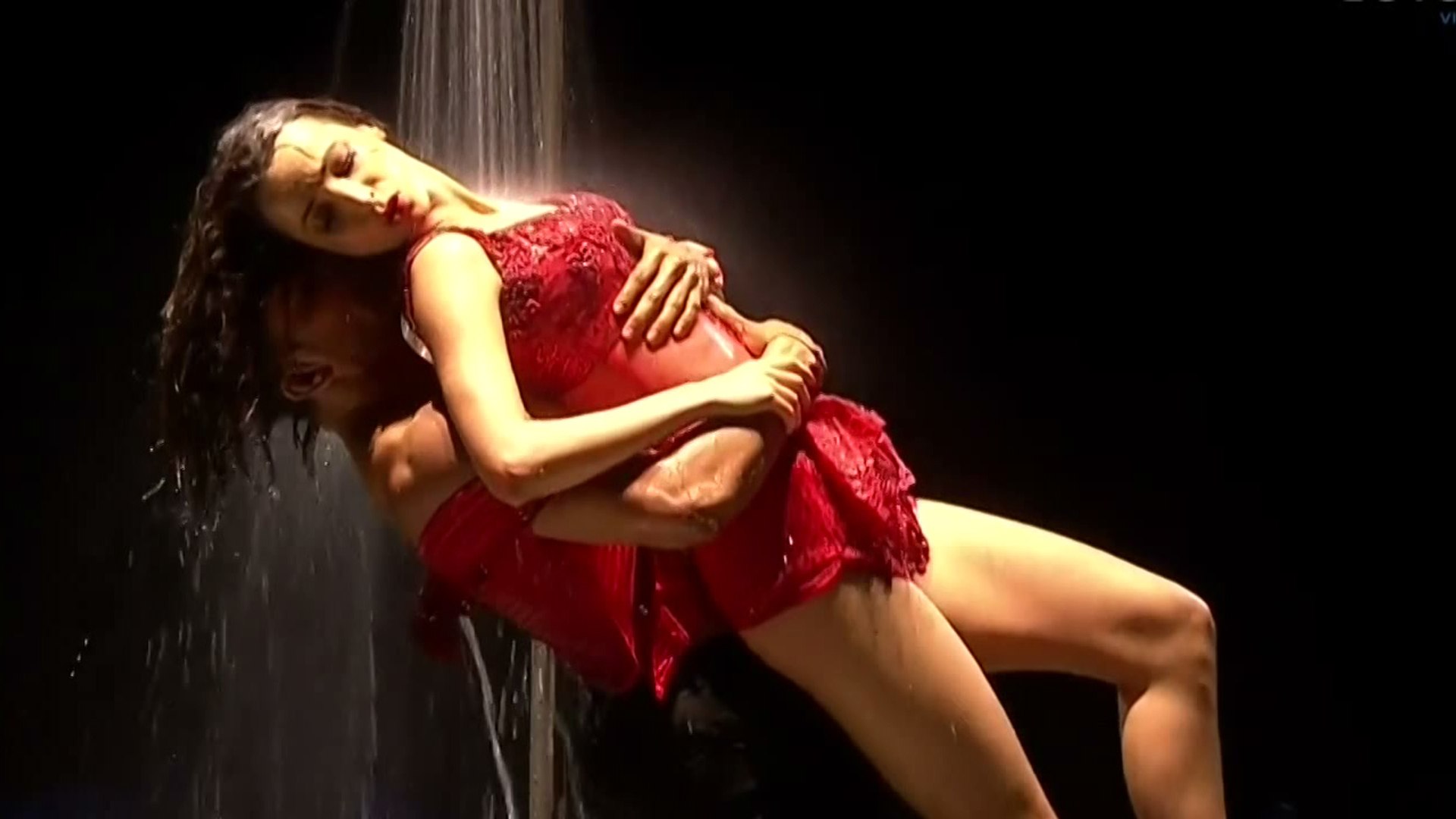 Shweta has been in the industry for over 13 years and yet she still looks fresh. However, she is remembered for her role in ‘Kasautii Zindagii Kay’ as Prerna Basu and is one of the most loved actresses on the silver screen.

Ragini is Govinda’s niece and started out her career in ‘Radhaa Ki Betiyaan Kuch Kar Dikhayengi’. Now, she is the most of ‘Gangs of Haseepur’. She was especially recognized for the role she played in the serial ‘Sasural Genda Phool’.

This pretty lady was in the World’s Sexiest Asian Women 2013 at the 15th position by Eastern Eye. Jennifer started working on Indian television shows like ‘Dill Mill Gaye’.

This TV star kicked started her career with the show ‘Jersey No. 10’. She is remembered for her role in the serial ‘Kuch Toh Log Kahenge’.

As one of the most beautiful actresses on television in India, Mahi has been in many music videos as well as South Indian movies. However, she is best known for her role in ‘Laagi Tujhse Lagan’.

Drashti’s career as an actress took off with her role in ‘Dill Mill Gayye’ back in 2007. She won ‘Jhalak Dikhhla Jaa 6’ and yes, this girl knows how to dance.

This lovely lady is known for her role in the serial ‘Ek Hazaaron Mein Meri Behna Hai’. Krystle bagged the 9th spot on the list of Top 50 Sexiest Asian Women by Eastern Eye.

Sonarika is best known for her role as Adi Shakti and Parvati in ‘Devon Ka Dev—Mahadev’. She emerged out as most appealing TV celebrities in recent years.

Gauhar kick started her career as an item girl in Bollywood that is apart from being a top model. She won ‘Bigg Boss 7’ and was also named the first in ‘Jhalak Dikhhla Jaa 3′.

Surveen Chawla started her career working as a TV anchor in comedy shows. Later, she got the movie Hate Story and many other films and web series as well.

Kashmera Shah is one of the actresses who is a well-known face on TV. Her first real break was when she played the role of Mona Darling in a mini-series titled ‘Hello Bollywood’.

Kishwer Merchantt is a famous name of TV industry. She played vamp in many TV serials. But in real life, she is gorgeous and bold and quite appealing.

Shama is a film producer and one of the successful TV actresses who made her mark on Indian television over the years. However, she is best known for the role she played in ‘Ye Meri Life Hai’.

She rose to fame when she signed Ragini MMS return with ALT Balaji. The Web series got huge fan following and so does Karishma Sharma.

Hina is best known for the role she played in the serial ‘Yeh Rishta Kya Kehlata Hai’. She is one of the most distinguished actresses on TV as she is the recipient of Dada Saheb Phalke Award apart from winning 18 awards.

Nia hasn’t been in show-biz or a long time but this pretty actress has made a mark for herself. She is best known for her role in ‘Ek Hazaaron Mein Meri Behna Hai’.

Sanjeeda’s debut in ‘Kyaa Hoga Nimmo Kaa’ made her an instant hit on TV. This lovely lady who is from Kuwait went on to win ‘Nach Baliye 3’.

Anuja Joshi is an actress based in New York City, Los Angeles, and Mumbai, India. Born into a performing arts family, her father was a renowned child actor in the Hindi Film Industry who went by the stage name Master Alankar, and her aunt is the Indian National Award winning Pallavi Joshi.

Neelam Gouhrani, known professionally as Nandini Rai, is an Indian film actress, and model who works in Telugu films. She is the winner of the Miss Andhra Pradesh title of 2010.

Sara is a beautiful model and actress whose first claim to fame was in the serial ‘Sapna Babul Ka… Bidaai’.

Sukirti is best known for her roles in ‘Pyaar Kii Ye Ek Kahaani’ and ‘Dill Mill Gayye’. This beautiful actress made her debut in ‘Jersey No. 10’.

Nikki Tamboli is an Indian film actress. She is known for her film Kanchana 3. In 2020, she participated in Bigg Boss 14 and emerged as the second runner up.

Actress Minissha Lamba, who is all set to shine on small screen with TV show ‘Internet Wala Love’, is turning up the heat in a designer bikini.

Lopamudra Raut, who shot to fame as a runner-up with the controversial reality TV show ‘Bigg Boss 10’, sets hearts racing with this bikini photoshoot.

Mandira is not just gorgeous but this lady can act. She is remembered for her role in ‘Shanti’. She is a judge on ‘Gangs of Haseepur’ now.

Shweta is one of the popular stars on Indian TV. However, her claim to fame was being named the second runner-up on ‘Jhalak Dikhhla Jaa’ Season 1. 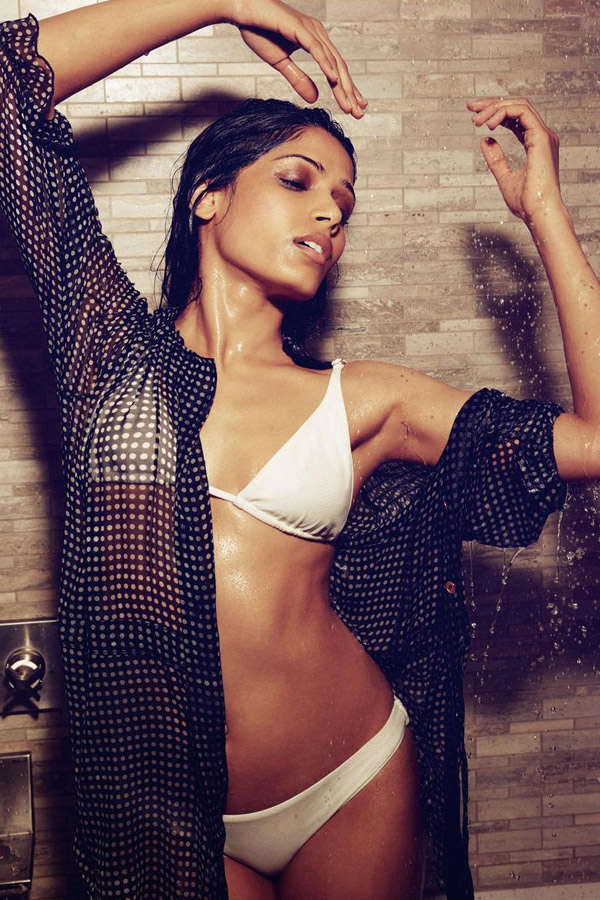 Pooja started off her career with the serial ‘Kitani Mohabbat Hai’ for which she has received several awards through the years.

Mouni is not just a Bong bombshell but has made a place for herself in as a TV actress. She is best known for her role in ‘Devon Ka Dev—Mahadev’.

Rashami is remembered for her role in the serial ‘Uttaran’. She has acted in Hindi, Bengali, and Manipuri films too.

A popular face on Indian Television, Tina Dutta has been loved by the audiences for her roles in shows like Uttaran and Shani. And she rocks the bikini look as well!

Model-turned actress Sonali Raut, who made headlines for featuring in the reality show ‘Bigg Boss 8’, is breaking the internet with her bikini photos.

Shivani Surve is an Indian television actress known for her role of Vividha in Star Plus’s show Jaana Na Dil Se Door and Devyani in the Star Pravah serial Devyani. In 2018 she played a role Shivani Bedi in series Ek Deewaana Tha on Sony TV.

Sanaya Pithawalla is an Indian model and actress. She is best known for her role of Siyali Rajput in MTV’s Warrior High and Aditi Ranaut in Hindi web series The Great Indian Dysfunctional Family.

Devoleena is a jewellery designing graduate. She is best known for her role in the serial ‘Saath Nibhaana Saathiya’. Her photoshoot pics tells something else. She is probably one of the Hottest Indian TV Actresses. 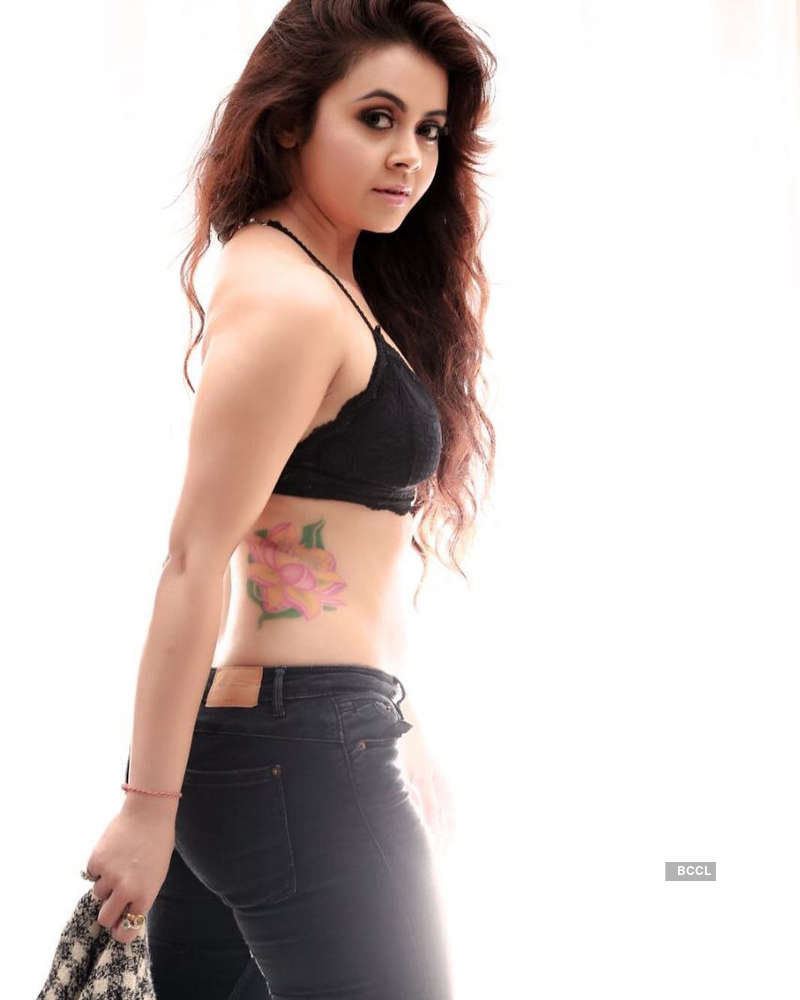 Surbhi is a well-known actress remembered for her role in ‘Qubool Hai’. This beautiful lady is loved by audiences across the country.

Shibani Dandekar is an Indian-Australian singer, actress, anchor and model. She began her career working as a television anchor in American television.

Harshita is a pretty lady who is an integral part of the TV show ‘Sadda Haq’. Now she featured in one two of the most popular Indian web series Sacred Games and Mirzapur respectively.

The actress is all over Internet becuase of the appealing performance in ALT Balaji’s web series ‘The Married Woman’ opposite Riddhi Dogra.

She was a part of the popular show Mile Jab Hum tum! And She went through complete transformation. Check her never-seen-before look.

Leena is a model and actress. Currently, she plays a key role in the TV series ‘Bandini’. Playing the lesbian character opposite Priyal Gor put her back on the map.

She is having her own fan base after the release of The Married Woman in which she played a lesbian character opposite Monica Dogra.

Sriti is one of the prettiest Indian actresses on TV. She made her debut in the serial ‘Dhoom Machaao Dhoom’. After the success of Saubhagyawati Bhav, she became one of the Hottest Indian TV Actresses.

So you thought that the girl who’s always seen in Indian attire in Kaisi Yeh Yaariyaan cannot carry a bikini? Think again!