Bollywood: The Police Cop Dramas Are Back In The Industry

Attention everyone! As you remember, there were a phase in Bollywood when most of the movies are based on the sorry premise of Police and Cop. Inspector Akshay Kumar, Inspector Mithun Chakraborthy, Inspector Amitabh Bachchan, and even Inspector Govinda have featured in many movies if you want to know the truth.

For instance, Akshay Kumar used to carry a police uniform in his vehicle as most of the police story he was offered back in 90s. We all started to believe that the trend was over and now we will see other topics through cinema. But the cycle is revolving and 90s era is back again in 2020.

There’s one difference, this time the police story features female police officers as well. Check out this unexpecting list of Police Cop stories that has developed in recent years. These stories are heavily successful and there’s no doubt that other filmmaker must try this and came up with tons of Police Cop Story.

Bollywood has come a long way to create meaningful stories for the audience, still, one thing is permanent in the industry. The Cop-drama thriller is what the Indian audience love to see and filmmakers won’t mind bringing you awesome thrillers every year.

Since you have many choices during this lockdown to watch for, you have a good option to binge-watch the best cop drama web series of Indian origin. Check out these 5 best cop drama thriller that is the perfect med for your boredom during this coronavirus pandemic.

Based on the real incident of Delhi gang rape, the story follows a different perspective. The story tells you the reality of Delhi Police and how they chase down culprits just in the span of 7 thrilling episodes. The characters in the show are pretty genuine and tight screenplay made it a must-watch drama.

2. She Is The Story Of Female Police

She drives you in the mind of a female cop and her journey to become something from nothing. The actress must be appreciated for her sensational performance throughout the show. This can be defined as a cop criminal drama. A must watch web series.

Sacred Games is the web series that gave visions to show makers that the Indian audience will go crazy if they see something like this. The first season is quite a sensation for the fans. Well, this is more focused on the criminal than a cop but the story is gripping and hooks you with its never-ending suspense.

4. Bhaukaal Is The Glimpse Of Rural And Ruthless Police Drama

Mohit Raina featured in MX original Bhaukaal to play the rural and ruthless cop. He is more like a serious version of Chulbul Pandey. The series has some terrible and terrifying scenes, but this is the thing that makes Bhaukaal so special.

The Alt Balaji’s Apharan is a different take on cop drama in web series. This awesome web series follows the story of a cop who was suspended for his mistakes and then turned into a criminal. What makes the story special is the comical dialogues and scenes throughout the story.

Pataal Lok shows the story of cop Hathiram Choudhary and his struggle to find the facts related to the case. At the end, he settled with the knowledge that he is a part of system and nothing more. It seems pretty realistic approach to show a cop character. 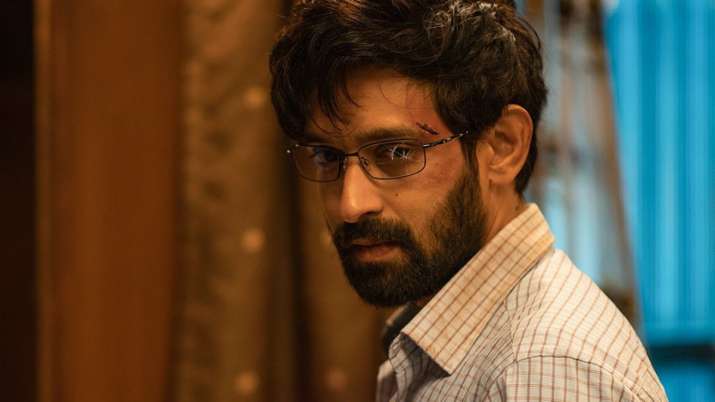