Nandini Rai is a model turned actress and she is also a former winner of the “Miss Andhra Pradesh 2010 title”. She is getting lots of attention from the Internet these days because of her upcoming Telugu web series on Aha Videos titled ‘ING – In The Name Of God’.

In the industry, she changed her name from Neelam Gouhrani to Nandini Rai, which indicates her Sindhi family connection.

Nandini has been pretty active in the Telugu film industry but she did some Hindi and other regional movies as well. In addition to this, the actress got lots of attention with her TV and web series for the Telugu audience.

In the year 2018, she participated in the Bigg Boss Telugu. Next year, she got the chance to play a prominent role in the Telugu Web Series released on Zee5.

High Priestess is a mystery thriller web series in the Telugu language. The star of the series is Amala Akkineni while Nandini played a key character named Ruby in the series. The series revolves around Swathi Reddy, a Tarot reader who experiences the pasts of her clients.

Shootout at Alair is a Telugu-language-based crime drama web series streaming on the ZEE5. Starting from 2007, on the anniversary of the Mecca Masjid blasts, a terrorist named Akhtar is suspected to be killing Hindu policemen every year.

However, Akthar is believed to be a slain terrorist who was killed five years ago. Nandini Rai played the character of Muslim girl Nafisa.

ING – In The Name Of God (Aha Videos)

ING is happened to be the boldest Telugu web-series yet. It features Priyadarshi and Nandini Rai in key roles and fans are expecting this to be a career-defining role for both the actors.

Take a look at some of the hot pics of Nandini Rai to know why fans are saying the ING web series is going to be a bigger and better one. Also why she is an underrated beauty. 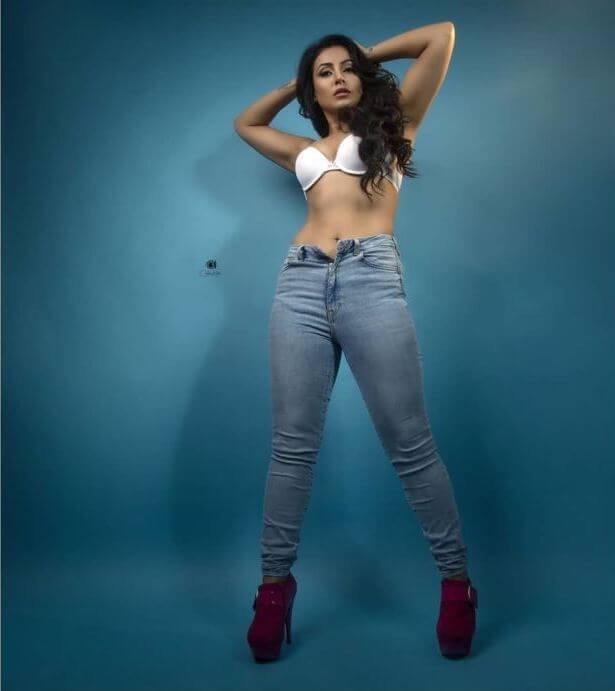