Bollywood actresses seem to think like so. We have left the era long ago where flowers used to demonstrate closeness. Hugging and kissing are common in Bollywood movies and even movies with realistic touch because this is somewhat common.

No matter how decent you are, no lover ever makes out or ends foreplay without groping female chests. Even the molestation scenes, started from chests or hips. So when Bollywood intends to make realistic cinema, they have to make things right with the presentation.

Here are a few big names from the Industry, who allowed their private parts to get touched in the specific scene sequences.

1. Aditi Pohankar in She

Netflix’s She has an intense scene where Vijay Verma groped and pressed hard the private parts of Aditi Pohankar. The scene was supposed to happen that way as it will show the pervertedness of Vijay Verma gangster character as well as Aditi’s Pohankar’s sexuality.

In interviews, Aditi clearly stated that there was a workshop to prepare for such scenes and she was very comfortable with her co-actors.

2. Samantha Akkineni in The Family Man 2

Samantha’s Raji in “The Family Man 2” shocked everyone. She was a strong, fierce, and well-developed character. Her introduction scene involves harassment when she travels on the bus. A man groped her private parts.

The character was so unique and portrayed flawlessly that nobody was awed that Samantha has been involved in such a scene. Probably this is the best as the story should be character-driven and not star-driven.

3. Kareena Kapoor in Ra. One

Trend changes not when small actors start doing bold scenes, it changes when A-list celebrities with huge fan following neutralize the awe factor. Remember the scene where Shah Rukh uses his hand to press Kareena on her chest.

In interviews, Kareena explained that the scene was supposed to be funny and it was funny. That was nothing sensualized in any way. And she was right.

In the movie Karobar starring Anil Kapoor and Juhi Chawla, there was a song sequence where Juhi seduces Anil Kapoor’s character. In one of the scenes, Anil unintentionally touches Juhi’s chest.

Juhi recalled the moment stating that it was a mistake and they could easily shoot another version. But Juhi allowed the take as it was not a big deal. Plus it adds sensuality to the song as well.

On asking Priyanka Chopra, she said she didn’t even notice. She said there was so much going on in the song, like the bikini, water, and dance routine.

Grand Masti is an adult comedy and all the actors who agreed for the film knew what they are signing up for. In a specific scene, Vivek Oberai’s character touches Kainaat Arora’s chest.

Kainaat said if this is what the audience finds weird then they should watch the movie again as there were so many comments on her two big milk factories. Besides, it was an adult comedy, this should be fun in a different way.

Neha Khan has an intensely shot make-out sequence with her co-star in the movie “Kaale Dhandhe.” Before make out there is an extreme close-up of her chest pressing against the hand of her co-star.

She stated that the scene was supposed to be in a fun and new way. It hadn’t happened yet, so creators asked me and I was ready for the shoot.

Hate Story 4 is a part of the famous movie series for its unique content and soulful songs. Hate story 4 has a song sequence where Vivan Bhatena slowly moved his hand on her chest.

Ihana mentioned that the scene fits the mood of the song. It was a romantic song and that should be performed explicitly. I have no problem at all if shot aesthetically. 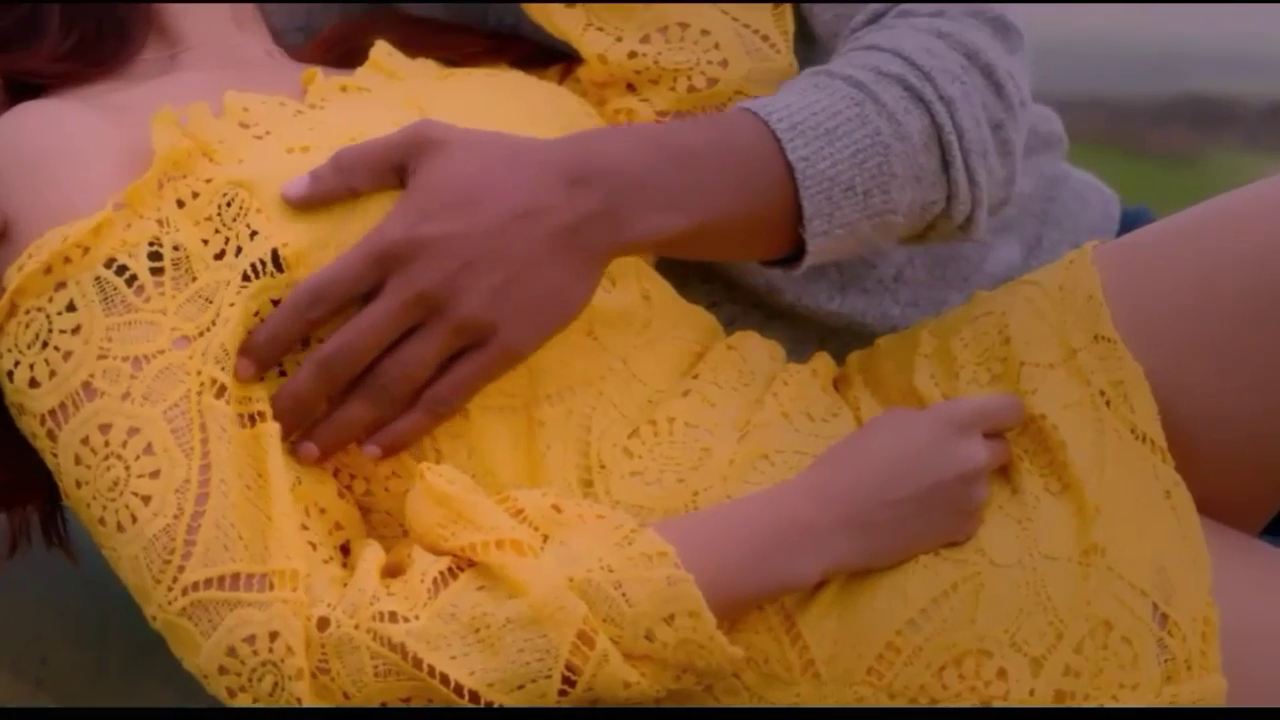 The scene where Eli Avram pressed Kajal Aggrawal assets made several headlines. However, the scene was nothing dramatized… it was what gal pals do in ladies’ toilets for fun. Not all the time for sure.

Kajal and Eli commented on the scene with the statement that the original movie “Queen” also has the same scene. They were just inspired and very cozy with each other.

Tabu is one of the great actresses working in the industry. She has won many National Awards for her impactful performances in movies and web series. Recently, she was in news for having a lip-lock scene with young Ishaan Khattar. And she has an asset-pressed scene in the old movie titled “Hawa.”

In the scene, a ghostly figure molests sleeping Tabu and the pair of hands all over Tabu’s body. Tabu said, it was an important scene and what she did was part of the acting job.

11. Shahana Goswami in A Suitable Boy

Shahana Goswami has a scene where her character’s husband came and playfully groped her chest and went to kiss her when she stopped him saying her makeup would be ruined.

She has indicated that she has no problem in intimate scenes as well as baring it all if she finds it is good for character and script. 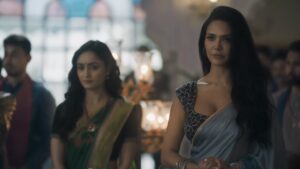 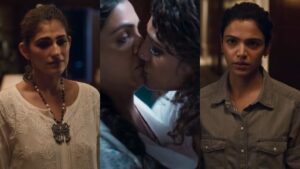 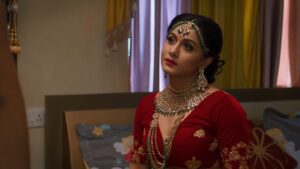