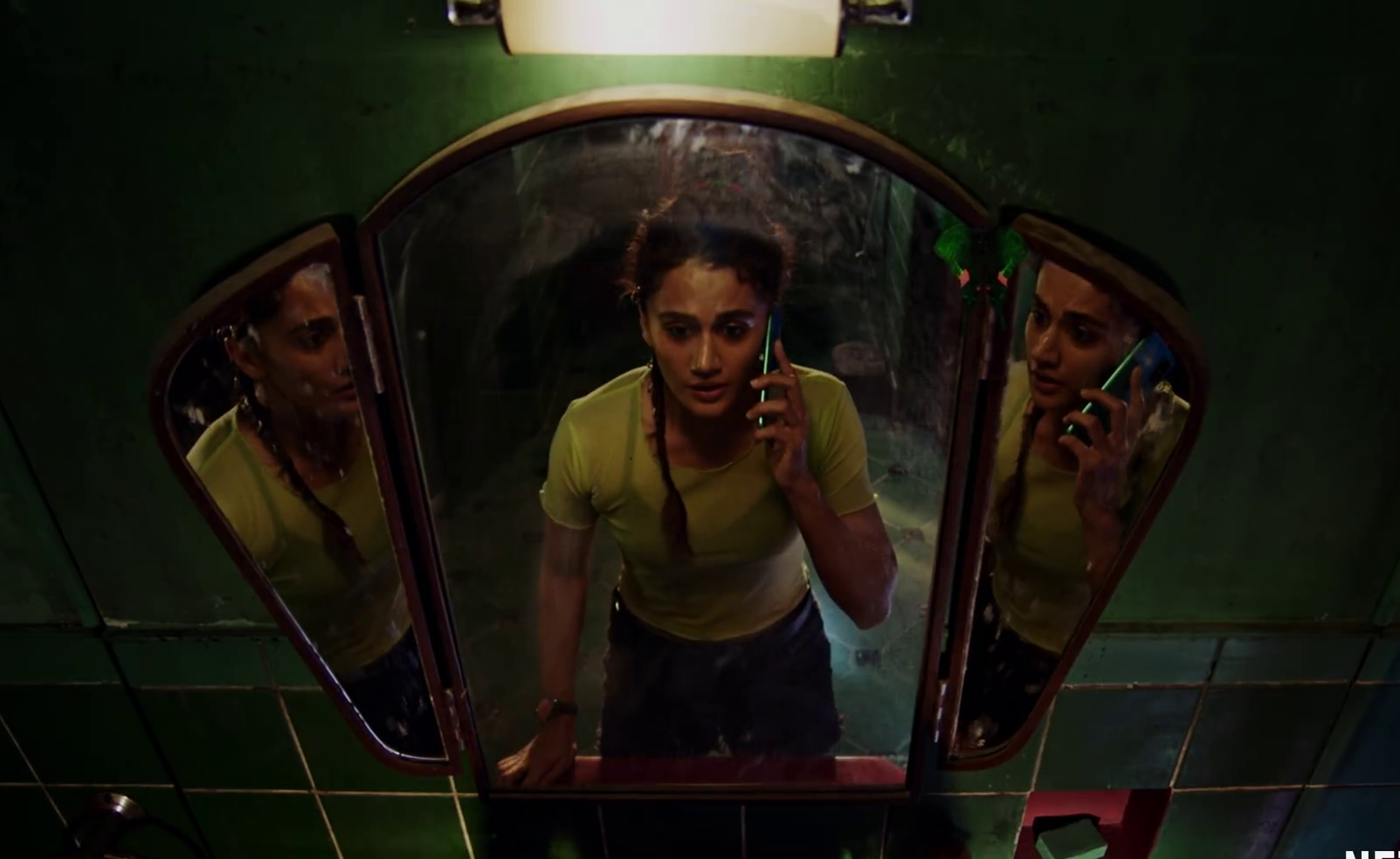 Despite being counted as an average rom-com, Netflix’s Looop Lapeta is getting the enormous buzz from fans. Taapsee Pannu’s Looop Lapeta also has Tahir Raj Bhasin and Shreya Dhanwanthary in pivotal roles. The whole star cast has been promising the movie for a while.

Finally, the trailer of Looop Lapeta has been released and it is getting good reviews from fans. While the movie is a loose adaptation of the 1998 experimental thriller Run Lola Run, it has some newness to it.

Taapsee Pannu and Tahir Raj Bhasin’s Looop Lapeta’s is set to release on Netflix on February 4. In many interviews, the Looop Lapeta cast shared their memories while making the film.

Looop Lapeta’s trailer is definitely out-of-the-box, quirky, and eccentric. It is unlike any other film trailer one has seen in recent times. The trailer also resonates with pop-culture elements and millennial lingo.

Actors spoke that they have planned to appeal to the demographic such as Tahir Raj Bhasin’s character Satya wearing a nose pin. The film is created for the millennials at the same time true to the Indian audience.

Talking about his memories of watching the original film Run Lola Run, Tahir adds, “I remember watching it in college and loving it because it was so path-breaking. The music was outstanding and the whole treatment was a game-changer. However, I didn’t rewatch or revisit it closer to filming Looop Lapeta because I didn’t want it to influence my performance.”

Taapsee, on the other hand, had a lot of running to do in the film and the trailer gives a glimpse of the same. Talking about how she stayed fit for all that, Taapsee says, “Oddly, the shooting of Looop Lapeta coincided with that of Rashmi Rocket. I was shuffling between the two, and my training for running actually helped me more in Looop Lapeta than Rashmi Rocket.”

“Surprisingly, I ran more in Looop Lapeta than I did in Rashmi Rocket. In fact, here I was running on footpaths and roads, so we also had a physiotherapist with us just in case there was any injury.”