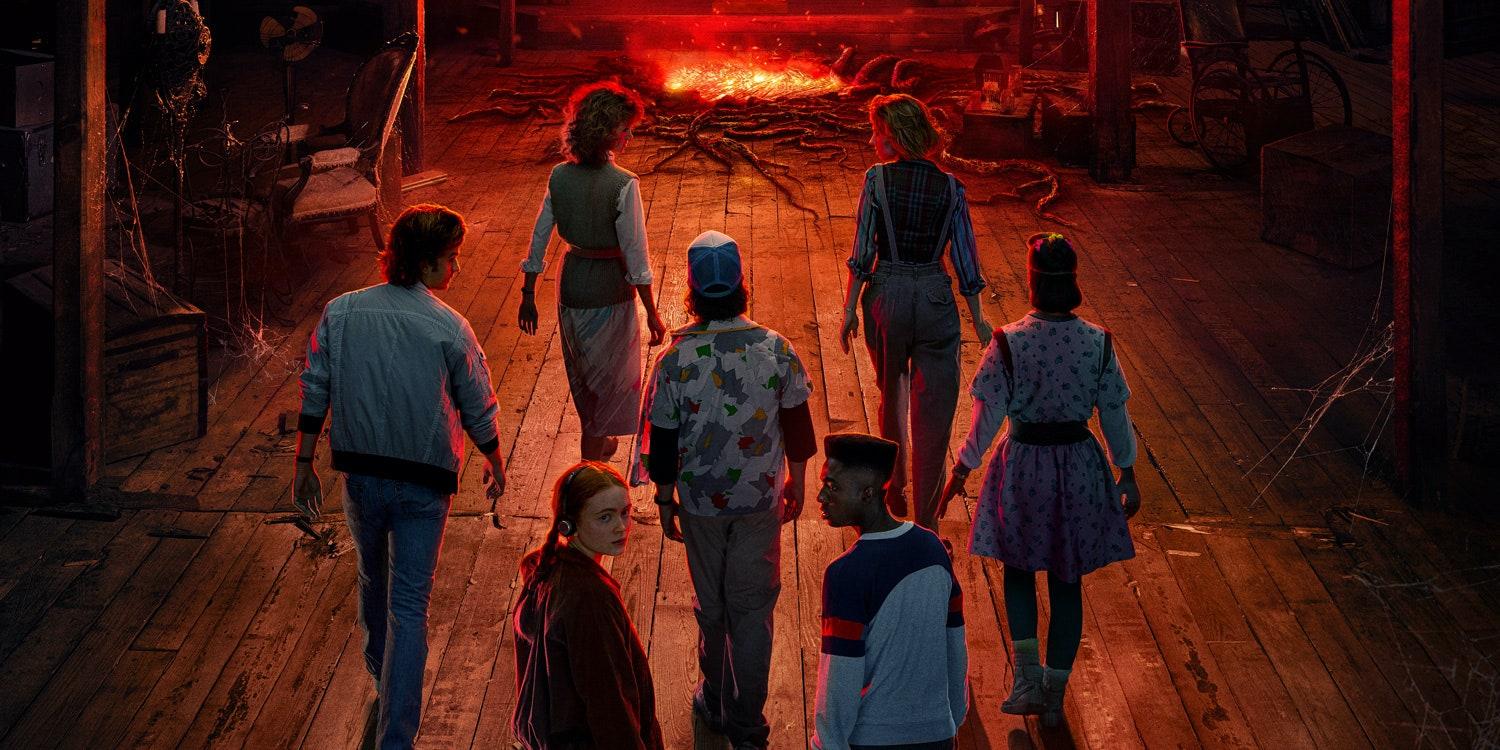 No matter how many new OTT platforms came out, Netflix is still the streaming giant. Also, all the big OTT channels release their shows weekly while Netflix gave us something to binge-watch. Netflix revealed the release date of the much-awaited Stranger Things Season 4.

The fourth season of the popular Netflix show Stranger Things is set to be released in two volumes. Stranger Things Volume 1 will release on 27th May with volume 2 releasing on 01st July.

The series creators Duffer Brothers penned the note mentioning the runtime of season 4 which is twice the length of all previous seasons. Probably this is the reason Stranger Things Season 4 is released in two volumes.

Before the official announcement via social media, Netflix teased its fan with many official posters of the show. The first poster shows Joyce, Hopper, and Murray in Russia. The second poster featured Eleven in the Hawkins Laboratory’s corridor. The third image featured the whole cast in Creel House. And the fourth image poster featured a few characters in California.

Just after the release of these official posters, various fan theories started circulating on the social forums discussing the meaning and hidden Easter eggs in the shows. The latest revealed poster of the Stranger Things Season 4 is the amalgamation of the entire earlier released posters.

Stranger Things Season 3 was released back in 2019. While makers were eager to bring another season as early as possible, the production halted due to the COVID-19 outbreak and global lockdown. Good news for Stranger Things fans as the show will be renewed for season 5 as well.

At this point, be excited as Stranger Things season 4 is releasing on 27th May and 1st July. This is one of the much-loved web series from Netflix.