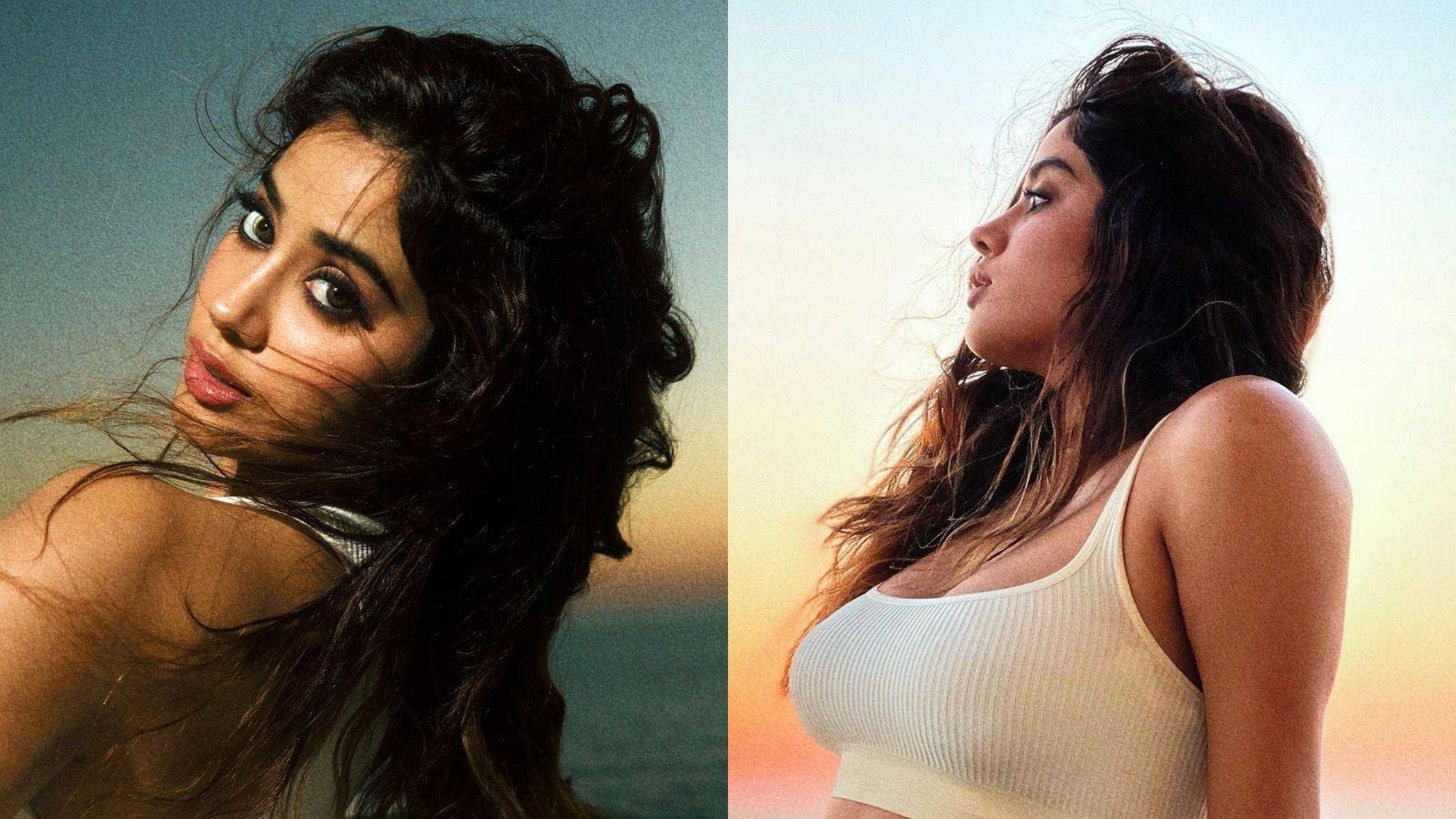 Janhvi Kapoor uploaded a few of her stunning pics enjoying the sunset hour. She looks stunning in these pics. Check these gorgeous photos of the Bollywood Diva. She donned the casual look with free-flowing hair.

You can easily spot the glorious view of the sunset by the beach. She looks breathtaking in her white crop top and denim. The messy hairdo and sunset hues have just made it a scenic beauty.

If you follow Janhvi Kapoor on Instagram, which you should, you would notice Janhvi has a soft spot for sunsets. This is not the first time Janhvi Kapoor has uploaded her pics enjoying sunsets.

Janhvi Kapoor On Her Tollywood Debut Opposite Jr. NTR

There are speculations that Janhvi Kapoor is going to make her debut in South cinema. Sources were buzzing and they even paired Janhvi Kapoor with Tollywood star Jr. NTR. For the record, Jr. NTR will be next seen in the movie directed by Buchi Babu Sana.

When Paparazzi asked Boney Kapoor the same, he cleared the air. He stated, “It is nothing more than a social media rumor. Social media is a strange place. Every other day, a new rumor emerges. The rumors that Janhvi has been cast in NTR’s film fall into the same category.”

While it is a bit sad for Janhvi Kapoor fans, Boney Kapoor clarified that Janhvi will surely make Tollywood’s debut soon.

The producer went on to say on the record, “Many fans of Sridevi have been asking about her acting in Telugu cinema. The fans here are indeed special to us and she will soon do it. I want to see her act someday in a Tollywood film too, as much as you all want to.”