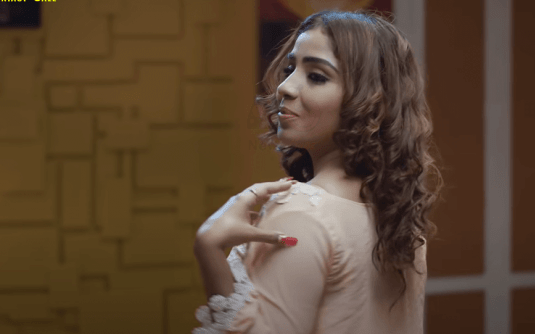 Aayushi Jaiswal now become the household name in India with her success on OTT platforms. She started her career with the short film titled ‘Marital Abuse’. Later, she was seen in an episode of the Criminal Life series.

The actress shot to fame with her Ullu Web Series Hotspot Charr Charr. Later, she collaborated with Ullu Originals for many other projects such as Charmsukh Kamar Ki Naap, Fantasy CallHotspot, and many more.

We have to consider Charmsukh Kamar Ki Naap the best web series of Aayushi Jaiswal yet. This Charmsukh episode is set on the backdrop of a rural village and cast Sharanya Jit Kaur opposite Aayushi Jaiswal. The scenes shot between Sharanya and Aayushi went viral on the internet.

Palang Tod Damaad Ji web series belongs to Rajsi Verma. However, Aayushi Jaiswal made us feel her presence throughout the series. The actress shines in the scenes even when she was not in the spotlight. Palang Tod Damaad Ji is one of the most-watched episodes from the anthology series.

The story revolves around Mohan who had to sit at home for a few days due to an injury caused by a minor accident. As his wife Kumud (Aayushi Jaiswal) also works, she invites her mother Ranjana to take care of Mohan. Later, Ranjana gets close to Mohan, and her craving for him leads them to the path of distracting the meaning of relationships.

Fantasy Call is an anthology series from Hotspot Ullu. The web series cast Aayushi Jaiswal in the lead role. The story revolves around a young man who is enthralled by a sensual telephonic call finds himself trapped by a beautiful woman and her partner.

Their proposal for two plus one lovemaking eventually lands him up in a cloud of doubt and deceit. You can watch online Fantast Call Hotspot on the Ullu app.

Hotspot Charr Charr talks about internet scams with a story that people can actually enjoy. The series cast Abhishek Mishra, and Aayushi Jaiswal in the lead role. The story follows a newlywed couple Mudit and Chanda. Mudit’s newlywed wife Chanda is increasingly vexed by the creaking sound of their ancestral bed.

Hence, after much thought and on a friend’s advice, Mudit decides to sell the bed online on the ULX App where he gets a handsome deal of Rs.17000 for his bed. But is the app secure and the buyer trustworthy?

As the name suggests, it is a comical love story of a newlywed couple. The web series is available to watch online on the Boom Movies app.

Aayushi Jaiswal also worked with the Hothit app for the short film titled Maya. The story revolves around Maya who is a very successful Supermodel and famous for her remarkable Beauty! Maya has graced the cover of countless magazines. However, her snotty and arrogant behavior also comes in the package of being a Successful Supermodel.

Maya decides her shoots and even the pay independently. During a fashion shoot, she met a charming fashion photographer Jack, who’s stealing the spotlight of her with his beguiling smile. The shoot was successfully done and all the crew left the studio.

Now Only Maya and Jack have left there, while Jack was packing his camera, and suddenly Maya puts her hand on his shoulder, and within seconds, Jack fell in love with her beauty. The next day, Jack went missing. He just went vanished.

The strange thing was it is happening frequently with only Maya. After Five Years of Investigation by experienced detectives, it is revealed that Maya is behind all this. She wanted to stay young and fascinating, by involving with handsome guys.

Chhinar Web Series comes from Rabbit Movies. It cast Aayushi Jaiswal, Hritik Yadav, and Vinod Tripathi in the lead role. The story revolves around a girl named chameli, a village Pradhan did a fake marriage of this girl and his son for his personal use, but they fall in love in real life and can’t be separated. You can watch online Chhinar on Rabbit Movies app.

As per the record, Marital Abuse was the first gig of Aayushi Jaiswal. The short film was written and directed by Ranjan Kumar. It talks about such thought-provoking topics.

Criminal Life is MX Original web series with each episode talking about different issues. Aaysuhi Jaiswal was featured in the last episode of season 1. You can watch the Criminal Life on MX Player series.

Voovi App is about to launch in a couple of weeks. 4 Saheliyaan is one of the most awaited web series from Voovi App. The web series cast Rekha Mona Sarkar, Muskaan Agarwal, Paromita Dey, and Aayushi Jaiswal in lead role.

Sources revealed that Aayushi Jaiswal is confirmed to play a significant character in Netflix Original series Jamtara Season 2. Jamtara season 1 was a huge hit and Netflix decided to bring back season 2 with another gripping plot around scammers.

Meet The Cast Of Too Hot To Handle Season 2, Watch Online On Netflix Entertainment 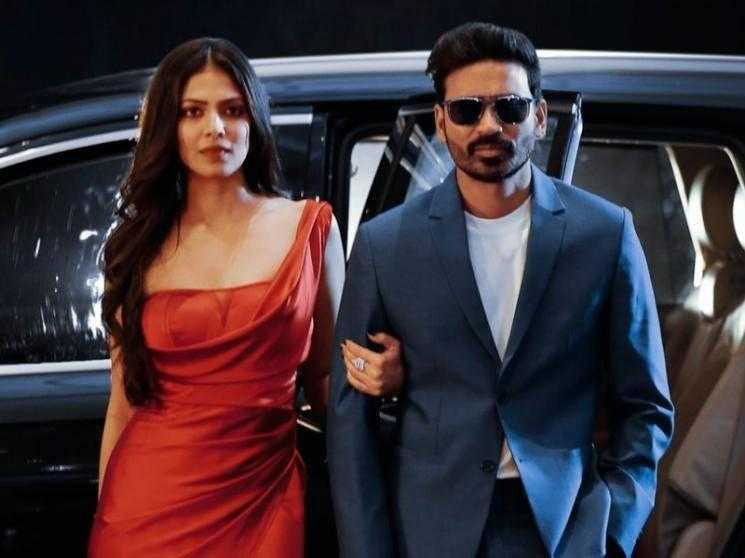