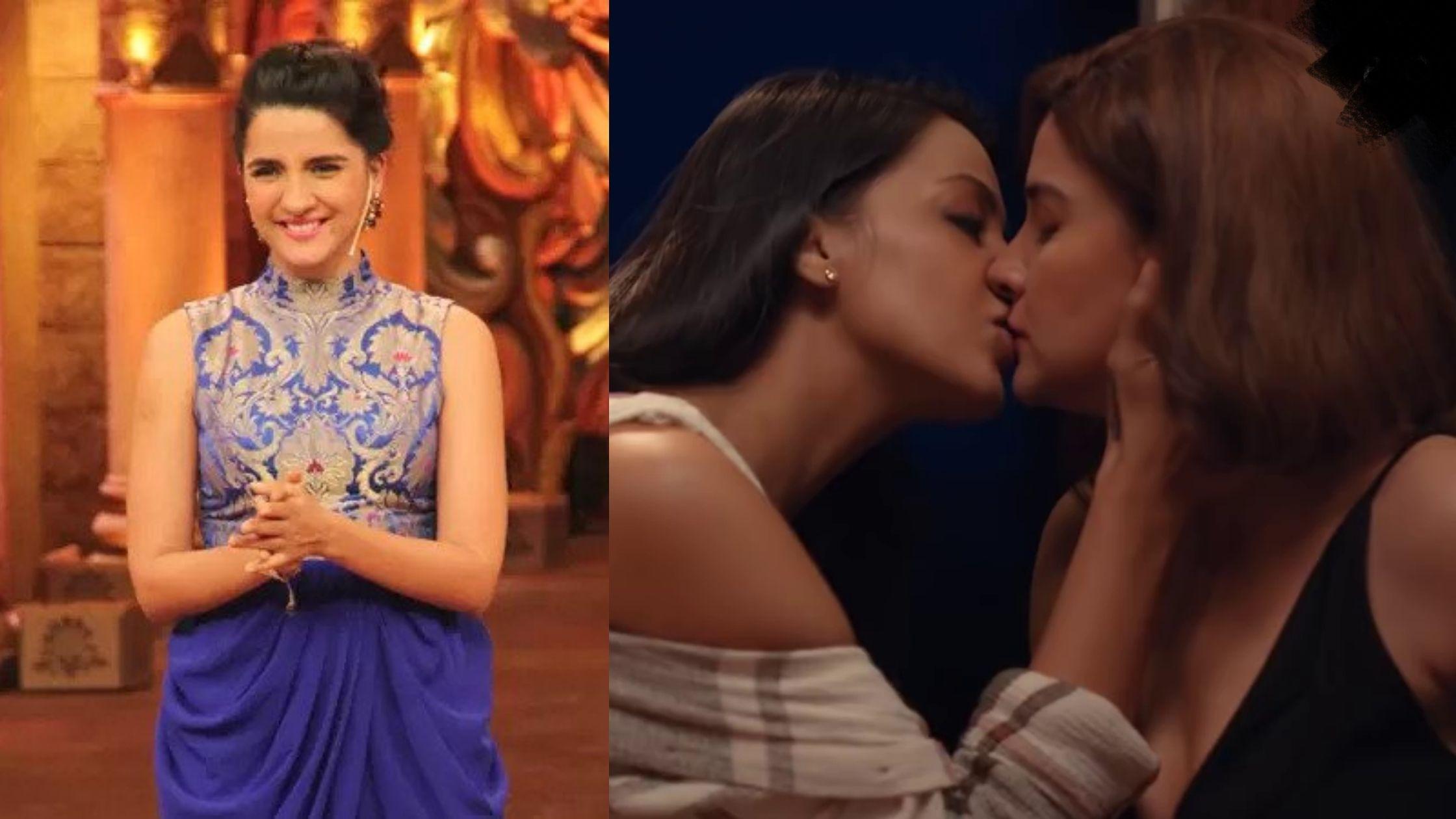 Zee5 has released the trailer of Bloody Brothers. The web series was already in limelight because of Jaideep Ahlawat and Zeeshan Ayyub in the lead role. Well, the trailer gave us another reason to binge-watch the whole series when it releases on Zee5.

TV actress Shruti Seth has done something which is unexpected from her. If you are darting your mind to search for Shruti Seth, look no further. You might have seen Shruti Seth in the political drama Rajneeti opposite Arjun Rampal. If not Rajneeti, then you haven’t missed her in the Comedy Nights show as she was the anchor for years.

Little you know that the Shararat Fame actress would ever take such projects. Well, the actress went on to plant a kiss on her female co-star at the age of 44. One particular scene from the trailer where Shruti Seth can be seen getting kissed by a woman made the web series a lot more exciting.

As the trailer suggests, Shruti Seth is playing the better half of Jaggi played by Jaideep Ahlawat. There are two scenes that show creators are making Shruti’s character as the honey trap for the audience. It is indeed working well as the audience is taking interest in the web series.

Recently we have seen the girl-on-girl action in the Human web series between two veteran actresses Kirti Kulhari and Shefali Shah. Now, there’s a scene in the Bloody Brothers web series as well with one of the lead actresses Shruti Seth.

It would be interesting to see whether the creators had used the scene for titillation or it adds something to the story. Meanwhile, Bloody Brothers would be an interesting watch. The web series will be available to watch online on Zee5 from 18th March onwards.