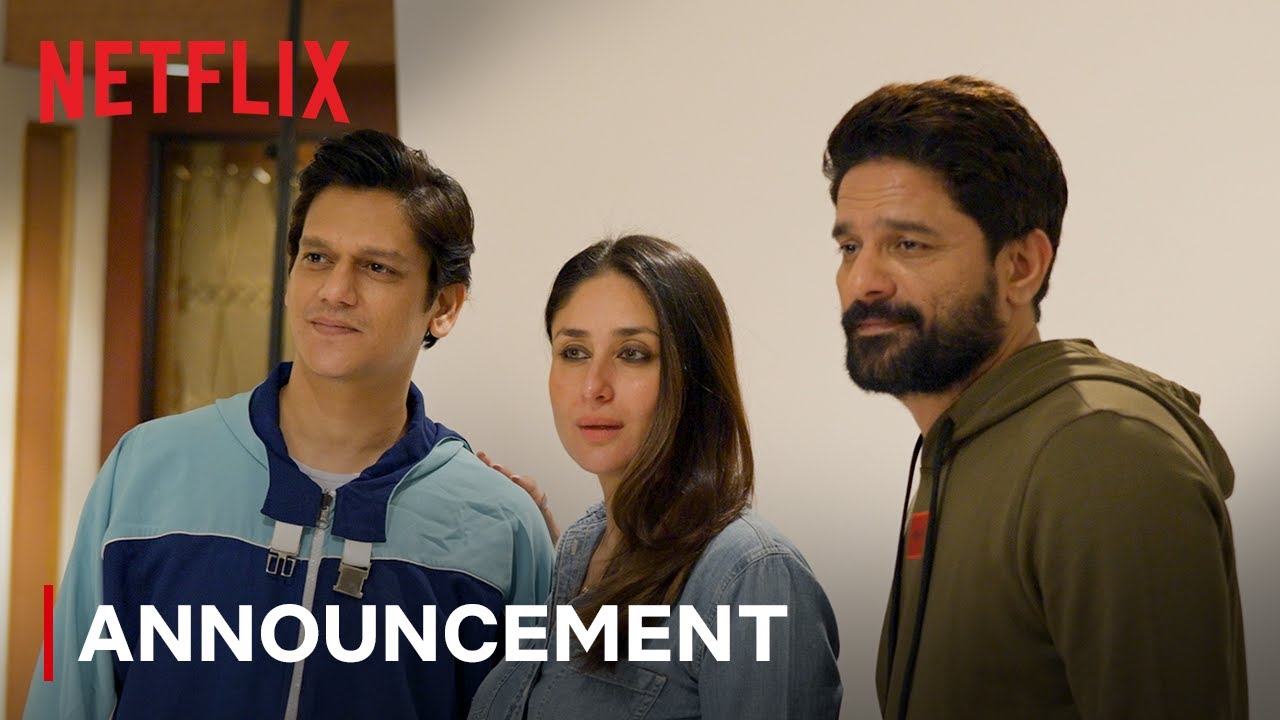 The big news of today is undoubtedly the OTT debut of Bollywood actress Kareena Kapoor Khan. The actress is approached to play the leading role in Netflix’s screen adaption of Japanese author Keigo Higashino’s work ‘The Devotion of Suspect X’.

Director Sujoy Ghosh took the director’s chair for this book adaptation. The actress and Netflix team made the announcement on Monday with the lead star cast of the show.

This untitled movie project also cast Jaideep Ahlawat and Vijay Varma in significant roles. The actress took social media to make the announcement about her OTT debut. She wrote, “And so it begins… 12th Street Entertainment and Northern Lights Films in association with Boundscript and Kross Pictures present a Netflix Original directed by Sujoy Ghosh. Produced by Jay Shewakramani and Akshai Puri. Produced by Sujoy Ghosh and Thomas Kim.”

Netflix also shared the raw footage from the script read session. Talking about her OTT debut, Kareena said, “I’m very excited to be a part of this project for several reasons… This film will mark my streaming debut and it’s my return to acting after my second child with a stellar cast and crew.”

The story and characters of ‘The Devotion Of Suspect X’

The story has a gripping narrative where the protagonist is a single mother living with a daughter. Her husband is abusive and often came to threaten and rob them. One day, the mother and daughter duo accidentally killed the husband.

The caring neighbor came forward to offer help. In order to hide the truth from detectives, he went on a killing spree until one day he got arrested for his wrong deeds. In the end, the mother and daughter also confess their crime out of guilt.

As a casting director, we can supply some theories here. Since creators have announced three big leads of the movie. We can easily put our actors in the characters.

Kareena Kapoor Khan is playing the single mother in the web series.

Vijay Varma is playing the caring mother, while Jaideep Ahlawat is either playing the husband or investigative officer.

If adaptation is completely switching the gender roles or coming to surprise us in the best way possible then these theories can be wrong too.