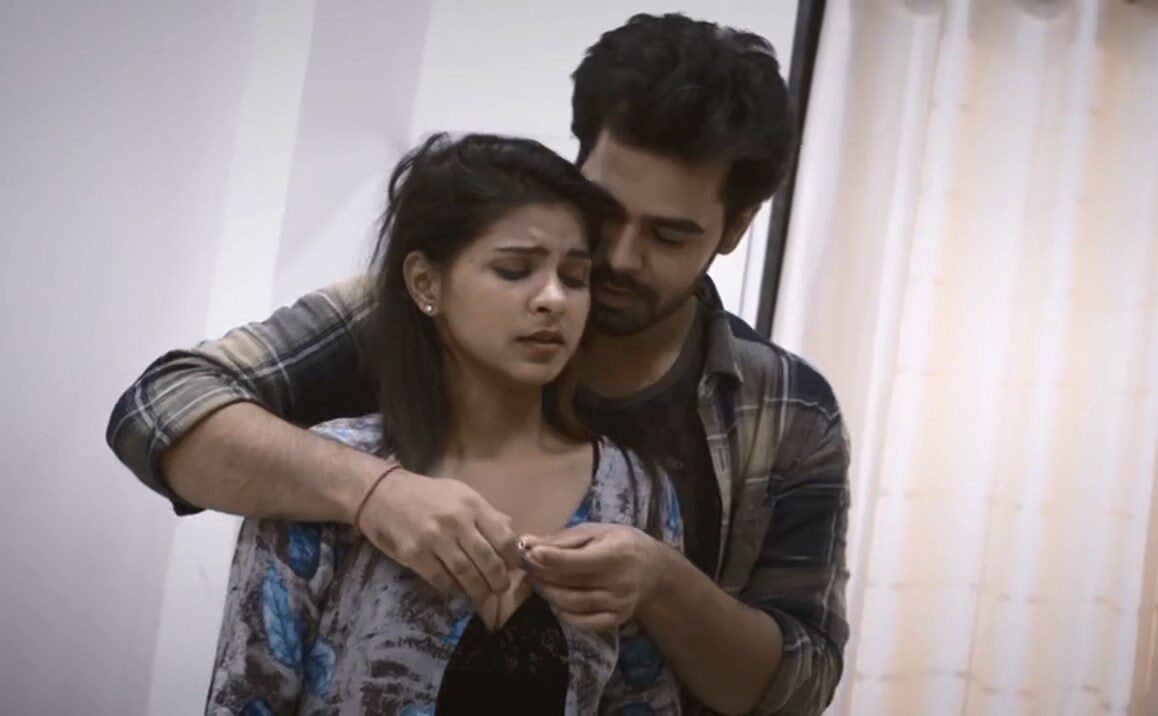 Boom Movies brought another web series titled Hostage House. The web series has a gripping and engaging storyline. Even though Boom Movies falter in the execution as blood looks fake, they have managed to elevate the material with actors’ chemistry with each other.

Hostage House cast Pooja Kashyap, Yogi, and Yogesh in the lead role. The web series is written and directed by PJ and Sanjay respectively. It is shot in a single location with a minimal budget.

Pooja Kashyap was featured in a web series after a long time. The actress has been known for many popular web series such as Hot Basanti, Daraar, and many others with the Kooku app.

Hostage House web series revolves around a couple who is getting intruded on by a stranger. He captives the husband and asked the wife to please him. Later, other mysteries and twists unravel to make the situation appealing.

Pooja Kashyap as an actress grew in all these years. She shot to fame by playing a robot in the Boom Movies Hot Basanti web series. This time too, Boom Movies made one of the best web series recently.

You can watch online Hostage House web series on the Boom Movies app by paying a small subscription fee.