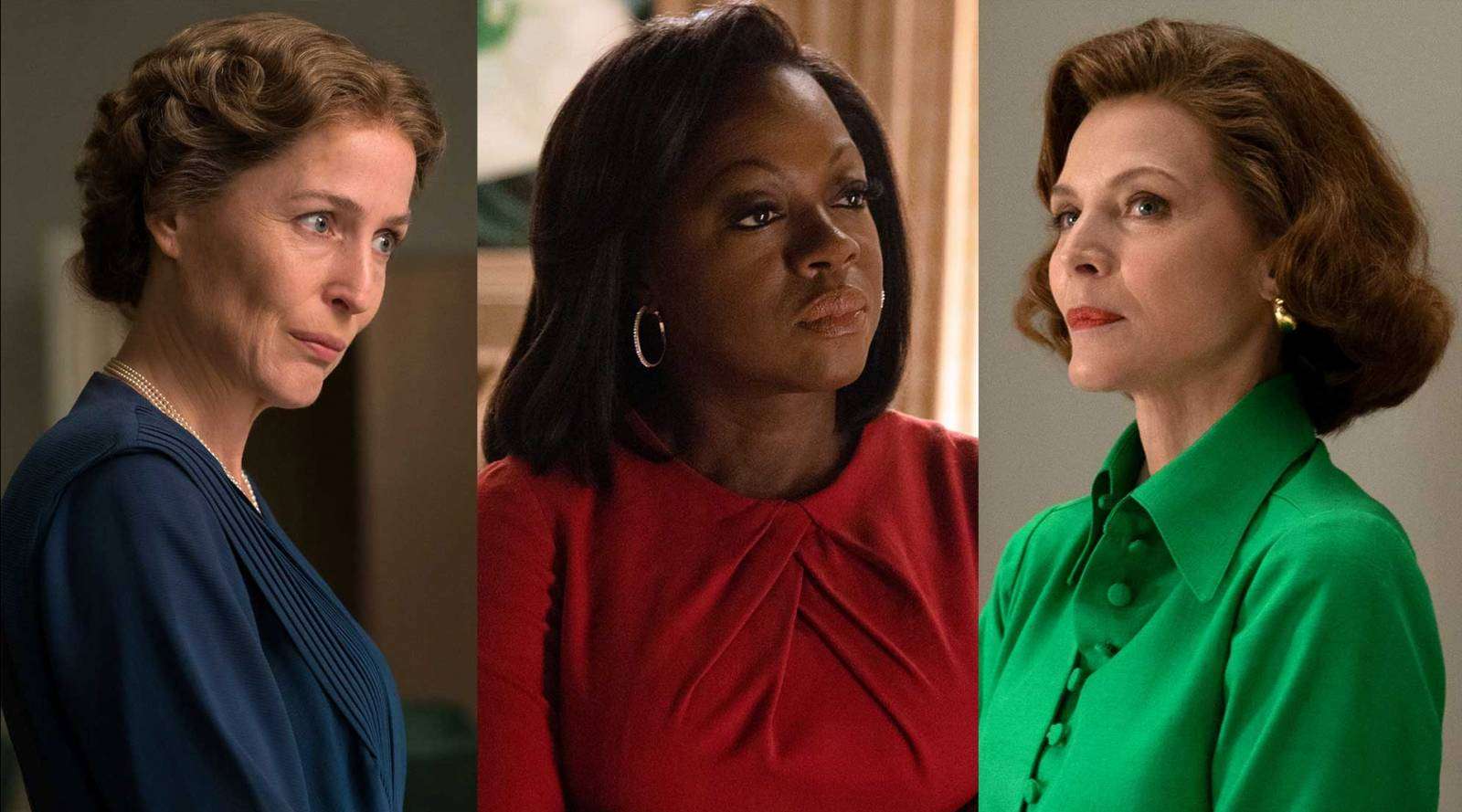 The First Lady is a biographical drama. Thankfully, many actors are not playing such historical characters for the first time.

There are only a handful of stories that clear the cutter about what goes on in the White House from the point of view of the U.S. President’s spouse. The premiere season of ‘The First Lady’ created by Aaron Cooley offers three that are ripped straight from the history books and performed by some of the most renowned actresses of their generation.

Speaking of superhero movies, the actress has also appeared in three DCEU installments so far (both Suicide Squad movies and Peacemaker) as Amanda Waller – a character who bears a few similarities to Annalise Keating, her Emmy-winning role from How to Get Away with Murder.

Before playing Betty Ford, who served as First Lady from 1974 to 1977, the last real person Michelle Pfieffer played was Bernie Madoff’s wife, Ruth, in the HBO movie, The Wizard of Lies. She also gets an Emmy nomination for her performance.

The actress also starred in 1993’s politically inspired drama, Love Field, which earned her her third Oscar nomination after 1989’s Dangerous Liaisons and The Fabulous Baker Boys from 1990.

Like Viola Davis, Pfeiffer is a DC movies veteran, haven given one of the greatest Catwoman portrayals ever in 1992’s Batman Returns, and would also join the MCU as Janet Van Dyne in Ant-Man and the Wasp in 2018.

Before playing Eleanor Roosevelt – the United States’ longest-serving First Lady (1933-1945) – Gillian Anderson played royalty (Catherine the Great’s mother, Joanna, with Hulu’s The Great cast for Season 2) and former British Prime Minister Margaret Thatcher on Season 4 of Netflix’s The Crown – for which she received her second Emmy.

The Chicago native won her first Emmy for her most iconic role, FBI agent Dana Scully, on one of the greatest sci-fi shows ever, The X-Files. Anderson has also starred on NBC’s Hannibal as the title character’s psychiatrist, the personification of all media on Starz’s American Gods, and a sex therapist and mother in the Sex Education cast for Netflix.

Playing Michelle Obama’s younger self is Jayme Lawson, who was last seen holding a political position in The Batman cast as Gotham City mayoral candidate Bella Reál in 2022.

She made her feature film debut two years earlier in Farewell Amor and will next share the screen with her The First Lady co-star, Viola Davis, in the historical epic, The Woman King, in 2022.

Also, later this year, she will play another historical figure – civil rights activist Myrlie Evers, widow of Medgar Evers – in an upcoming biopic about Emmett Till.

Playing Gerald and Betty Ford’s daughter, Susan, is Dakota Fanning, who debuted in an ER episode before becoming one of her generation’s most renowned child stars with movies like 2004’s Man on Fire, War of the Worlds the following year, or Coraline as the title role.

Playing Cherie Curie in The Runaways led to more adult roles like Squeaky Fromme in the Once Upon a Time in Hollywood cast or Sara Howard on TNT’s period crime drama, The Alienist. Fanning’s upcoming film, The Nightingale, will be her third collaboration with her sister Elle.

The actress has well over 100 other acting credits but is best known as Cheryl Tunt in the Archer cast and for multiple blockbuster franchises – namely the MCU as Ant-Man’s ex-wife, Jurassic World as Bryce Dallas Howard’s sister.