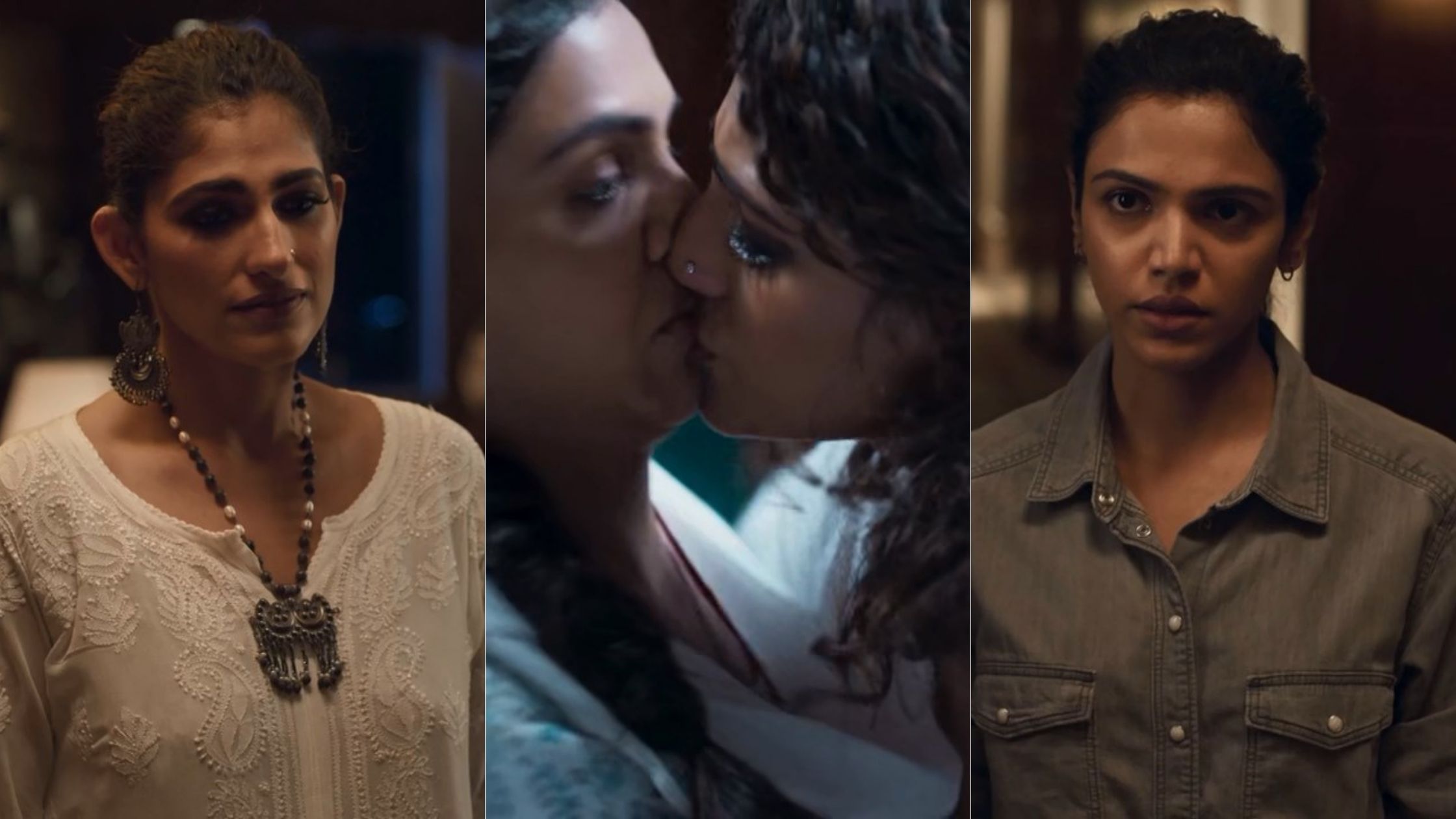 Ever heard of an “L from LGBT kiss episode” in TV series and web series. It is very visible in the context of the Indian web series these days. While there are dozens of web series following the romantic relationship of a gay couple, there are some sequences specially used to hype the crime-thriller genre.

Both the actresses are known faces of Indian OTT. Kubra Sait shot to fame by playing the character of Kooku in Netflix’s Sacred Games. Shriya Pilgaonkar made a name for herself with Amazon Prime Video’s Mirzapur.

Here, we go through scene by scene to break down the kiss and understand the anatomy of the moment shared between Shriya Pilgaonkar and Kubra Sait.

Murder In Agonda is a murder mystery pretty complete with its dark humor and representation. However, the creators added an extra slice by making the protagonist a queer character. If this is not enough, they gave a separate storyline different from the murder mystery to the actress.

Even though Shriya Pilgaonkar and Kubra Sait’s story seems disconnected from the setting of a murder mystery. However, fans enjoyed it thoroughly. With the cliffhanger in the climax scene of ‘Murder In Agonda’, creators have utilized the storyline to make season 2 more personal.

Good thing that popular actors like Shriya Pilgaonkar and Kubra Sait are coming forward to essay queer characters in web series. It may impact drastically on viewers’ minds and we look forward to building a new society.

To normalize the LGBTQIA+ category, more A-list celebrities should take up the roles. Movies are the way to change society once and for all.