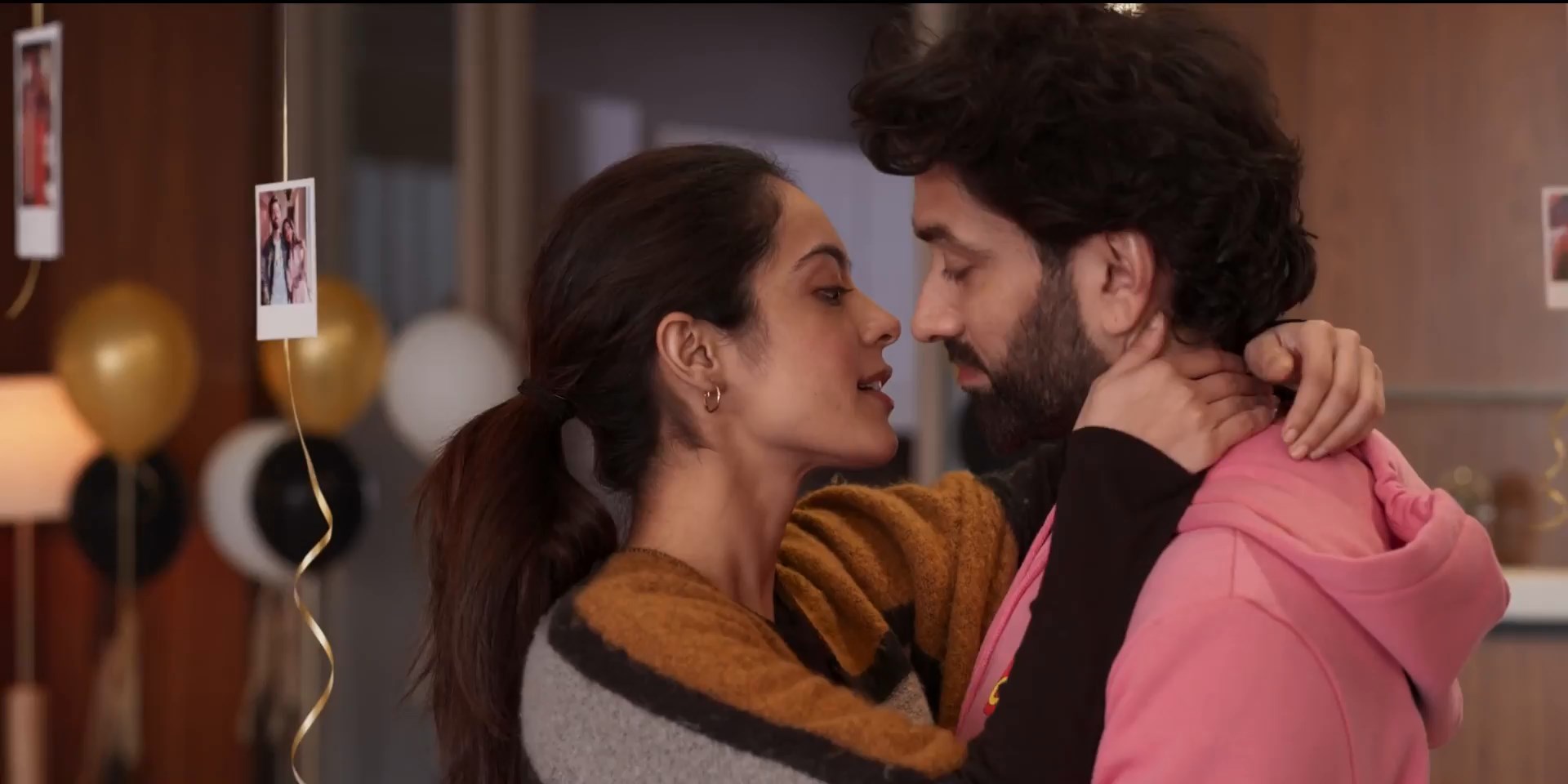 ‘Never Kiss Your Best Friend Season 2’ picks up right from where the previous installment ended, with Tanie Brar (Anya Singh) moving on after her breakup with best friend-turned-boyfriend Sumer Singh Dhillon (Nakuul Mehta).

However, destiny has other plans for them, forcing them to reunite after a long separation. Will the duo’s rekindled friendship bring them closer, or will it cause them to split up again?

‘Never Kiss Your Best Friend Season 2’ is presented on a large canvas, just like Bollywood romcoms, particularly Karan Johar’s films, with wealthy people living in lavish homes, working in luxurious office space, emotional and romantic songs humming in the background to enhance the drama, and so on.

There are enough emotions, drama, friendship, perplexity, and romance to keep viewers engaged. At the same time, it remains committed to keeping the narrative simple, making the show a light-hearted watch that demands constant attention.

The series is adapted from Sumrit Shahi’s book of the same name, who developed the series with Durjoy Datta and Mishkka Shekhawat, making lots of favorable changes in the story to make it interesting for the web-show format.

The series shows Tanie has low self-esteem and the drama surrounding her failed writing career, following the publication of her second novel. Tanie is trying to reclaim her life when she is offered the opportunity to write a screenplay for an upcoming web series, forcing her to confront her ex-boyfriend Sumer, the director of the same show.

Will their complicated feelings for each other resurface now that Sumer is back? The plot revolves around how they will react to each other. Helmed by Harsh Dedhia, focuses on a millennial’s dilemma over love-hate romances, and an overall confused state of mind about right and wrong.

Karan Wahi And Sarah Jane Dias Introduction In The Show

The screenplay introduces two new characters: Lavanya (Sarah-Jane Dias), the heiress to London’s largest production house, who hires Tanie and Sumer as a writer and the director for her first web series as a producer.

Her eyes are set on Karan (Karan Wahi), a popular actor who she wishes to cast as the lead of the show. Complications, drama, unfamiliar emotions, and new connections emerge as Lavanya and Karan become more involved in Sumer and Tanie’s lives.

The subplot involving Lavyana’s feud with her brother Rajiv (Karanuday Jenjani) over the business’s inheritance is, however, overly stretched. Tanie’s uncle, Bittu Mama (Jaaved Jaaferi), has a love story of his own, about an old crush named Sangeeta (Deepti Bhatnagar), which is adorable.

Similar to its predecessor, this eight-part series is narrated by Tanie, who frequently breaks the fourth wall, helping viewers to establish a connection with the character. Always dressed in colorful and hot dresses, sassy Anya Singh infuses affection into her character through witty dialogues and expressions.

OTT space is flooded with crime thrillers and intense drama, Never Kiss Your Best Friend Season 2 offers a breath of fresh air by focusing on the ups and downs in the lives of two best friends. The story definitely has all the elements of a masala flick and looks totally inspired by the Bollywood romance. This sequel is unquestionably binge-worthy.