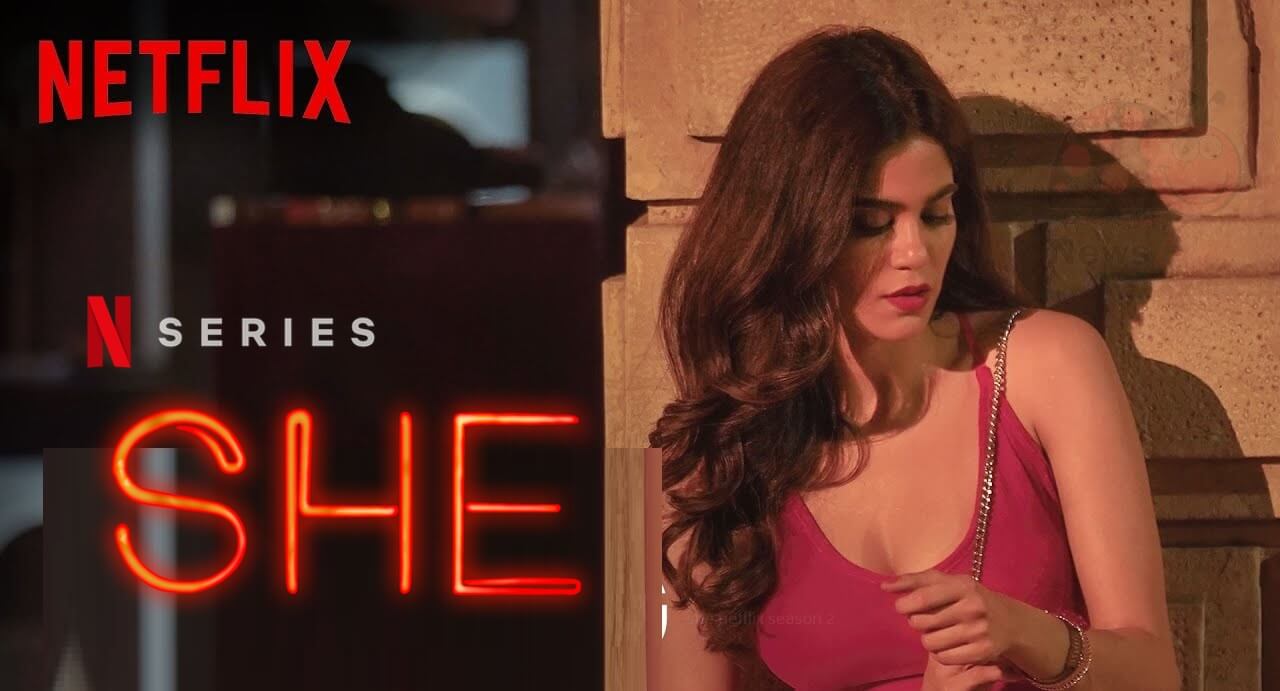 She Season 2: What To Expect From Aaditi Pohankar’s Sketchy Netflix Drama

Imtiaz Ali’s web series Netflix’s She is back with its second season. Netflix India dropped the trailer of the crime-drama series, She Season 2. Aaditi Pohankar reprises the role of Bhumika Pardeshi AKA Bhumi, an undercover constable disguised as a sex worker. The series releases on June 17 on the Netflix OTT platform.

SHE SEASON 2 TRAILER IS OUT!

A couple of days ago, with the release of Aashram web series, Netflix shared the sneak-peek of She S2. On Wednesday, June 8, the makers unveiled the official trailer of She Season 2. “Kya ye Bhumi ki kahani ka ant hoga ya phir bas uski shuruaat? Watch the next chapter of her story from @imtiazaliofficial in #SheS2, dropping on 17th June, only on Netflix! #SheS2OnNetflix (sic),” read the caption.

Aaditi Pohankar’s demure Bhumi, discovers her confidence and explores her physical needs towards the end of Season 1. In the new season, we may get to see more of her exploring her physical needs. While, last time she had to lure Sasya (Vijay Varma), this time, Nayak, a drug kingpin and a ruthless assassin, is Bhumi’s new-found love.

In the trailer, Bhumi says that she is changing, but the big question is if her loyalties are changing too? Surprisingly, fans also has big expectations from the show.

WHAT TO EXPECT FROM SHE SEASON 2

Written and created by Imtiaz Ali, She Season 2 is directed by Arif Ali and produced by Viacom 18 Studios’ Tipping Point and Window Seat Films. Bhumi is seen in a new avatar in the second season. Embracing a double life, the undercover constable constantly tussles between duty and desire while juggling responsibilities, strenuous relationships and suppressed secrets.

As she finds her caught in the complex web of Nayak’s plans, Fernandez starts doubting her loyalty. It will be interesting to see if Bhumi will be able to complete her assigned mission or not. We rarely get to see such spy drama in Bollywood.

Writer and showrunner of the series, Imtiaz Ali said, “She in the second season, remains a deeply personal story even as it catapults to a higher octane drama. As She gets comfortable in the role of a seductress, She also begins to get seduced by the charm of darkness. The thrill quotient is up, The canvas is wider and the treatment more persuasive as Bhumi struggles to decide the secrets she really wants to keep.”

The seven-episode crime thriller is directed by Arif Ali. She Season 2 is produced by Viacom 18 Studios’ Tipping Point and Window Seat Films.