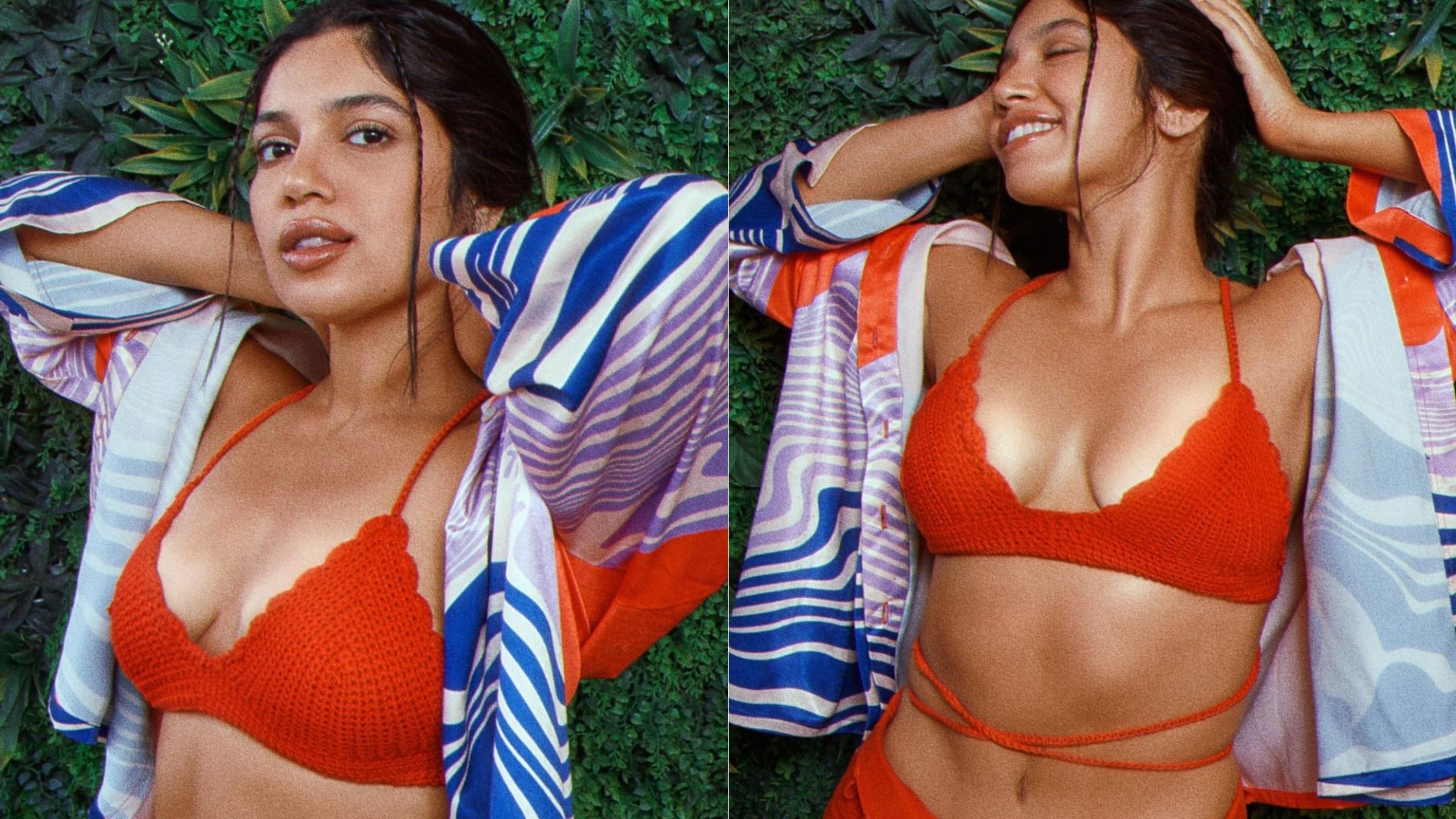 Bhumi Pednekar has stormed the internet with her Orange Bikini look. A few days ago, the actress revealed that she partnered with Nykd lingerie brand to promote the women’s undergarment. Fans are in complete awe after seeing Bhumi new avatar.

Bhumi Pednekar knows how to set temperatures soaring high with her killer looks. The actress took Instagram to share the news about her Birthday month. “Birthday Month,” captioned Bhumi on Instagram, adding a crab emoji indicating that July marks her birthday.

In the first picture, the actor looked quite dreamy, donning an orange-textured bikini top, knotted down the waist, as Bhumi struck an appealing pose with eyes closed and hands behind her head. She had worn a multi-coloured satin shrug on top of her swimsuit that had wave-like patterns.

Bhumi acted coy in the second picture, seemingly hiding her face with both hands, smiling broadly. She kept her hair in a bun, however, she braided a small lock of hair which looked quite unique.

In the third picture, Bhumi surely stole the hearts of her fans with a piercing look, as she posed in front of the camera, placing both her hands behind her neck. Her no-makeup makeup look, with a shiny lipstick shade, enhanced her looks further.

In no time, Bhumi’s post was bombarded with reactions from her fans and friends in the industry. As soon as Bhumi shared the pictures, actor Huma Quereshi commented, “Copy cat”. CO-incidently, Huma Qureshi also updated her Instagram with recent photoshoot making the same pose.

Bhumi Pednekar’s gamourous look always steal attention as people have seen her in totally different avatar. The actress is very picky about her projects and often deglam herself to portray the characters. Probably, this is the reason her collaboration with lingerie brand came as a surprise. Her recent pic in orange bikini top is a big surprise as well.

Bhumi Pednekar was last seen in Badhai Do alongside Rajkummar Rao now has another exciting project for her fans. She recently shared a video from Jodhpur where she mentioned that the shooting for her next film Afwaah alongside Nawazuddin Siddiqui.

Afwaah is a thriller and is being directed by celebrated director Sudhir Mishra. The film is a film based on a novel story rooted in the heartland of India. The actor would also star in Ajay Bahl’s The Lady Killer opposite Arjun Kapoor. Bhumi also has Govinda Mera Naam, Raksha Bandhan, Bheed and Bhakshak on her list as well. 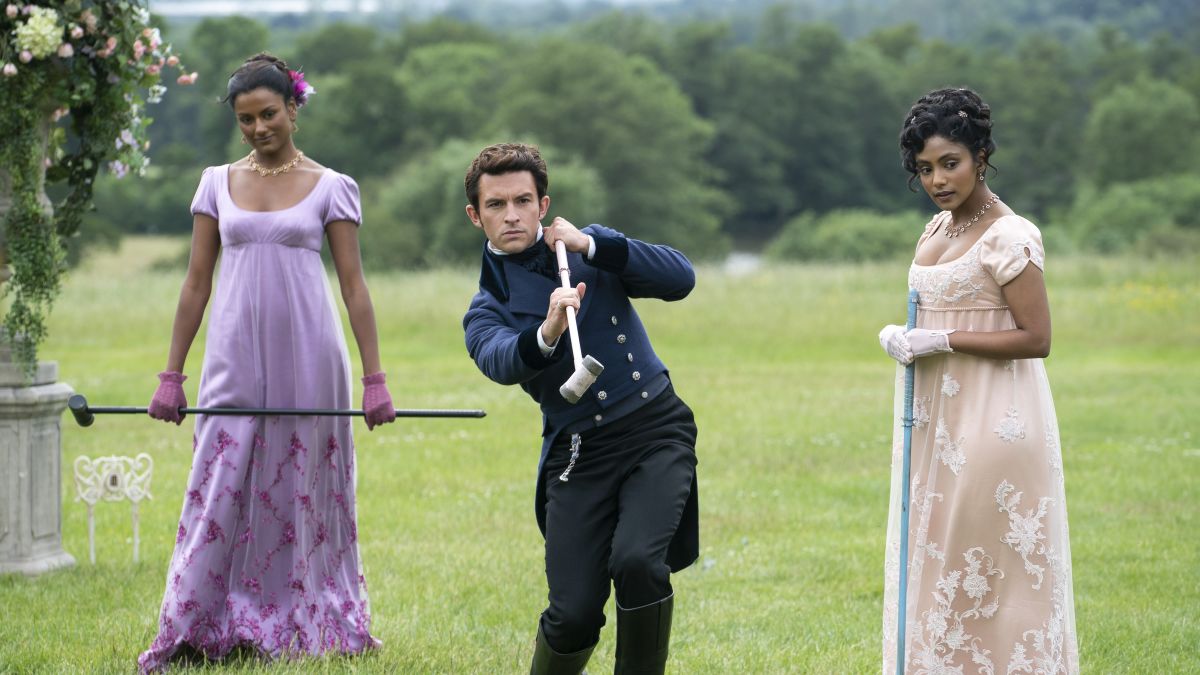 Bridgerton Season 2 Trailer: The Love Triangle In The Focus Entertainment

Netflix Jagame Thandhiram: Release Time and Everything We Know Yet! Bollywood