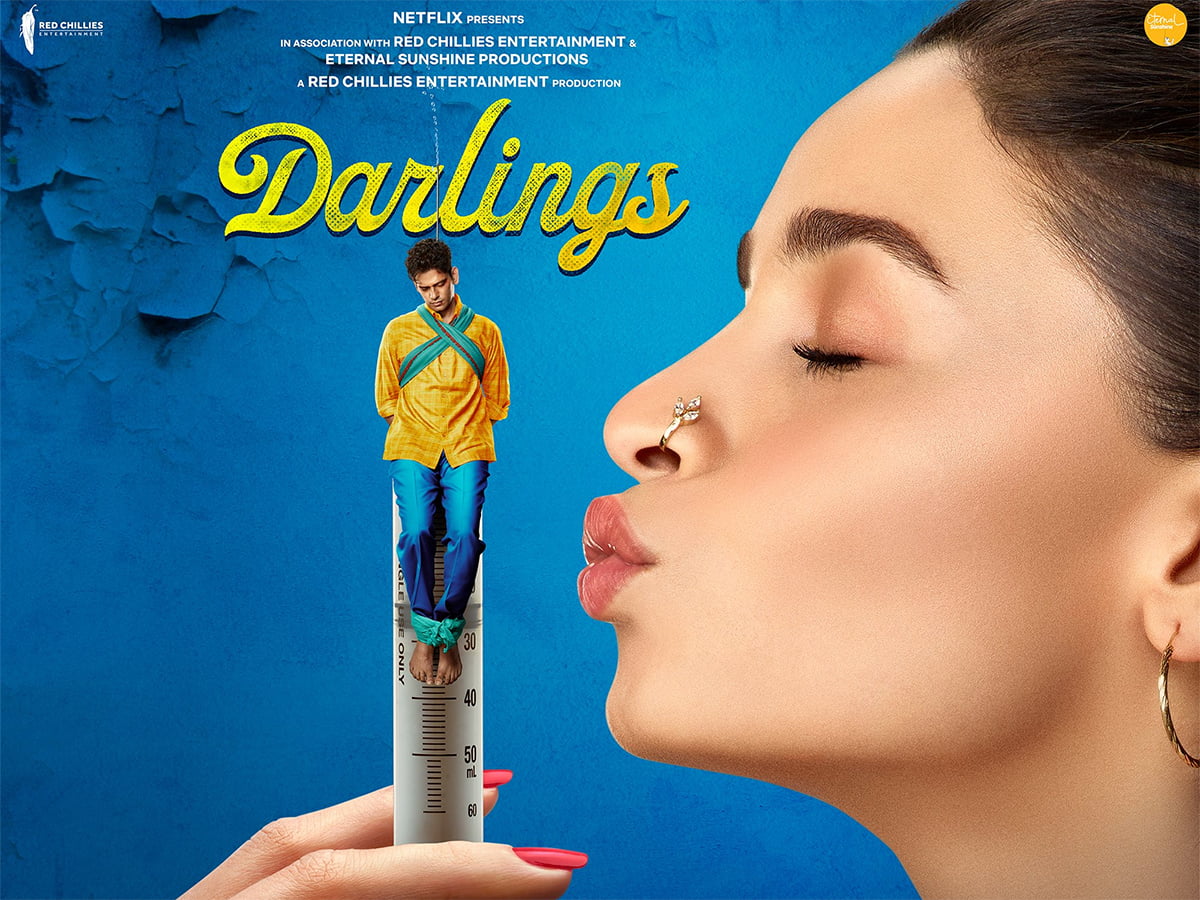 Alia Bhatt became a producer with the release of the ‘Darlings’ movie on Netflix. The short teaser of the movie is out now. Claimed to be a dark comedy, ‘Darlings’ is also the debut full-length feature film for director Jasmeet K Reen. Darlings movie will premiere exclusively on Netflix on 5th August 2022.

‘Darlings’ teaser starts with Alia Bhatt narrating the story of a scorpion and a frog. The frog was resting by a river when the scorpion came to him pleading for a ride across the river. The frog asked him what if he stings him, to which the scorpion replied that if he does that they would both sink and thus he wouldn’t do it.

However, when they reach the middle of the river scorpion stung the frog. Feeling betrayed frog asks why did he do so and the scorpion says it’s in his nature to sting. On the backdrop of this story, we see Alia Bhatt and Vijay Verma’s characters getting close, teasing moments of new love in the Darlings movie.

The trailer also has scenes of another character played by Roshan Matthew. Darlings movie teaser hinted Verma’s character is suspicious and jealous of Roshan Matthew’s character. Surprisingly, the story here is more than what one can guess. Alia and his mother, played by Shefali Shah, are involved in something more sinister although they don’t seem so on the surface.

‘Darlings’ teaser looks gripping and full of suspense and thrill. The movie is already announced as a dark comedy. The talented set of the cast all justify their characters quite well. It will be interesting to see what these Darlings have for the audience.

Produced jointly by Red Chillies Entertainment and Eternal Sunshine Productions’ ‘Darlings’ movie is a dark comedy that explores the lives of a mother-daughter duo in Mumbai, seeking courage and love in exceptional circumstances while fighting against all odds.

Produced by Gauri Khan, Alia Bhatt, and Gaurav Verma, ‘Darlings’ is directed by Jasmeet K Reen. The movie is written by Jasmeet K Reen and Parveez Sheikh. Vijay Maurya has penned the dialogues for the film. Anil Mehta and Nitin Baid serve as cinematographer and editor for the film respectively.