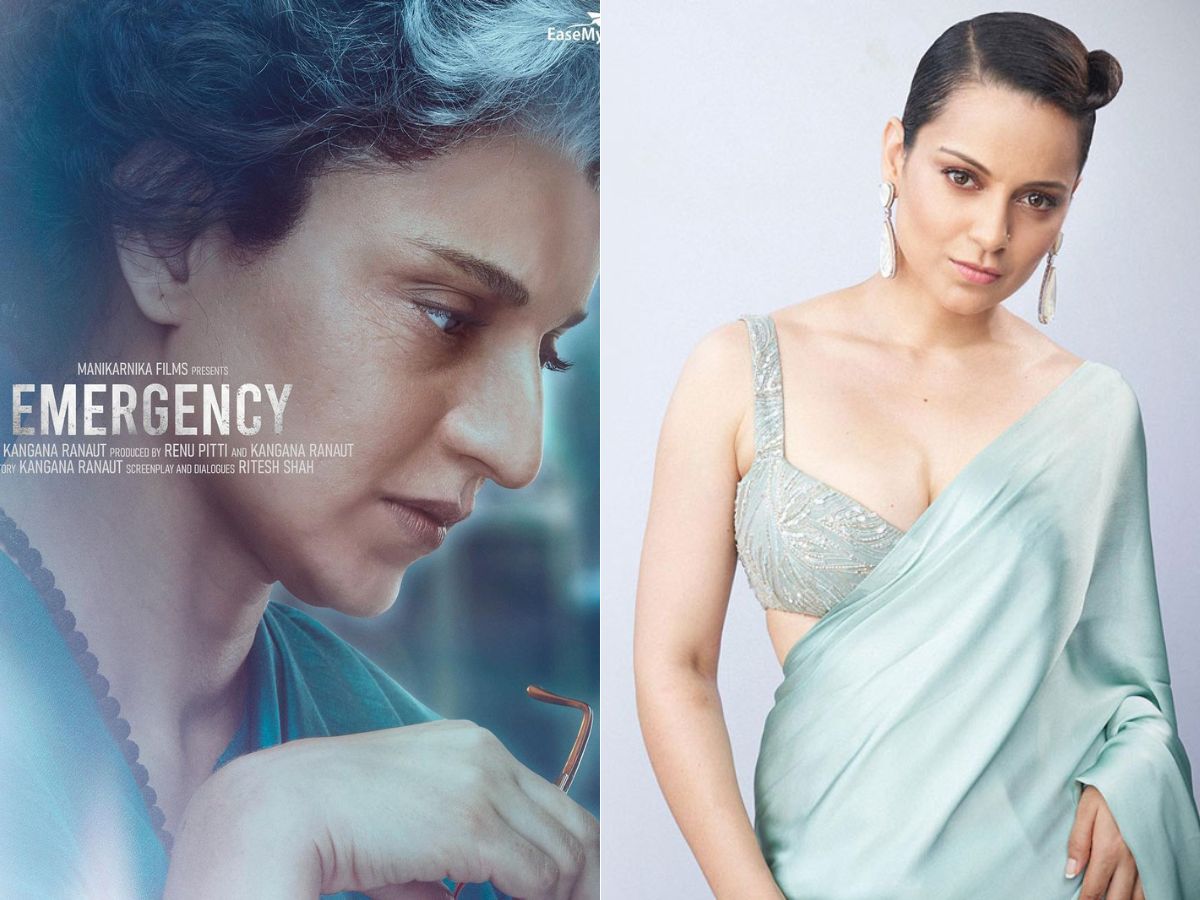 After slamming the media for calling Dhaakad a flop film, Kangana Ranaut moved to promote her upcoming film Emergency. Well, the big news is the fact that Kangana Ranaut took director chair as well for the film. The first look of the trailer got everyone’s attention as Kangana Ranaut’s striking similarity to Indira Gandhi.

Kangana Ranaut is producing and directing the Emergency movie as well. It is the second time Kangana went on to direct a film after Manikarnika. Bollywood actress Kangana Ranaut is preparing vigorously for her next film ‘Emergency’. It is clear from the title of the film that its story will try to touch on the country’s biggest political event ‘The emergency’ very closely.

Kangana is playing the character of late Prime Minister Indira Gandhi in this film and now the first look of this film has also been revealed. Kangana looks quite attractive as Indira Gandhi. Everyone noticed and praised the make-up department to get such feet.

Kangana Ranaut has released the first look of her film ‘Emergency’ on Instagram. In this picture, Kangana remains ‘Indira Gandhi’. A different look of Kangana is seen in their white hair and slight wrinkles on her face. After seeing this look, it is easy to say that Kangana will be seen rocking the film as ‘Indira Gandhi’. With this poster, Kangana wrote in the caption, ‘First look of Emergency is presented. Portrait of one of the most powerful and controversial women in the history of the world.’

Apart from this picture, Kangana has also shown a glimpse of the film. The actress has shared a video, which shows an incident from 1971. It is shown in this video how many officers used to address Indira Gandhi as ‘Sir’ instead of Madam. This video, from the look of Kangana to the style of speaking, is quite spectacular.

The film ‘Emergency’ is based on the life of late Prime Minister Indira Gandhi. Kangana is directing this film. The film will release on 25 June 2023. Recently, Kangana shared a poster and announced the release date of her film.