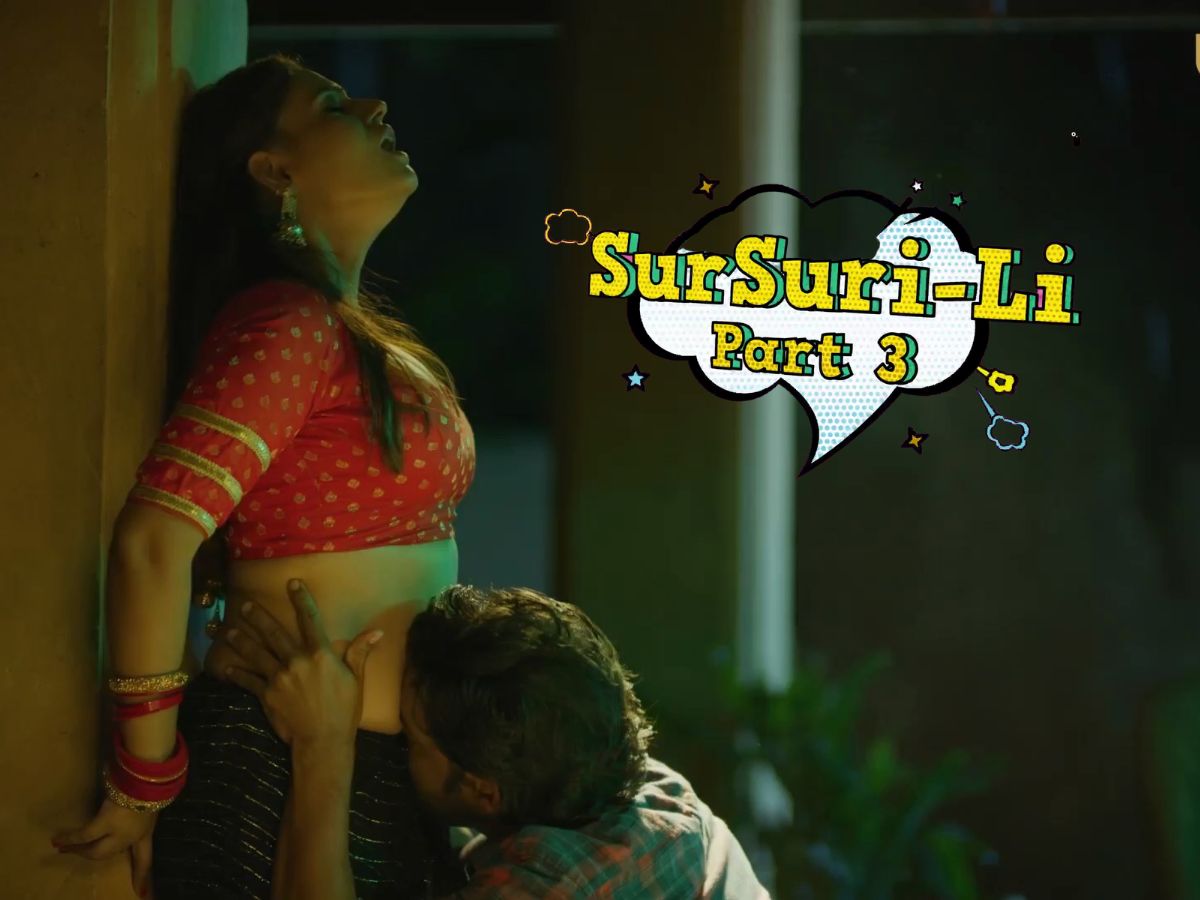 Sursuri-Li Part 3 web series has been released and is available to watch online on Ullu App. The comedy-drama series is considered one of the finest works from the Ullu app. Sursuri-Li Part 3 Web Series release date is 15th July 2022. Earlier, fans loved the Sursuri-Li Web Series Part 1 and Part 2 for their engaging storytelling and captivating performances by the ensemble cast.

The web series starts with the ninth episode. Sursuri-Li Part Web Series starts with Sur in search of condoms to successfully celebrate his first night with his wife. While he was unlucky with his Suhaagraat, we audience wasn’t.

There’s a steamy scene between Nidhi Mahawan and Ajay Mehra that took place in three different locations. It starts on the swings, followed by a glass corridor, and ends in the bedroom. Ullu should introduce many characters with such imaginative abilities.

Sursuri-Li Part 3 Web Series Episode 10 gave us another glimpse of the Ullu app’s new breakout star Mahi Khan. She has a short but creative scene with one of her co-stars. However, the web series follows the lead pair and added another scene of Nidhi Mahawan in the shower.

In the next two episodes, there’s been a comical pursuit that even includes the police. However, Tanisha Kanojia returned to give two more memorable scenes in Sursuri-Li Part 3 Web Series Episode 11 and Episode 12 respectively.