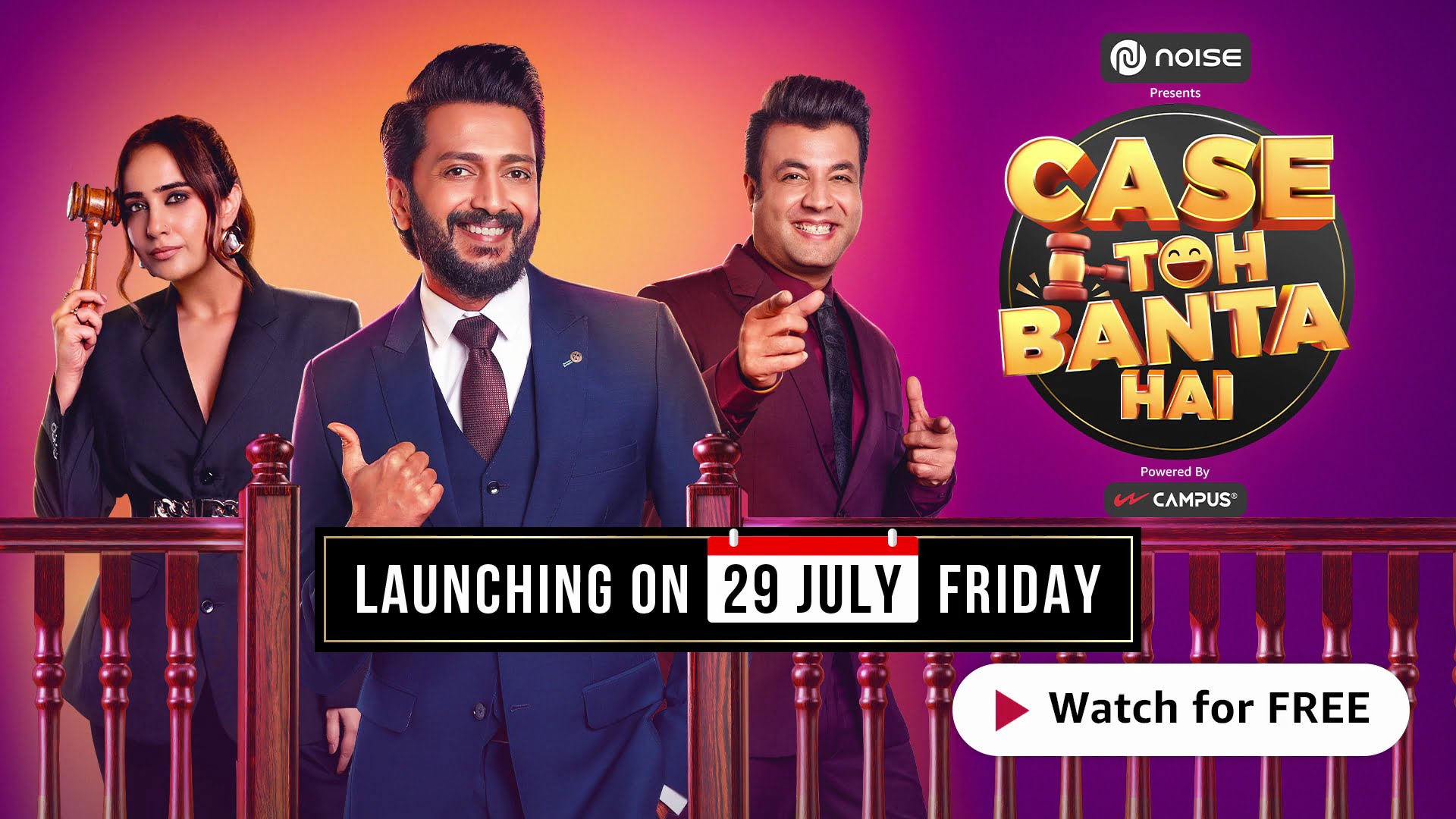 Indian creators are obsessed with comedy shows and they keep coming up with all new formats every time. ‘Case Toh Banta Hai’ is a new comedy reality show which will premiere on July 29 on Amazon mini tv.

The trailer of the upcoming show ‘Case Toh Banta Hai’ was released and got a good response. With that, the makers unveiled the show’s line-up of guests that include Kareena Kapoor Khan, Varun Dhawan, Anil Kapoor, Karan Johar, Sara Ali Khan, Rohit Shetty, and Badshah. It looks like the show is presented as a parody of Aap Ki Adalat.

Touted to be India’s first court of comedy, the show features Bollywood actors Riteish Deshmukh, and Varun Sharma as lawyers and social media influencer Kusha Kapila as a judge. Riteish and Varun will play the roles of the public prosecutor and defense lawyers, while Kusha will play the judge who decides the fate of the celebrities from Bollywood.

The trailer shows how Riteish, Varun, and Kusha deal with the cases of celebrity guests. Riteish said in a statement: “I have done many projects in the past which fall under the comedy genre, but ‘Case Toh Banta Hai’ will always remain one of the most special projects of my career.

The mere idea and concept of this show put the biggest celebrities of our country in a spot that makes them and us laugh the whole time. It’s one dhamakedaar case with a lot of masalas.” ‘Case Toh Banta Hai’ is a combination of various formats including light-hearted roast, talk show, and sketches.

Prime Videos and Netflix both have released multiple comedy shows like Comisctaan, Hasee To Phasee, Comedy Premier League, and many others.

Varun Sharma spoke about the show: “My love for atrangi comedy is well known among audiences and the industry. Nothing could have excited me more than getting together with Riteish and Kusha and then having fun with the most popular and admired names in the film fraternity.

The show will premiere on July 29 on Amazon mini tv.