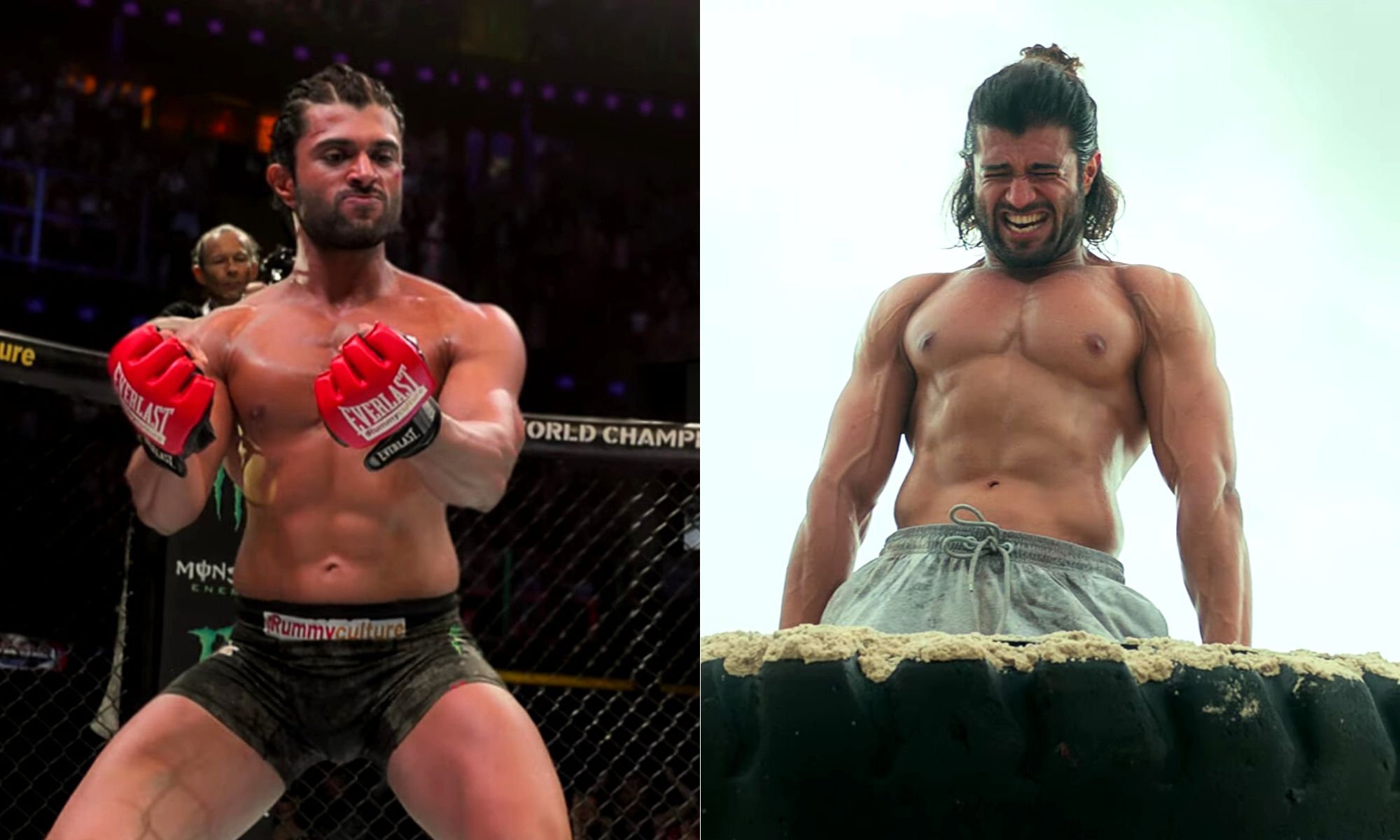 The much-awaited trailer of Vijay Deverakonda’s Liger is out now in multiple languages. The actor has been in the limelight for the liger pan-India release. The movie is directed by Puri Jagannadh. Apart from Vijay Deverakonda, Liger Movie also stars Ananya Panday, Mike Tyson, and Ramya Krishnan. The movie is scheduled to release on 25th August.

Liger Trailer (Telugu version) has been released by Megastar Chiranjeevi, alongside Prabhas. Also, the Malayalam version of the Liger Trailer has been launched by Dulquer Salmaan. Liger trailer Hindi version has been revealed by Ranveer Singh.

We get introduced to Vijay Deverakonda’s character, the trailer takes us inside his wild world. It begins with Vijay Deverakonda entering the ring, with Ramya Krishnan’s voice briefing why his name is ‘Liger’. “My son is a crossbreed, born to a lion and a tiger,” she utters.

It’s the bumpy journey of a chaiwala and his efforts to represent India and win the MMA title. The trailer hinted that his girlfriend cheats on him, though he loves her so much. Also, the protagonist has a stammering problem which is a major challenge.

He can be seen doing crazy things when he enters the ring. It’s a journey full of emotions, ups, and downs. Legend Mike Tyson’s stylish intro, followed by the dialogue exchange with Liger, is surely a treat. In one dialogue exchange, Vijay says, “I’m a Fighter,” Tyson, in reply asks, “If you’re a Fighter, what am I?”

The Liger Movie Cast And Other Details

Director Puri Jagannadh has managed to assemble a great cast for Liger Movie. The USP of the movie is probably the cameo by international icon Mike Tyson. The project has shown Vijay Deverakonda in a never seen action-packed avatar.

The trailer looks promising. The production design and the cinematography are first-class. The background score with different sounds adds to the action-packed shots. The trailer cut is flawless with sharp editing to lure the audience.

Liger movie is bankrolled by Dharma Productions and produced collectively by Puri Jagannadh, Charmme Kaur, Karan Johar, and Apoorva Mehta together on a grand scale.

While cinematography for the movie is by Vishnu Sarma, Kecha from Thailand is the stunt director. Liger will have a Pan-India release in Hindi, Telugu, Tamil, Kannada, and Malayalam languages on 25th August 2022.

Marvel What If…? Episode 6 Watch Online, Leaked On Tamilrockers