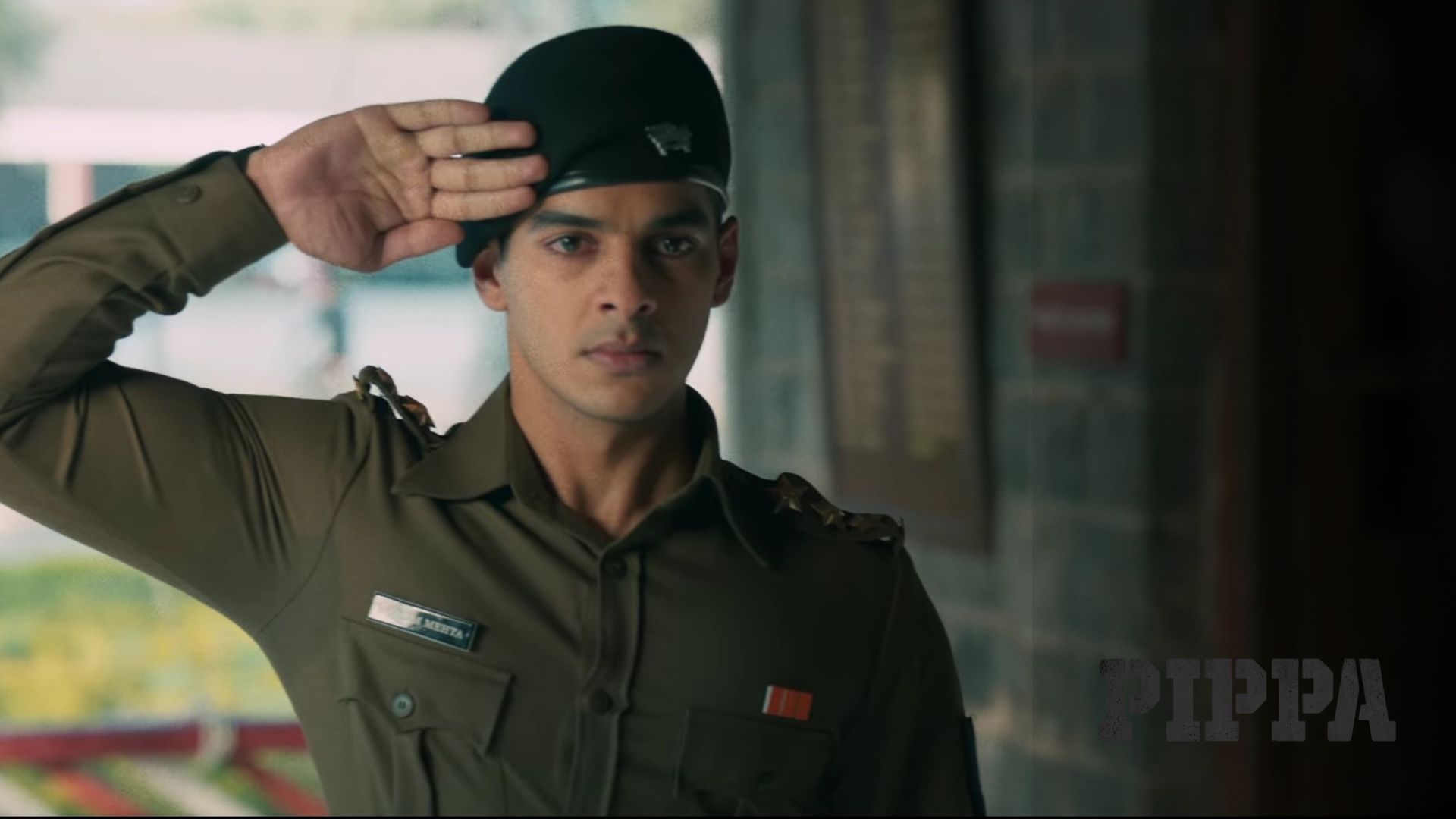 Pippa is an upcoming Bollywood movie on the theme of Patriotism. The movie is a war drama period film. Pippa movie cast Ishaan Khattar and Mrunal Thakur in lead roles. The movie release date is 2 December 2022.

On the occasion of 75th Independence Day, the short teaser of Pippa movie has been released. The movie is set on the backdrop of Indo-Pak war of 1971 which continued for 13 days from 3 December 1971 to 16 December 1971.

Pippa Trailer starts with the text showing 3 December 1971. This is the day Indian Prime Minister Indira Gandhi declared war with Pakistan. The movie is going to be a period drama claiming to depict deadliest war of India.

Pippa movie is scheduled to release on 2nd December 2022. The movie showcased the army’s point of view during the war. Also, the war of 1971 led to the birth of the nation ‘Bangladesh’.

As the country commemorates the 50th anniversary of the 1971 Indo-Pak war on Thursday, Screwvala’s RSVP and Kapur’s Roy Kapur Films shared the release date of upcoming film on social media.

‘Pippa’ is billed as a heroic tank battle film that underscores the bravery of Brigadier Balram Singh Mehta (Khatter), a veteran of the 45th Cavalry tank squadron, who, along with his siblings, fought on the eastern front during the Indo-Pakistan War of 1971.

The film is based on Brigadier Mehta’s book ‘The Burning Chaffees’. Its title is taken from the Russian amphibious war tank called the PT-76, popularly known as ‘Pippa’.