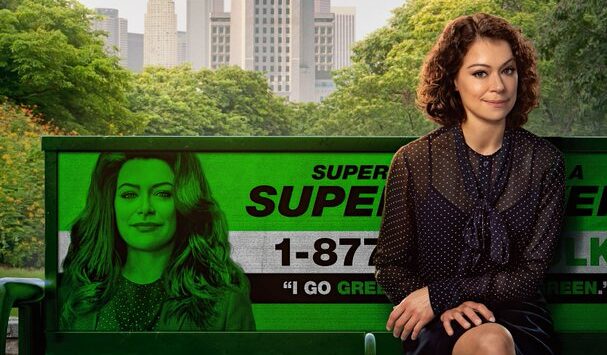 She-Hulk Review: The latest Marvel Cinematic Universe limited series She-Hulk will stream from August 18. Weekly episodes will drop on Disney+ Hotstar till the season finale. After the success of Ms. Marvel, featuring Iman Vellani, She-Hulk will look to continue the winning streak for the Studio.

The cast of She-Hulk arrived for the purple carpet event recently in Los Angeles where the first four episodes were screened for attendees, consisting of fans and critics. Since the LA premiere, the first reviews of She-Hulk have been pouring on social media.

Let’s find out how the She-Hulk web series has been received by the audience. She-Hulk’s first reviews are out!

The first reviews of She-Hulk are promising. The show has been praised for its on-point comedy, with some pointing it out ‘funniest’ MCU show. Apart from the humourous tone, the title role of Tatiana Maslany She-Hulk/Jennifer Walters has also received a positive review.

Critics said that she looks in total control of the character and does not miss a beat. It has been claimed that She-Hulk also takes on real-life issues and emerges as a sort of commentary on the male and female power balance in the work domain.

Check out some of the early reviews for She-Hulk.

“Saw the first 4 episodes of #SheHulkAttorneyAtLaw & I love it so far. Thought it was funny (w/o going overboard). Cameos were a plus, cool easter eggs, & the 4th wall breaking was spot on. Tatiana Maslany is the perfect #SheHulk. If she ever meets #Deadpool it’ll be legendary.” E-Man Noisette wrote.

Dan Murrell commented, “I’ve seen the first 4 episodes of #SheHulk and I’m sorry to say it hasn’t worked for me so far. I don’t mind comedy in Marvel. I just didn’t like it…THIS comedy. It further underscores what I see as an MCU identity crisis. More when the full review embargo drops Wednesday.”

Hollywood Handle wrote, “#SheHulk delivers another promising start to an MCU Disney+ show, but with five episodes left, I’ll remain cautiously optimistic that they stick the landing. (Roth being back is great, though.”

Matthew Hynes wrote, “Alrighty so I watched the first 4 episodes of #SheHulk over the weekend! There were some issues with it but there were some things I liked as well! There is A LOT to digest. More in my spoiler-free review soon!”

Never Have I Ever Season 2 Review: An Intelligent Netflix Teen Comedy