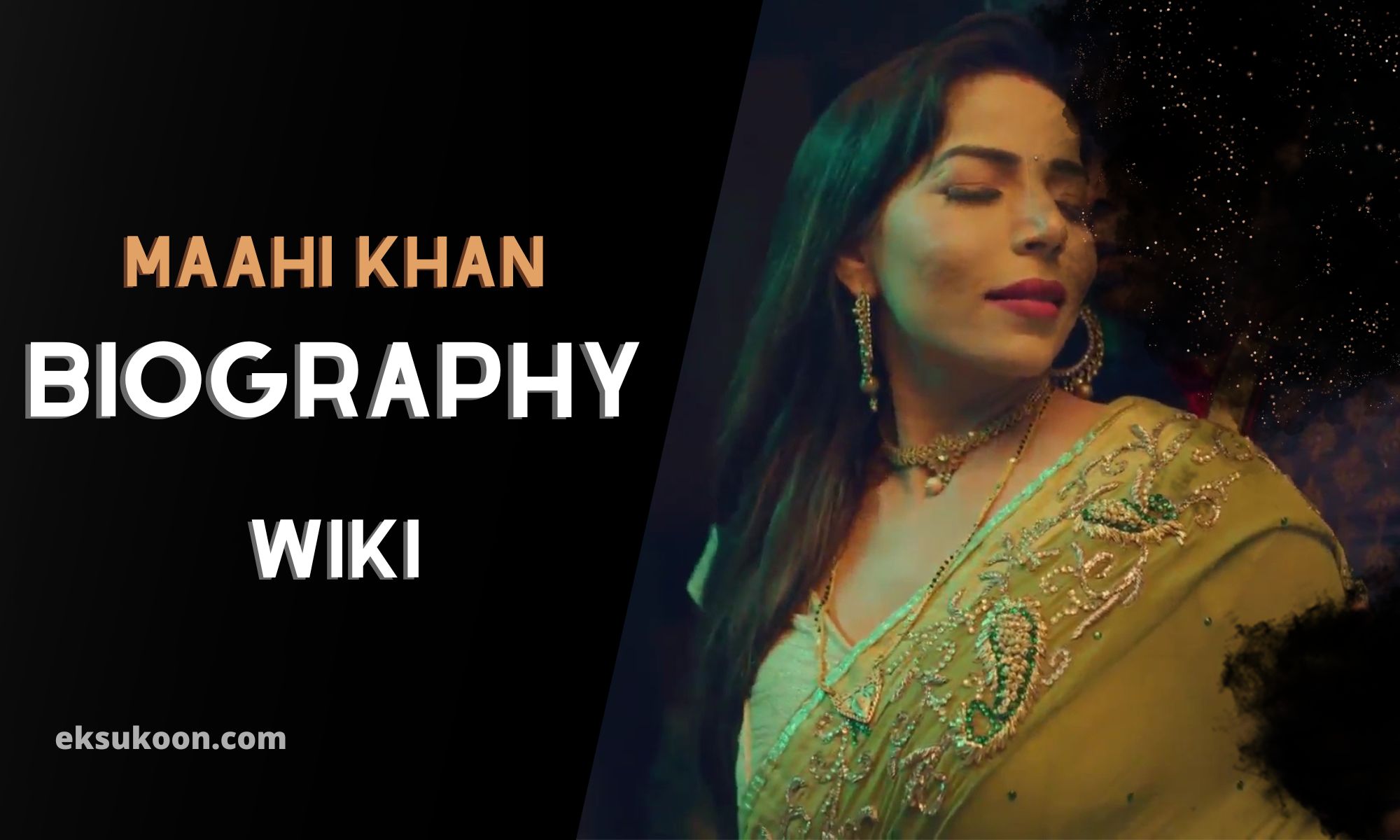 Maahi Khan is an Indian actress famous for working in Hindi hot web series across various OTT platforms. The actress has worked in some of the most popular web series that include Secret of the selfie, Periods, Undekhi, Sursuri-Li Ullu Web Series, Khoon Bhari Maang Web Series, and many others.

Maahi Khan was born on 7 March 1995 and her age is 27 Years as of 2022. The actress hails from Meerut, Uttar Pradesh, India. She spent her early childhood in the capital city of India and completed her studies before started with acting gigs.

She is currently living in Mumbai from where she works on multiple web series projects. Maahi Khan is Unmarried and her husband’s name was not known. Unfortunately, there are no more personal pieces of information about her.

Maahi Khan’s real name is Farhana Shaikh. After finishing her intermediate education, Maahi Khan got acting gigs for web series. She featured in many photo shoots and commercial advertisements for some small brands before getting web series projects.

Maahi Khan started featuring in hot web series for various local OTT platforms. During her early days, she made an appearance in many short films that include Secret of Selfie, Hogya Dimag Ka Dahi, Undekhi, and many others.

Maahi Khan was part of a short film titled ‘Periods’ got 15 million views on YouTube. The short film is available to watch online on Disney+ Hotstar. Maahi has appeared in multiple TV crime programs, including Crime Patrol and Saavdhan India.

She has appeared in print ads for many firms that include vimal diamond Delhi and shiraya jewelry Dubai, among others. Then there are the well-known companies like Dr. Fixit, Kotak, etc. that she has worked with on video shoots.

In an interview in 2021, Maahi Khan stated, “Every job is challenging in this world. You will have to think as you become what you will not be able to make it.” She also thanked her fans and well-wishers for supporting her career.

In 2022, she made her appearance in Ullu web series Sursuri Li season 1. She played the role of Kaamini alongside Nidhi Mahawan, Pihu Kanojia, Ajay Mehra, and others. The web series became a huge hit and fans started noticing Maahi Khan.

After the success of Sursuri Li, She has been featured in the lead role for Ullu Original’s Khoon Bhari Maang web series. In the web series, she has acted alongside Donna Munshi.

Maahi Khan is quite active on social media platforms and used to post short videos on her Instagram. With over 290k+ followers to her account, Maahi Khan has one of the fastest growing and most popular web series actresses in India.

Battle Of The Babes: Esha Gupta Vs Mallika Sherawat