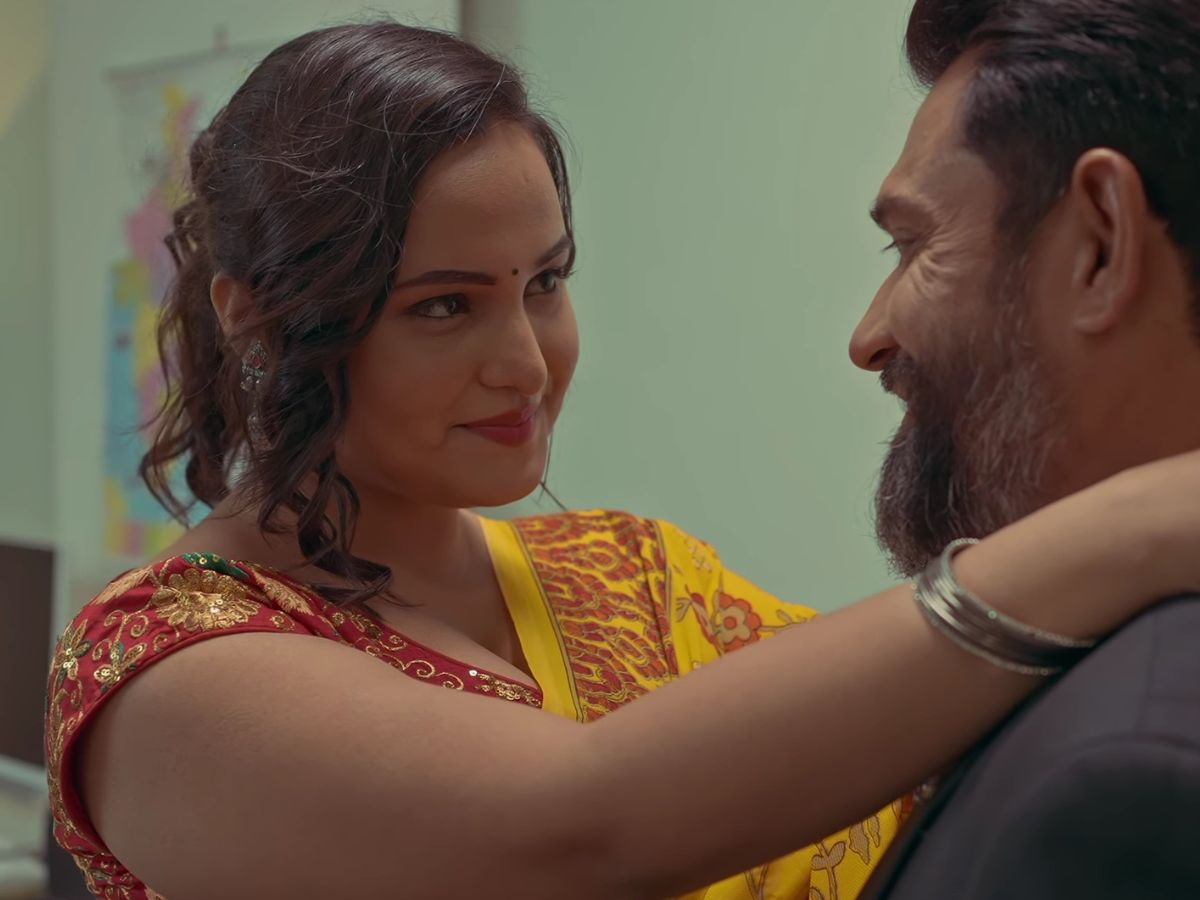 It has been seen that creators are always in pressure to match the success of their previous instalments if they plan to come up with sequels. This is the reason that Primeshots bring Ayesha Kapoor as well in the Mrs. Teacher web series.

Primeshots only revealed a minute-long teaser for the web series where lead actors have announced the web series title. In the short teaser, we see Aliya Naaz dressed as a teacher writes in blackboard. Ayesha Kapoor entered the classroom.

The tension between the Aliya Naaz and Ayesha Kapoor can be observed from miles away. Ayesha Kapoor takes the chalk and writes 2 with the information that Mrs. Teacher sequel will arrive soon on platform.

It would be amazing to see whether the new addition in the Mrs. Teacher web series will help it or not. Earlier, Ayesha Kapoor and Aliya Naaz were together in Seal 4 web series where they even had girl-on-girl action.