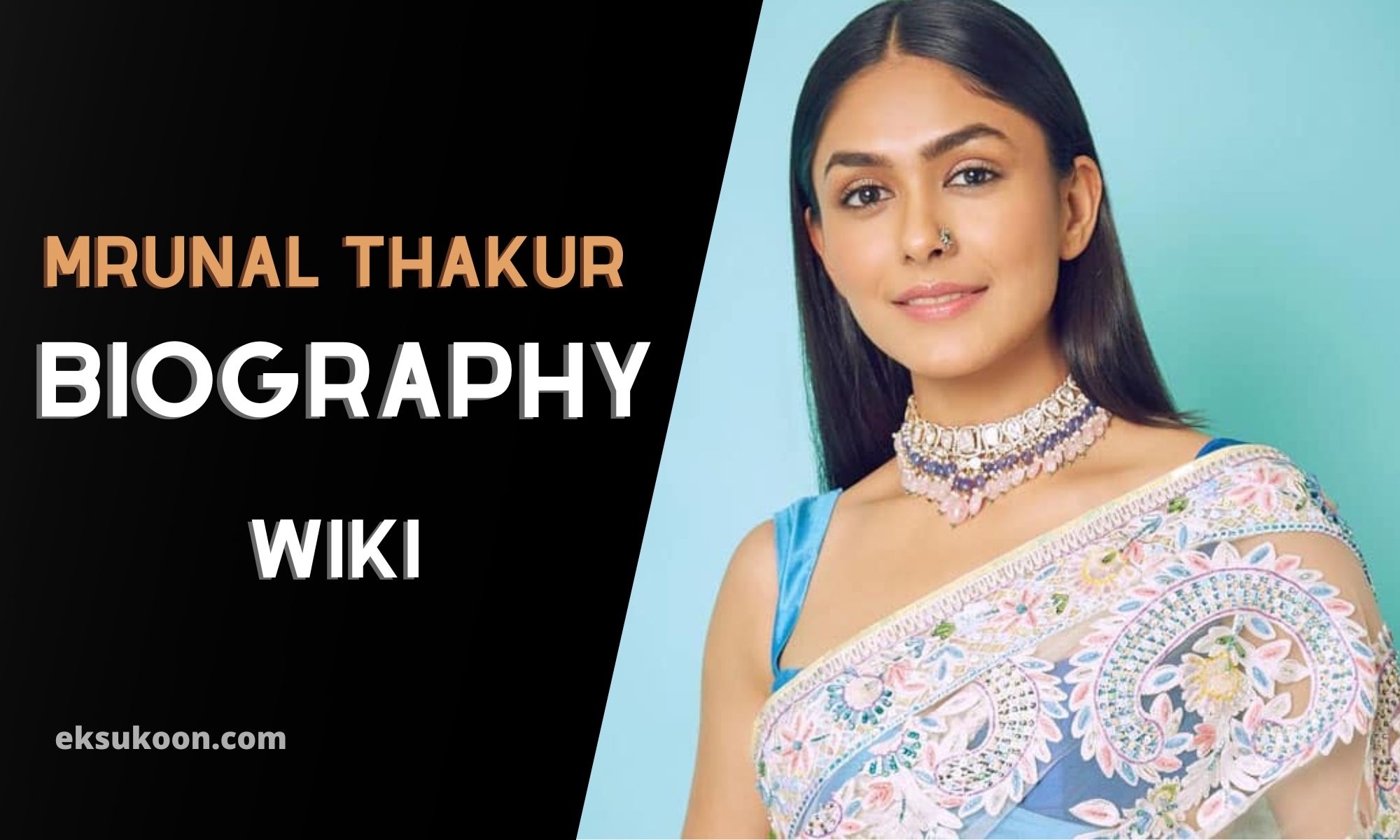 Mrunal Thakur was born on 1st August 1991 and her age is 31 Years as of 2022. The actress hails from Dhule, Maharashtra, India.

Her father’s name is Udaysing B Thakur, who works as an Assistant General Manager at Union Bank of India. She has two siblings, a brother, Mandar Thakur and a sister, Lochan Thakur.

She completed her graduation in a Bachelor of Mass Media from Kishinchand Chellaram College, Mumbai. She is currently living in Thalner, Maharashtra, India. Mrunal Thakur is Unmarried and rumoured to be dating famous writer Sharad Chandra Tripathi.

Mrunal Thakur made her acting debut when she was in college. She played a lead role in the Star Plus TV series “Mujhse Kuchh Kehti…Yeh Khamoshiyaan”. She was also a part of mystery thriller television serial, Har Yug Mein Aayega Ek – Arjun.

In 2015, she participated in the reality dance show, Nach Baliye 7. Later in the year, she was offered to work in the Indonesian television serial, Tuyul & Mibak Yul Reborn. She portrayed the character of Tara in the Indonesian serial Nadin.

In 2018, she made her Bollywood debut with critically acclaimed film Love Sonia. However, she worked in regional film titled Vitti Dandu where she played the role of Sandhya. She also did a Marathi film Surajya in which she portrayed Dr Swapna character.

However, Mrunal’s Bollywood debut movie was Super 30 in 2019, opposite Hrithik Roshan. She then appeared in a few more films such as Batla House, Ghost Stories, Toofaan and Jersey.

Recently, she made her Telugu debut with Sita Raman, a romantic drama opposite Dulquer Salmaan in the lead role. Her performance was applauded by the audience and the movie received positive reviews.

Next, Mrunal Thakur will be seen romancing her female co-star Huma Qureshi in upcoming slice of life movie ‘Pooja Meri Jaan’. The actress is playing the titular character in the film.

Mrunal Thakur is quite active on social media platforms and used to post short videos on her Instagram. With over 7m+ followers to her account, Mrunal Thakur has one of the fastest growing and most popular web series actresses in India.