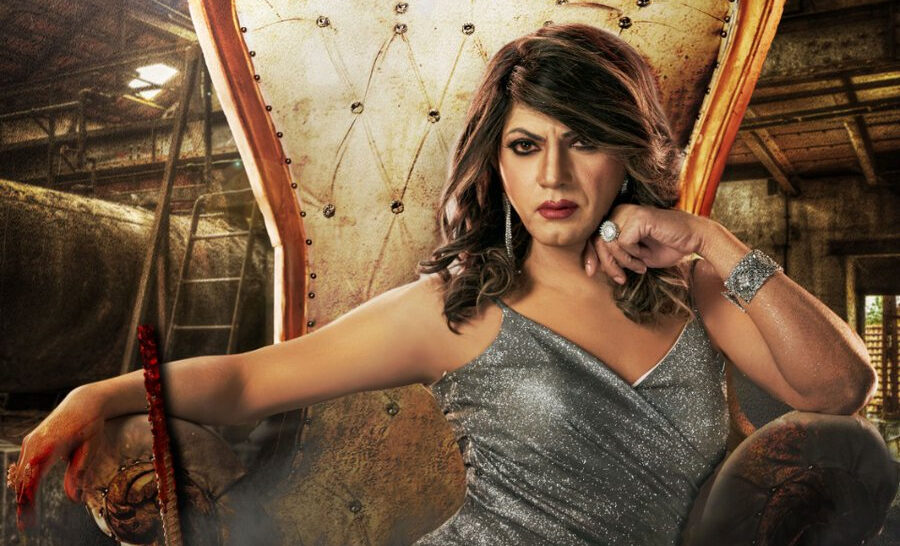 Zee Studios has unveiled the motion poster for Nawazuddin Siddiqui’s next ‘Haddi’ and its captivating and alluring. Helmed by Akshat Ajay Sharma, ‘Haddi’ is slated for theatrical release next year.

The motion-cum-announcement poster for ‘Haddi’ takes the viewers through rustic drum filled junkyard to show us Nawazuddin Siddiqui in a glamorous feminine avatar sitting on a high rise royal chair with blood on hand and a blood stained iron rod besides it.

Touted as a noir revenge drama ‘Haddi’ stars Nawazuddin Siddiqui in the titular role and it’s his never before seen look in the film that grips attention. Siddiqui can be seen wearing a silver strap dress with matching accessories like statement ring, bracelet and earrings.

‘Haddi’ is directed by Akshat Ajay Sharma and is produced by Zee Studios, Sanjay Saha and Radhika Nanda. The film is presented by Zee Studios and is an Anandita Studios production.

As soon as the poster of the film is released, people are commenting fiercely on it. At the same time, some people believe that Nawaz looks like Archana Puran Singh in his feminine avatar. Archana Puran Singh also stated that her comparison with Nawaz is a matter of praise for her.

Archana further said that Nawaz looks like her because of the hairstyle. She used to do side parted hair in the beginning of Kapil Sharma show. That’s why people must have felt Nawaz and she look alike.

Nawaz on Playing a Feminine Character in Haddi

At the same time, about this character, Nawazuddin Siddiqui says that ‘I have played different interesting characters, but ‘Haddi’ will be a unique and special character because I have never done such a character before.

It will further enhance me as an actor. ‘Haddi’ is a neo-revenge drama produced by Zee Studios, Anandita Studios (Radhika Nanda, Sanjay Saha) and directed by Akshat Ajay Sharma. It will be released in the year 2023.