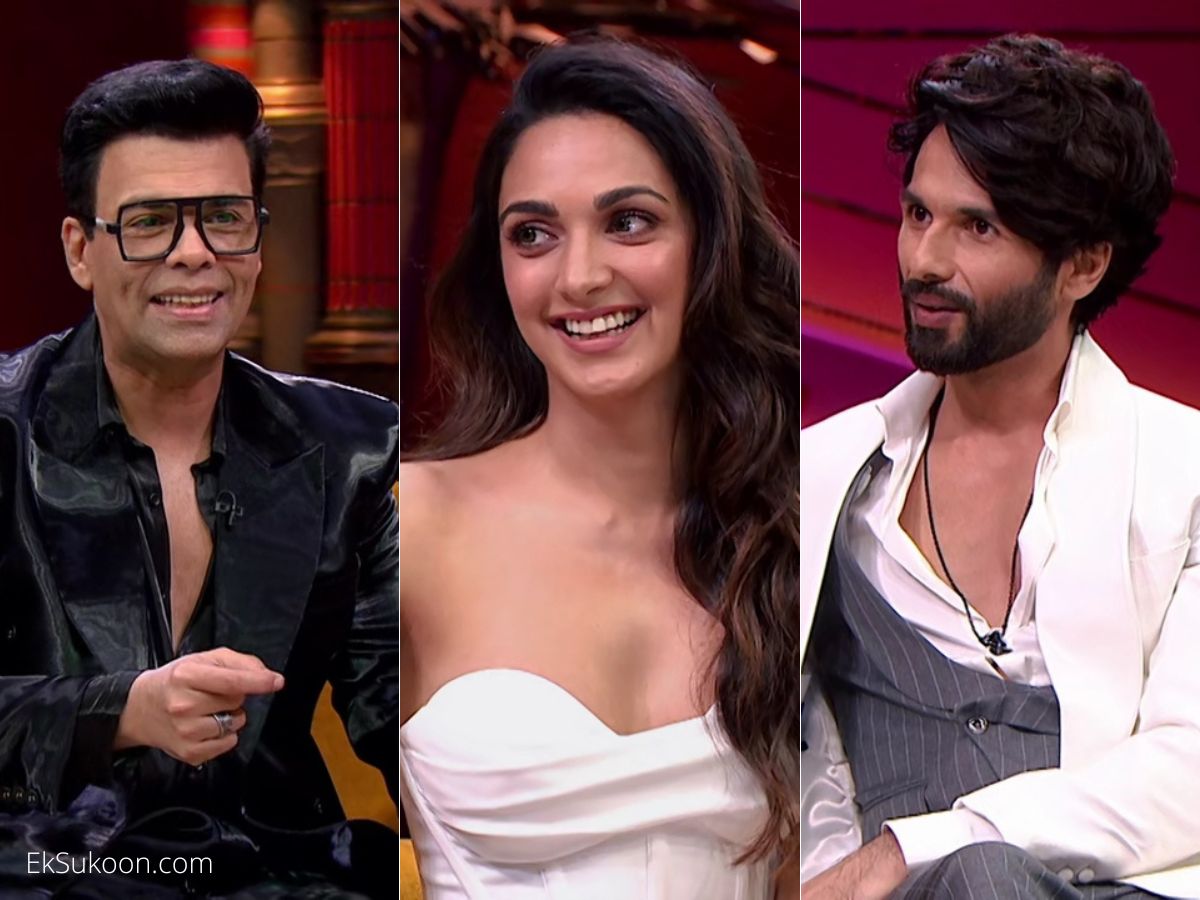 The ongoing talk show Koffee With Karan Episode 8 is quite fascinating to people who love to know about their celebs. The talk shows have brought forward many interesting gossips, revelations, and insights about celebrity lifestyles.

Koffee With Karan Season 7 has released 8 episodes by now. The latest episode of KWK Season 7 invites Kiara Advani and Shahid Kapoor to the couch. The actors have previously worked together in the blockbuster movie Kabir Singh kick-started their careers in the industry.

Karan Johar has done some interesting pairing this session that surprised fans. For instance, he invites Samantha with Akshay Kumar, Sidharth Malhotra with Vicky Kaushal, Sara Ali Khan, and Janhvi Kapoor came together, Sonam Kapoor came with Arjun Kapoor, and so on.

Only the actors who came to promote the film brought the cast of the movie. Koffee With Karan Episode 8 has Kiara Advani and Shahid Kapoor together. It feels like a reunion for Kabir and Pretti but the Sid-Kiara relationship revelation stole the limelight.

Kiara Advani bluntly confessed that Sid and she are more than friends. We got to see the extended teaser of the episode in the previous episode when Sidharth Malhotra and Vicky Kaushal came on the show.

Koffee With Karan Episode 8 has been released on Disney+ Hotstar a little early than its release time. The reason might be the online leaks as Episode 8 of Koffee With Karan Season 7 is available to watch online and free download.

There are multiple torrenting websites that has leaked the episode as it is one of the much-awaited talk show. Kiara Advani and Shahid Kapoor made some interesting conversations on the couch while having Koffee with Karan Johar.