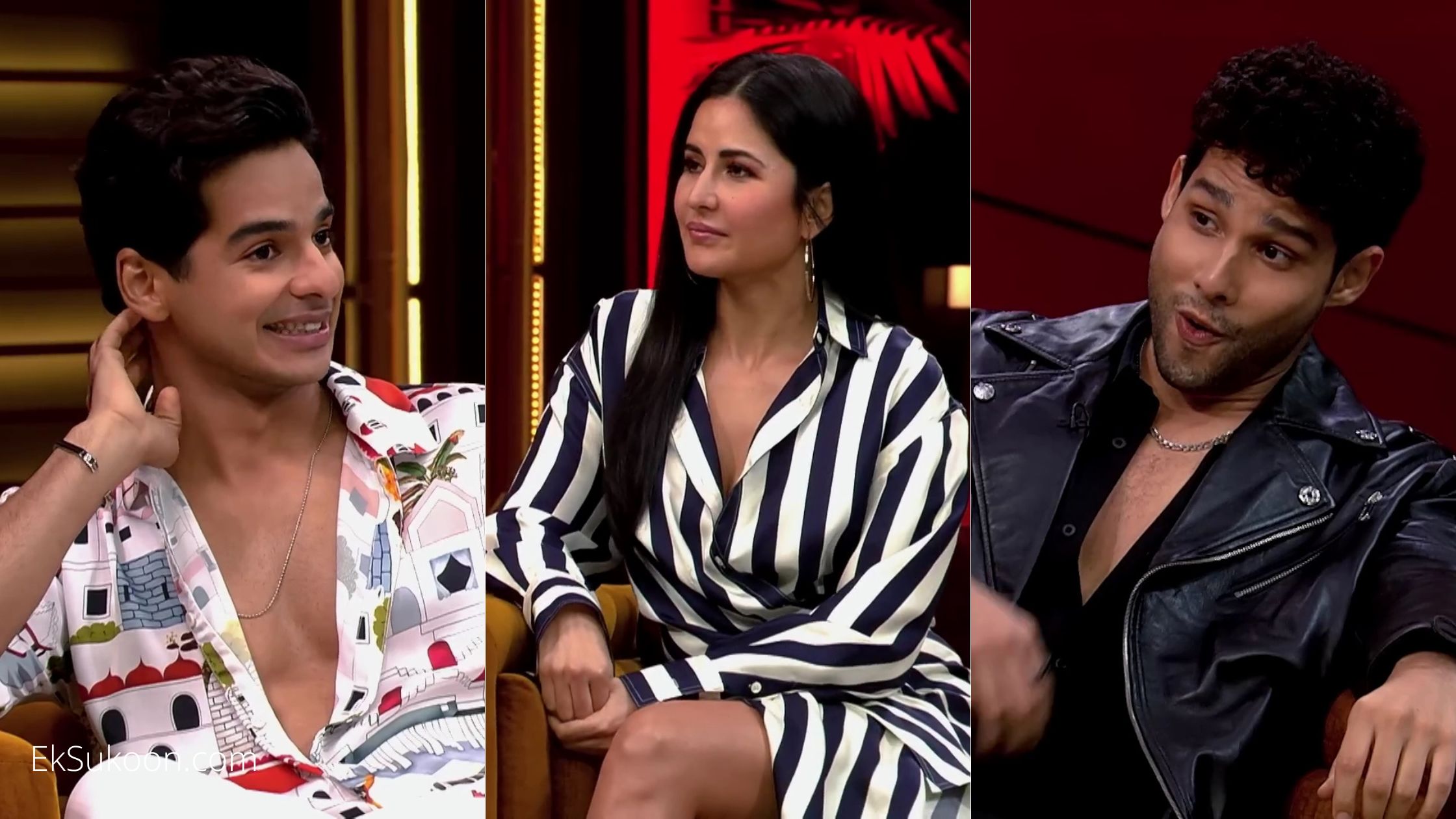 Disney+ Hotstar dropped the crazy fun trailer of the Koffee With Karan S7 E10. The next guests on the notorious Koffee couch include the stellar and unpredictable cast of Katrina Kaif, Ishaan Khattar, and Siddhant Chaturvedi.

Clearly, the trio came to brew some interesting conversations as well as to promote their upcoming horror comedy film titled Phone Bhoot. The promising trailer shows lots of fun and games with these popular Bollywood celebrities.

Katrina Kaif gave some witty, relatable and fun answers in heated rapid fire rounds. Ishaan Khattar took the center-stage with his high energy. For instance, he happened to know all the answers in the crazy fun round.

Simply put, we are waiting for Thursday when we can finally watch the entire episode of Koffee With Karan with Kartina Kaif, Siddhant Chaturvedi, and Ishaan Khattar. The trailer is making it pretty hard to wait. What are your thoughts on the short teaser trailer for Koffee With Kararn S7 E10.

The moment, Phone Bhoot movie was announced with the surprising cast, fans are crazy over the idea. The movie is supposed to be a horror comedy. The first look poster has been out with the release date of October 2022.

We can expect to see the trailer for the Phone Bhoot movie in couple of days. Helmed by Gurmeet Singh, the movie follows a shop that offers ghostbuster services. There’s no information about the characters that actors roped in to play in the film.

Let us know in the comments below!