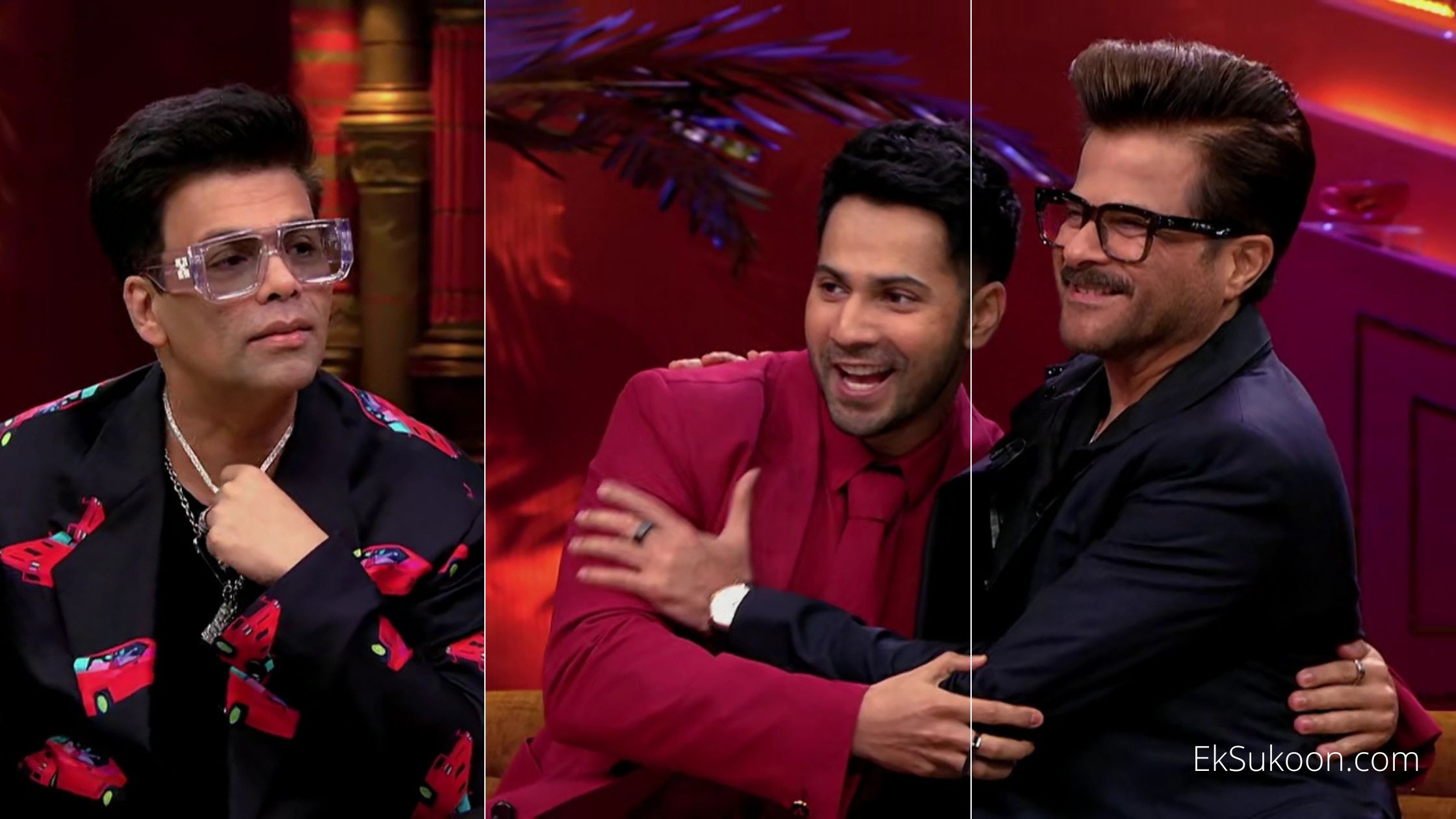 The latest episode of Koffee With Karan Season 7 Episode 11 has arrived on the platform. Our host Karan Johar can be seen brewing some interesting conversations with the guest Anil Kapoor and Varun Dhawan.

Anil Kapoor and Varun Dhawan have done a film together recently which was made under Dharma productions. The episode was a complete bonker with lots of fun and shocking revelations about the actors.

Some of the interesting moments in the Koffee With Karan Season 7 Episode 11 comes from Varun Dhawan. The actor has given tips for healthy intercourse with role-playing and Ashwagandha herbals. Later, he confesses to having a healthy competition with one of his co-stars Alia Bhatt.

Alia and Varun started their film career together with the movie Student Of The Year directed by Karan Johar. Anil Kapoor also talked about Nepotism and his insecurities when he entered the industry.

Anil Kapoor mentioned the actors of his league such as Sunny Deol, Sanjay Dutt, and Jackie Shroff who were the star players. He confessed to being insecure about the success of Jackie Shroff with his debut movie in Bollywood.

Talking about the rapid-fire round of the show, Varun Dhawan was the clear winner. However, both the actors have given some cheezy and ear-turning answers. For instance, Varun Dhawan blames Arjun Kapoor for being a flirt, being brag, picking the worst scripts, and so on.

Anil Kapoor hilariously answered that $ex is his formula to be younger than his age. They talked about the concept of physical infidelity as well as emotional infidelity. While Varun Dhawan won the iconic Koffee hamper, Anil Kapoor impressed everyone with his dance moves and funny answers.

However, Karan decided to give the winning prize to Anil Kapoor for his stand-out performance. Watch the full episode of Koffee With Karan Season 7 Episode 11 on Disney+ Hotstar.

Extraction 2, Heart Of Stone, & Others Upcoming Movies List On Netflix 2023