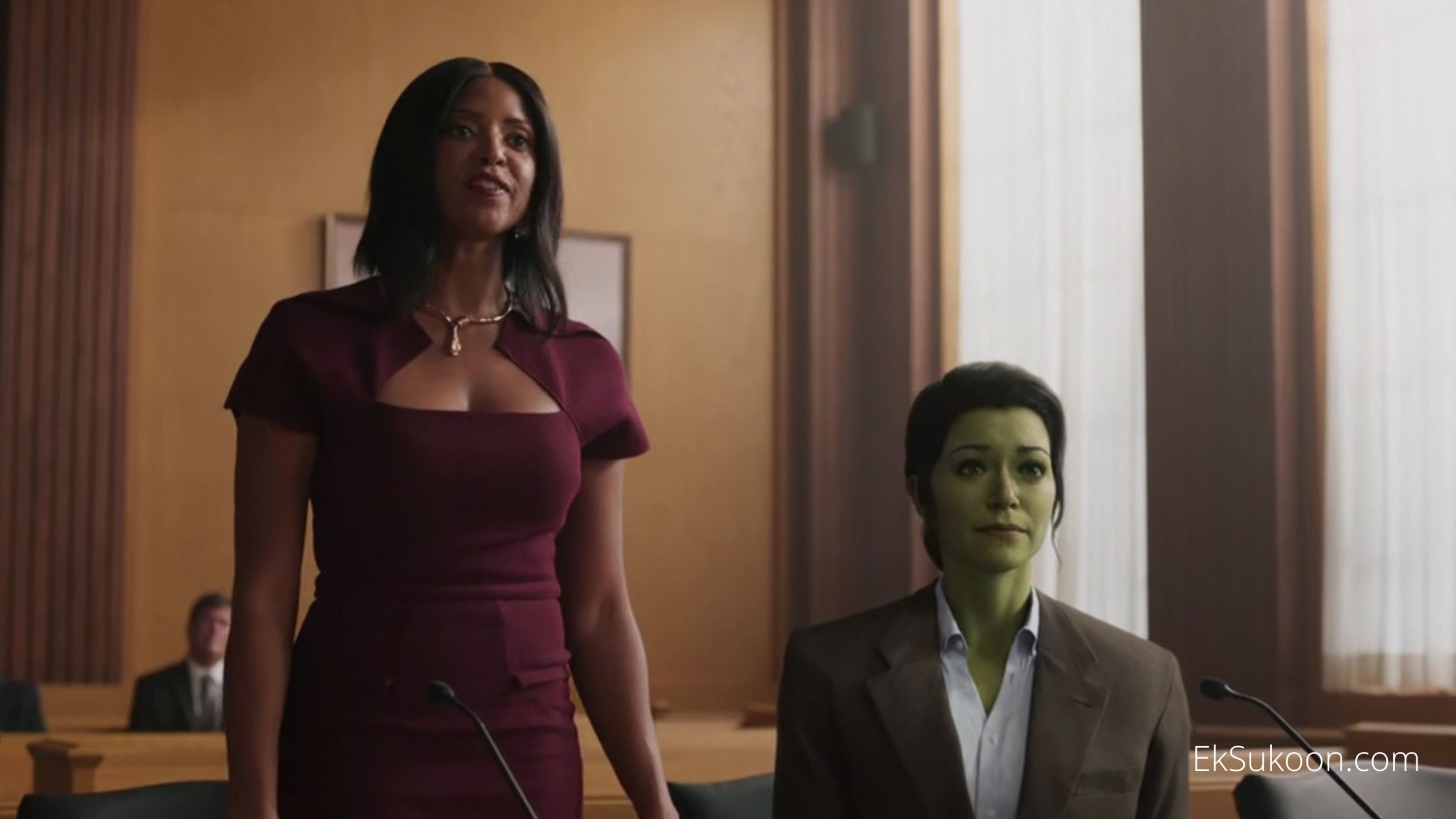 She-Hulk made her MCU debut recently on Disney+ Hotstar with an action comedy courtroom drama. The web series is getting mixed reviews from fans and critics across the globe. The she-Hulk web series has dropped its fifth episode out of announced 9-episodic runs.

Tatiana Maslany’s starrer She-Hulk web series is hyped only for the long list of unexpected cameos throughout the series. However, the series has been backlashed for its poor VFX and unfunny humorous tone.

Some fans believe She-Hulk Episode 5 is different as it took the story forward with the characters originally planned for the She-Hulk series. We get to see the courtroom battle for the trademark name of She-Hulk between Jennifer Walters and Titania.

The official synopsis of the She-Hulk series reads:

In Marvel Studios’ “She-Hulk: Attorney at Law,” Jennifer Walters (Tatiana Maslany)—an attorney specializing in superhuman-oriented legal cases must navigate the complicated life of a single, 30-something who also happens to be a green 6-foot-7-inch superpowered hulk.

In this episode, Jennifer Walters becomes the client of Mallory Book in the case against Titania using the She-Hulk name for her brand of cosmetics. Mallory Book also exists in the comics, and she’s a rival of Jennifer Walters when it comes to the lawyer stuff as she also works at the same firm, Goodman, Lieber, Kurtzberg & Holliway.

We already know that Matt Murdock AKA Daredevil will be appearing in an upcoming episode of She-Hulk thanks to a recent trailer, but this teaser of his new costume might indicate that we could be seeing him in the very next episode.

That’s possible, considering that we only have four episodes left in this season of She-Hulk. We might even get to see She-Hulk’s superhero costume next week. Fingers crossed. This is also the only episode so far with no post-credits scene. Until next week, excelsior, everyone!