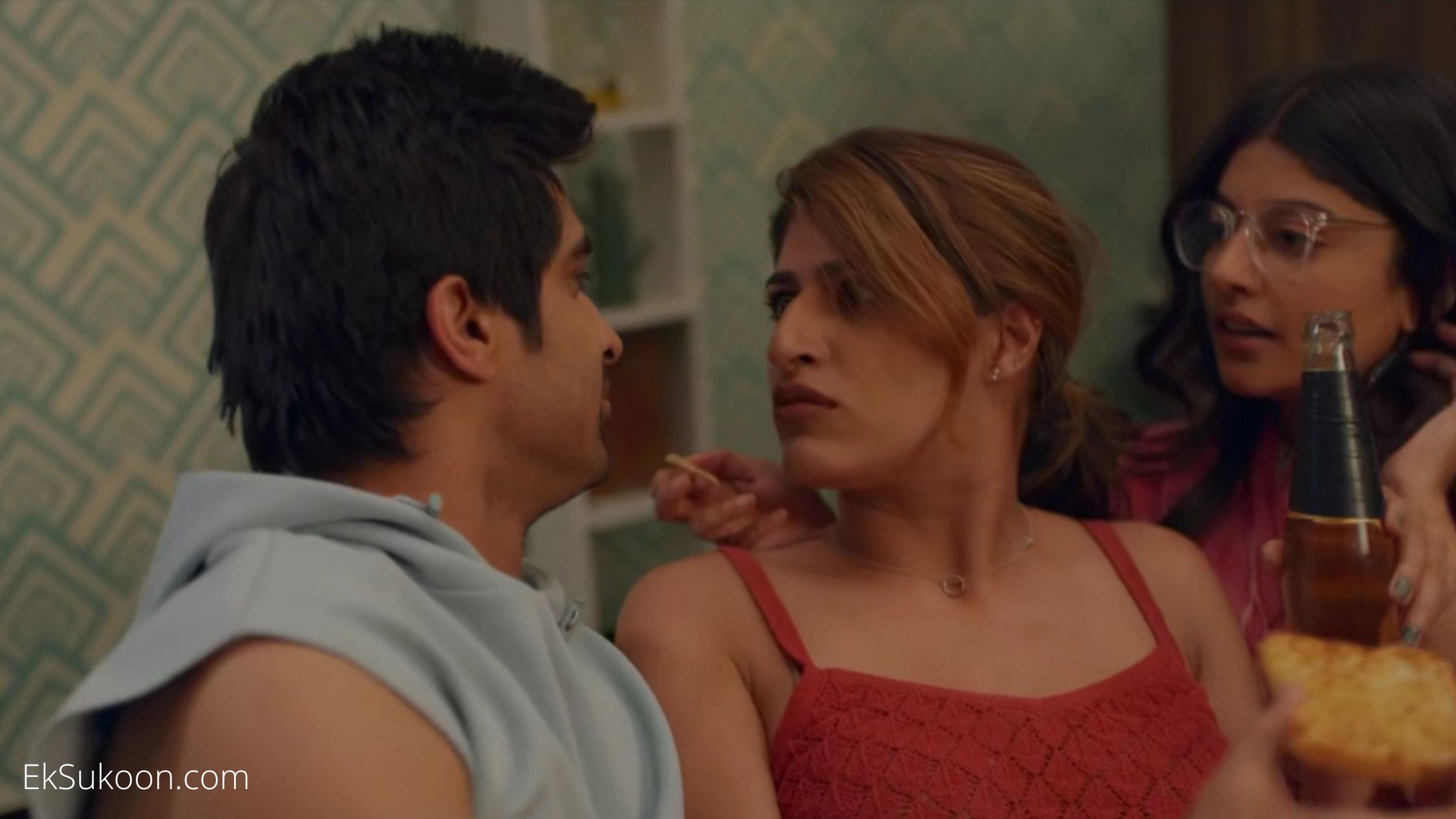 There’s Bagga with West Delhi swag, the friendship of Karan and Naira, though we missed Trippy a bit. The modern Deepika and some new entries as well. College Romance Season 3 has 5 episodes grounded in reality exploring other common themes in the society as well. Helmed by Parijat Joshi, College Romance S3 is a perfect binge-worthy web series.

College Romance season 3 starts with the struggle of Bagga (Gagan Arora) and Naira (Apoorva Arora) as they try to work their long-distance relationship. They took extreme measures such as a couple of massages to get the lovely feeling of being together but fail.

After dozens of attempts, Bagga and Naira decided to call it quits. Deepika, DP, and Karan saw Bagga with another girl. They confronted him believing Bagga is cheating on Naira. However, it is revealed that Naira returned to India after feeling isolated.

We see Bagga’s cousin Raavi (Jahnvi Ravat) who is a closeted gay in the web series. She hits on Deepika too and eventually kissed her in rain. The video of Deepika and Raavi kissing circulated in the whole college.

The theme of coming out took the center stage in the last two episodes. Creator left the show at a cliffhanger where Naira threatened Bagga to break up if he didn’t accept Raavi.

College Romance Season 3 Review And What To Watch For

The web series is a feel-good web series that is created for entertainment. However, the creators left no stone unturned to give us a life lesson with the help of these interesting characters.

We have the beautiful friendship of Karan and Naira for everyone who believes a boy and a girl can’t be friends. They have taken drastic measures to teach us that friends can come and go by making Trippy out of the group.

I have always been fascinated with the thought of TVF showing us the LGBTQIA concepts in web series. They finally did it and that too very beautifully. The interaction between Deepika and Raavi is very organic that aren’t forced into the story.

The way Raavi approached, the way Deepika turned her down, Raavi’s fear of coming out, Deepika’s fear of being attracted to girls, and the situation when they lip-locked. It feels like a complete arc that is not an LGBTQIA love story but a decent attempt to bring up the topic.

Another good element of the show is its dialogue. Bagga’s top-notch dialogue delivery is certainly the heart of the show. It seems like College Romance will continue to come for many seasons as we keep exploring our favorite characters.