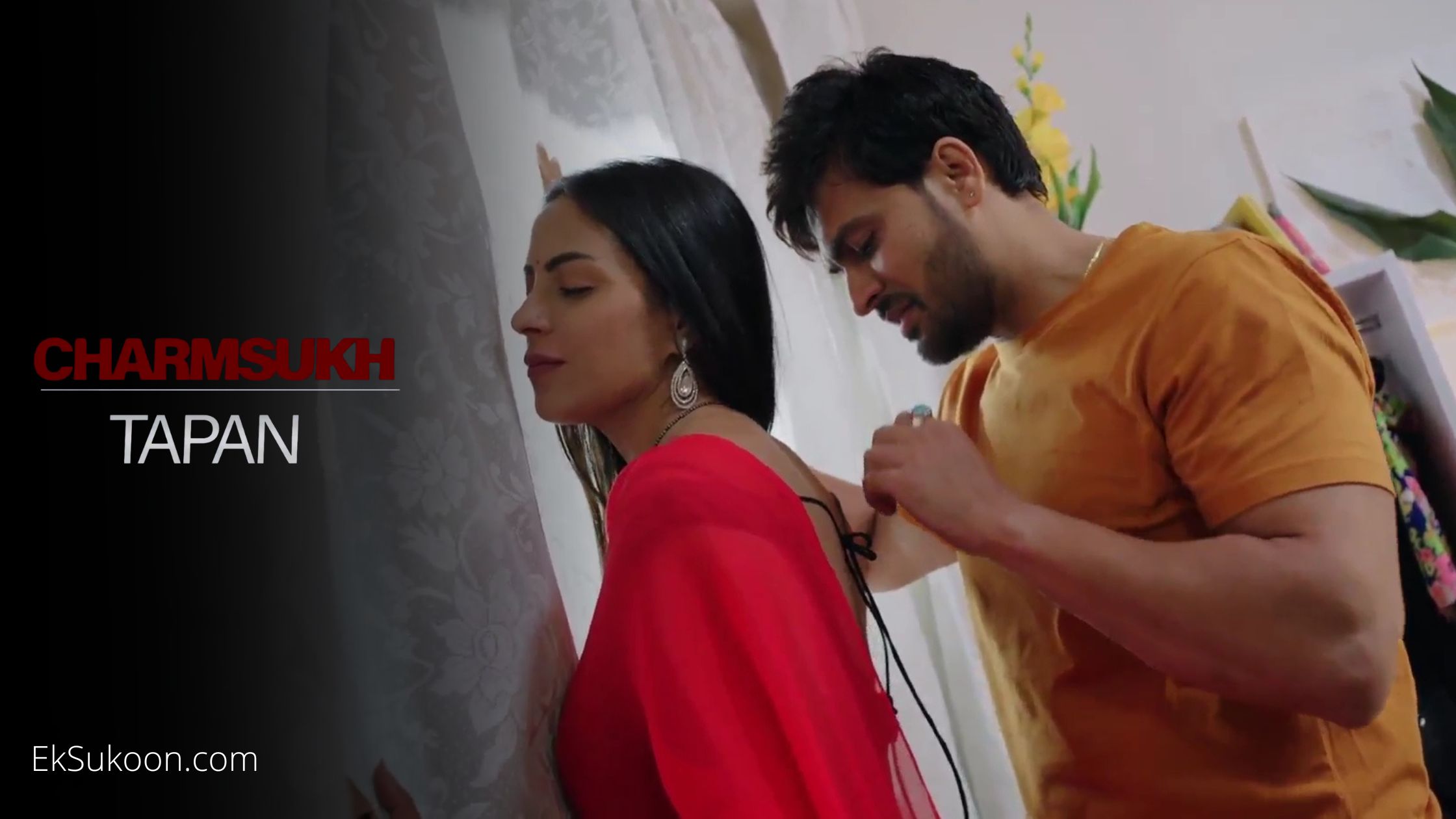 Ullu app dropped Charmsukh Tapan Part 1 web series on their official app for subscribed users. The web series is set in the backdrop of urban India and showcased the affairs of a twisted family in the city. Charmsukh Tapan web series cast Kajal Jha, Noor Malabika, and Neha Gupta in the lead role.

Also, the Ullu app has already announced a couple of web series that you can see on their official app. First is the intriguing LGBT drama Lady Finger starring Aayushi Jaiswal, and another is Riddhima Tiwari starrer Walkman.

The official synopsis of the Charmsukh Tapan Part 1 reads, “Riya’s (Kajal Jha) libido reaches its limit when her brother-in-law, Vaibhav (Gaurav Rokde) arrives along with her sister Rashmi (Noor Malabika). Riya is shattered when she realizes Vaibhav likes her friend, Payal (Neha Gupta) instead. Eventually, Riya strikes a deal with Vaibhav, where she will help him quench his lust for Payal if he helps in quenching hers in return.”

The story revolves around a family with two sisters (Riya and Rashmi) and a mother. Riya is obsessed with her sister’s husband Vaibhav. Her desires peak when he sister visited her home with her husband. Riya did everything to lure Vaibhav into liking her.

However, Vaibhav finds Riya boring and tries to avoid her. Instead, Vaibhav develops a crush on Riya’s friend Payal who came to visit her. While Riya is trying everything to get Jija Ji’s attention, Payal and Vaibhav started a steamy affair.

Charmsukh Tapan Part 1 ends at a cliffhanger when both Viabhav and Riya satisfy themselves by imagining Payal and Vaibhav respectively.

Kajal Jha made the show binge-worthy with her amazing screen presence. Also, the web series is released in two parts. Thus, we get to see more from Kajal Jha in Charmsukh Tapan Part 2.

Ullu app has made some drastic changes in its content strategy. You can understand if you visit their official website as they have launched the merchandise as well. All the actresses Kajal Jha, Noor Malabika, and Neha Gupta left nothing to the imagination in Charmsukh Tapan Part 1 web series.

Earlier, Noor Malabika featured in dozens of Ullu Web Series recently, she did multiple scenes in the Palang Tod Siskiyaan web series as well. While it is a good step that most of the Ullu web series is captivating, we miss the perfect blend of good stories.

Just like the previous Ullu web series, Charmsukh Tapan part 1 web series is also limited to just 4 actors, and the story revolves around a house only. It would be good if Ullu come up with strong content with such exciting scenes.

Look forward to watching Kajal Jha luring Gaurav Rokde in the scene where she asked him to grab her breasts. Also, the scene where Vaibhav imagines Payal while having moments with his wife Rashmi is quite thrilling.