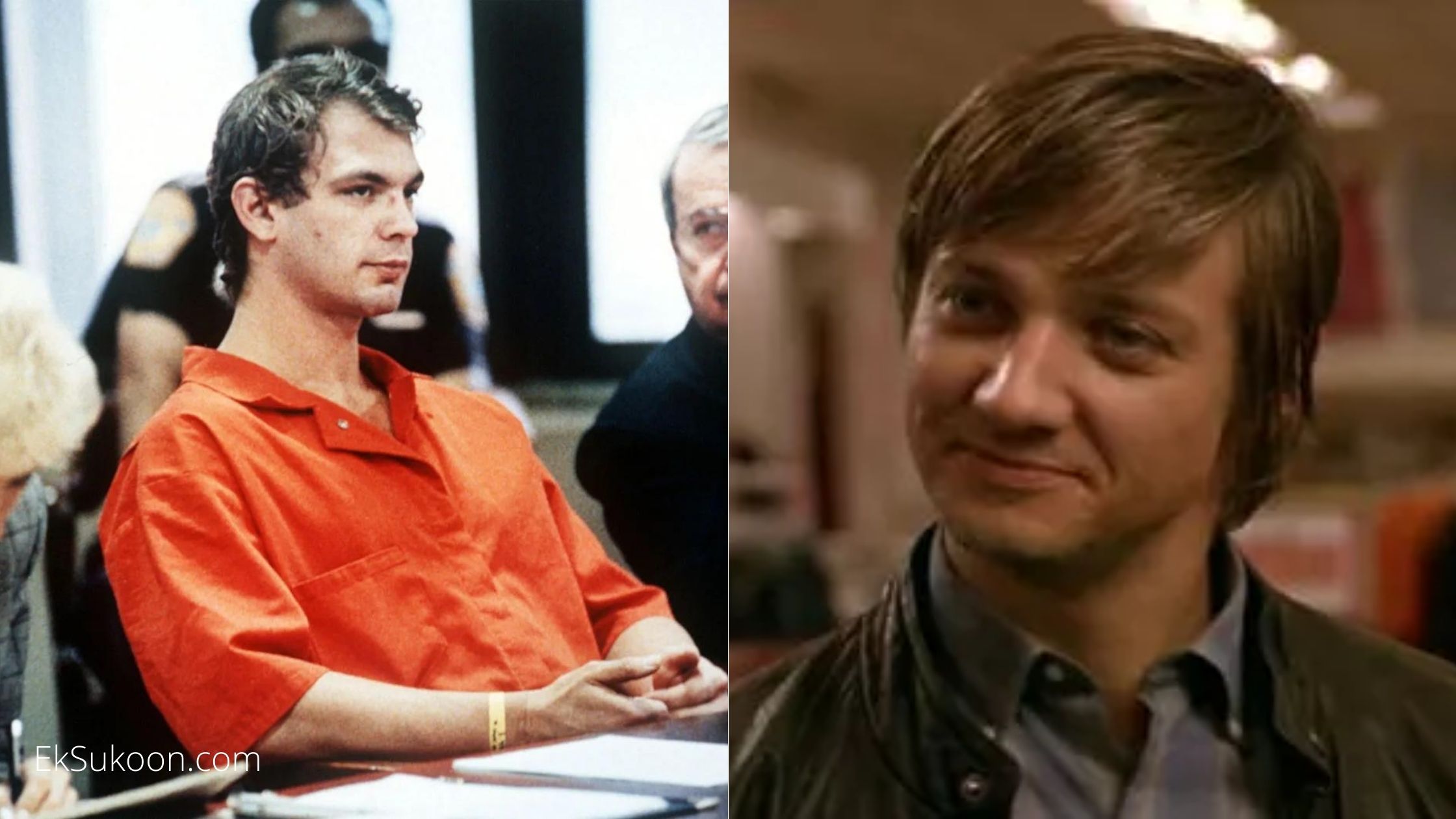 The project’s announcement was met with a mix of excitement—it does star icon Niecy Nash, after all—and trepidation. The series depicts Dahmer’s “underserved victims and their communities,” it still begs the question: How many times must Hollywood re-examine the story of this convicted murderer and cannibal?

Prior to Peters, the infamous role has been played by many actors, including Ross Lynch in My Friend Dahmer. However, one of the most notable scripted portraits of the killer was 2002’s Dahmer from filmmaker David Jacobson starring Jeremy Renner.

Well before The Avengers or his Oscar-nominated role in The Hurt Locker, the independent film represented a major breakthrough for Renner. The dark, demanding feature was a big risk for the young actor, but it’s one that’s certainly paid off considering the blockbuster career he’s had since.

Unsurprisingly given the subject matter, the 20-year-old film is a tough watch. Dahmer‘s big hook was that it offered a glimpse inside the mind of a madman, and Renner’s performance admirably toes the line between making you fear for him and have sympathy for him—or, at the very least, understand what made him this way.

The movie was particularly inspired by statements made by Dahmer’s father, Lionel, who claimed his son “killed those guys because he was too afraid to lose them.”

Each scene is loaded with dread and tension, particularly as Dahmer lures a young gay man named Rodney (Artel Great) back to his place. Despite his shocking actions, Renner never lets you forget there’s a human beneath the monster, for better or for worse.

At the time, the film was largely well reviewed by critics (it stands at 73% on Rotten Tomatoes) who lauded Jacobson’s thoughtful approach to the potentially grisly material. Many felt the biopic was needlessly bleak and all-around pointless.

Murphy seems intent to right these wrongs in his DAHMER Netflix series (which counts Janet Mock and Color For Change’s Rashad Robinson among its producers), but revisiting the ’02 film only underscores how the depressing details of this true-crime story have already been told time and time again.

Dahmer And Monster: The Jeffrey Dahmer Story Has Many Similarities

One need only watch the trailers for both projects to see that they’re recreating a number of the exact same scenes.

If there’s any reason to watch Dahmer in 2022, its to see the fascinating early performance from Renner, which garnered an Independent Spirit Award nomination. But, in many ways, the shadow of Dahmer still looms over his career. There’s even the fact of those persistent rumors that Renner is gay, which seem to have originated around the time he took on this role.

Will Peters’ performance emerge as a more thoughtful depiction of the systems that allowed a man to become a monster? Or will Renner’s work in the daunting, demanding Dahmer loom large over Murphy’s new limited series? We’ll find out soon enough when DAHMER- Monster: The Jeffrey Dahmer premieres September 21 on Netflix.

Dahmer (2002) is available to stream now on Fubo.TV, The Roku Channel, Vudu, Tubi, Kanopy, and Crackle. It’s also available to rent or stream via YouTube, iTunes, and Google Play. You can watch the trailer below: