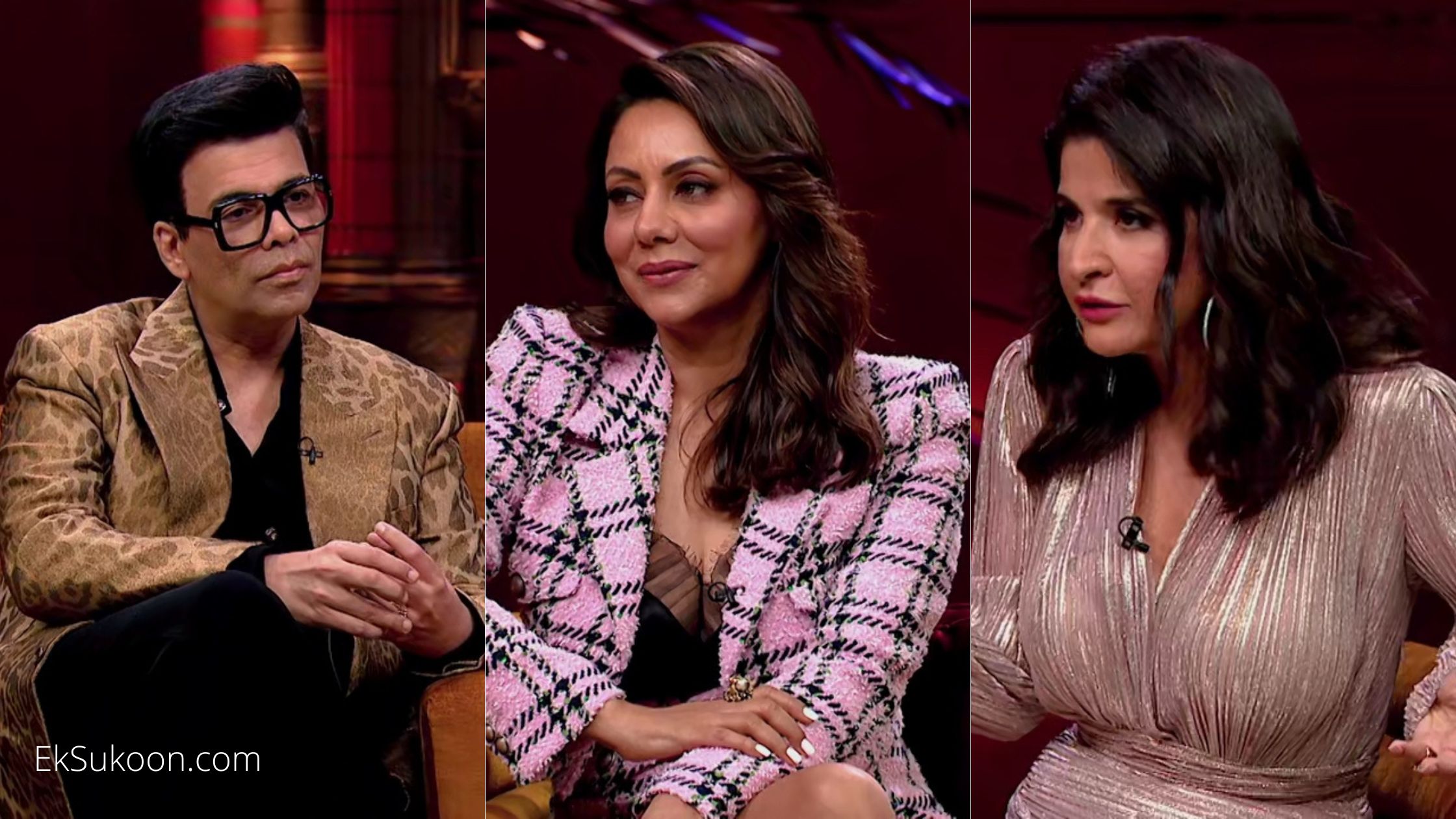 The latest episode of Koffee With Karan Season 7 Episode 12 has arrived on the platform. Our host Karan Johar can be seen brewing some interesting conversations with the guest Gauri Khan, Maheep Kapoor, and Bhavna Panday.

Maheep Kapoor and Bhavna Panday have done a show together “Bollywood Wives” recently on Netflix which was made under Dharma productions. The episode was a complete bonker with lots of fun and shocking revelations about the actors.

Some of the interesting moments in the Koffee With Karan Season 7 Episode 12 comes from Gauri Khan. The actor has given tips for healthy marriage and some interesting advice to their daughters. All three Bollywood wives have painted the picture of their home away from the spotlight.

Also, Shanaya Kapoor, Suhana Khan, and Ananya Kapoor created a message for their mom on the Koffee With Karan. Due to contractual obligations, Suhana Khan cannot make an appearance on any show or TV before her movie release.

Talking about the rapid-fire round of the show, Gauri Khan was the clear winner. However, all the celebs have given some cheezy and ear-turning answers. For instance, Gauri Khan advised her daughter to never date two men at the same time.

Gauri Khan also advised her son to date as many women as he wants before marriage but not enter into infidelity after getting married. Karan Johar brought up Ananya’s dating history stating that she might have dated two men at the same time.

In the last segment where Karan Johar hosts fun games, both Gauri Khan and Bhavna Pandey pointed out that Maheep is the coolest in the group. Gauri Khan called Shah Rukh Khan in the infamous celeb call segment, Maheep called Chunky and Bhavna called Malla.

However, Karan decided to give the winning prize to Maheep Kapoor for her stand-out performance. Watch the full episode of Koffee With Karan Season 7 Episode 12 on Disney+ Hotstar.