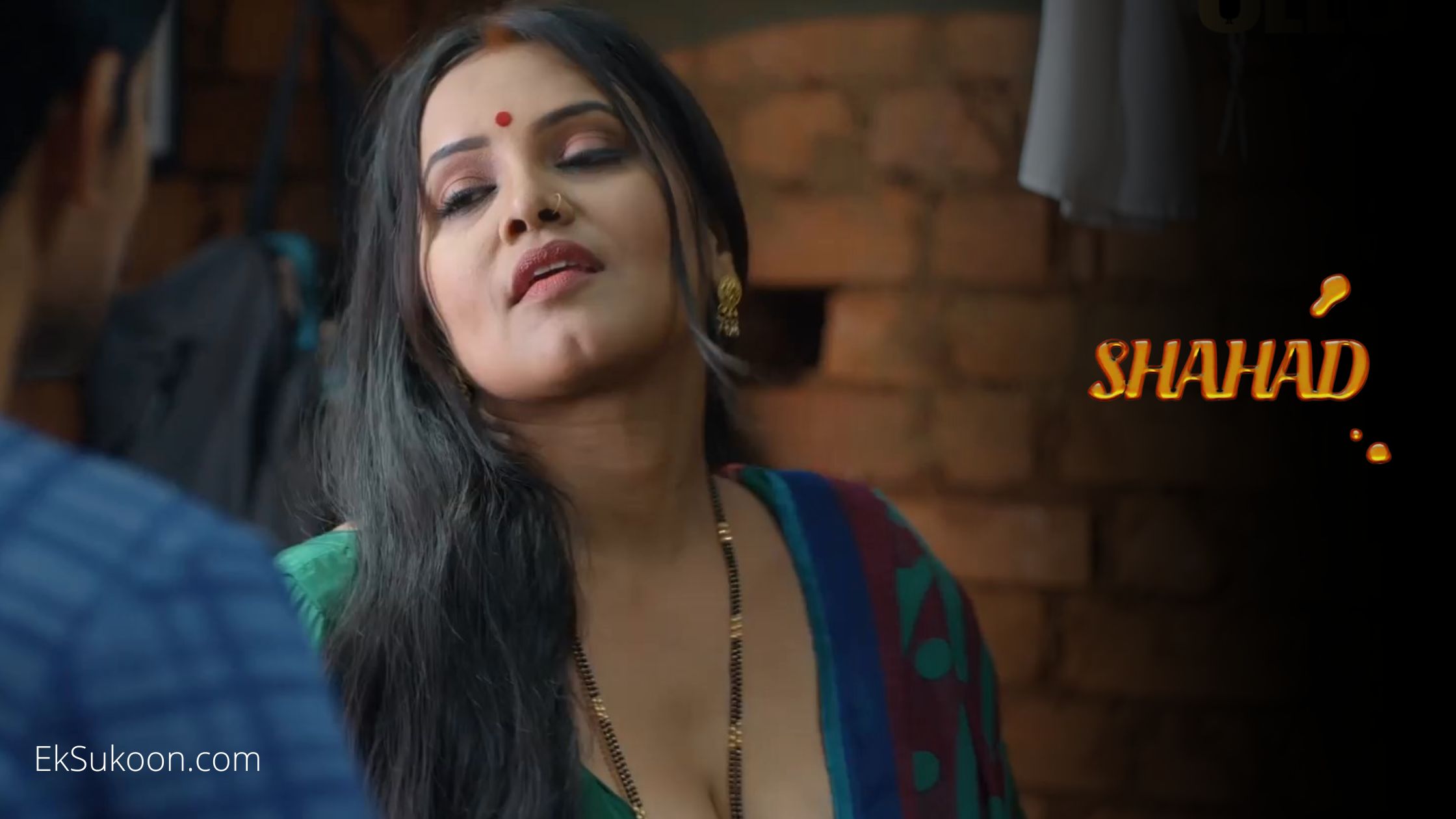 Ullu app dropped Shahad Part 2 web series on their official app for subscribed users. The web series is set in the backdrop of rural India and showcased the affairs of a twisted family in the village. Shahad web series cast Priya Gamre in the lead role.

Also, the Ullu app has already announced a couple of web series that you can see on their official app. First is the intriguing Charmsukh episode titled Tapan Part 2, and another is Riddhima Tiwari starrer Walkman.

The official synopsis of the Shahad Part 2 reads, “Sharad’s secret desires are unraveled by Roopa which leaves them both in a stalemate. Sharad’s sexuality overpowers his sense of guilt as he tries to entice Roopa in a venereal moment. Roopa’s morality withers as she slithers through her emotions. What follows is a tussle between the heart and the mind, in which eventually the heart wants what it wants.”

The story revolves around a rural family with two brothers (Raghu and Sharad) and a mother. She asked her elder son to get married as her last wish. He married a girl named Roopa (Priya Gamre).

Sharad decided to watch his brother and sister-in-law’s private moments through the missing brick on the wall. Roopa made him pay as she planted thorn to injure him. Later, she cured him with honey making the title worth for the web series.

Priya Gamre made the show binge-worthy with her amazing screen presence. Also, the web series is released in two parts. As expected, we get to see more from Priya Gamre in Shahad Part 2.

Ullu app has made some drastic changes in its content strategy. You can understand if you visit their official website as they have launched the merchandise as well. Priya Gamre left nothing to the imagination in Shahad Part 2 web series.

Just like the previous Ullu web series, Shahd part 2 web series is also limited to just 4 actors, and the story revolves around a house only. It would be good if Ullu come up with strong content with such exciting scenes.

Look forward to watching Priya Gamre recreating the simulating a BJ scene with honey in it. Also, there’s a scene when Priya Gamre poured honey on her chest to lure her brother in law’.