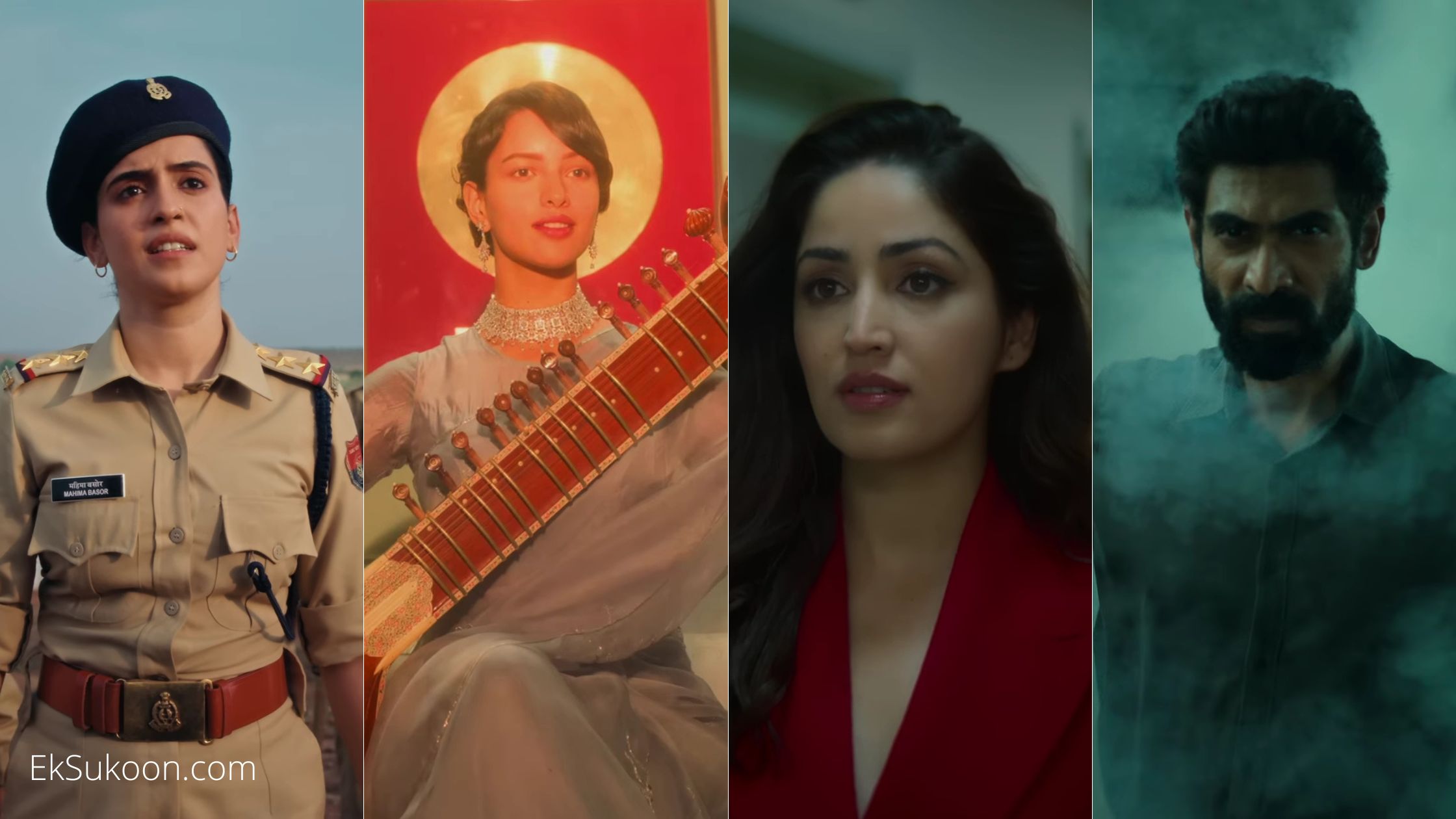 Netflix Tudum 2022 has been hosted by Zakir Khan and Prajakta Koli. Here take a look at all the Indian movies and web series that have been announced at the Netflix Tudum event.

Helmed by Vasan Bala, Monica O My Darling is a dark comedy starring Rajkummar Rao, Huma Qureshi, and Radhika Apte in lead roles. Radhika Apte came to introduce the first song from the movie which surprisingly didn’t feature her. Check out the song here.

Rana Naidu is a story of a fixer for the film industry. The web series has been buzzing as Rana Daggubati and Venkatesh Daggubati are coming together for the first time. In the web series, they play father and son while they are uncle-nephews in real life.

Vishal Bhardwaj sat on the director’s chair for this espionage genre-bending movie titled Khufia. Based on the real-life incident, the movie talks about the event when RAW found a mole in their organization. The movie brings a stellar ensemble that includes Tabu, Ali Fazal, and Wamiqa Gabbi.

Netflix’s Class is an official and faithful adaptation of Spanish Sensation Elite. The web series focuses on the elite class people and the school of the richest. The teaser of the web series gives us the vibe of an Elite show with the desi twist.

Hansal Mehta took the director’s chair for a thriller based on true events. The project talks about the murder of a journalist. The trailer looks gripping as Karishma Tanna looks fabulous in her DeGlam look.

Quirky comedy Kathal has been promoted as a true-ish story where a person reports missing jackfruit. Surprisingly, police and media find the news interesting and did a proper investigation and coverage to find the missing jackfruits.

Manoj Bajpayee and Konkana Sen Sharma came together for a dark comedy titled Soup. From the captivating trailer, it looks like the movie is about two cons who find themselves in twisted situations and deal with the consequences.

In the 80s of Panjab, there were many informers of Police who were termed CAT. Randeep Hooda transformed himself completely into the role of a Sikh informant. The movie is promising from its first look.

Qala is a musical drama showing the changing relationship between a mother-daughter and a young man. The movie cast Babil Khan, Trupti Dhimri, and Swastika Mukerjee.

11. Nayanthara: Beyond The Fairytale

The story of South’s Lady Superstar Nayanthara’s journey has been filmed and presented to us by Netflix. We get to see the insights and many other important lessons from Nayanthara on how to break in into the film industry.

Raj & DK came together for a crime drama filled with the perfect dose of romance and comedy. The web series brings a stellar cast that includes Dulquer Salmaan, Rajkummar Rao, and Adarsh Gourav in key roles.

Which movie or series you are most excited about? Do follow Bignations News for breaking news related to entertainment industry.