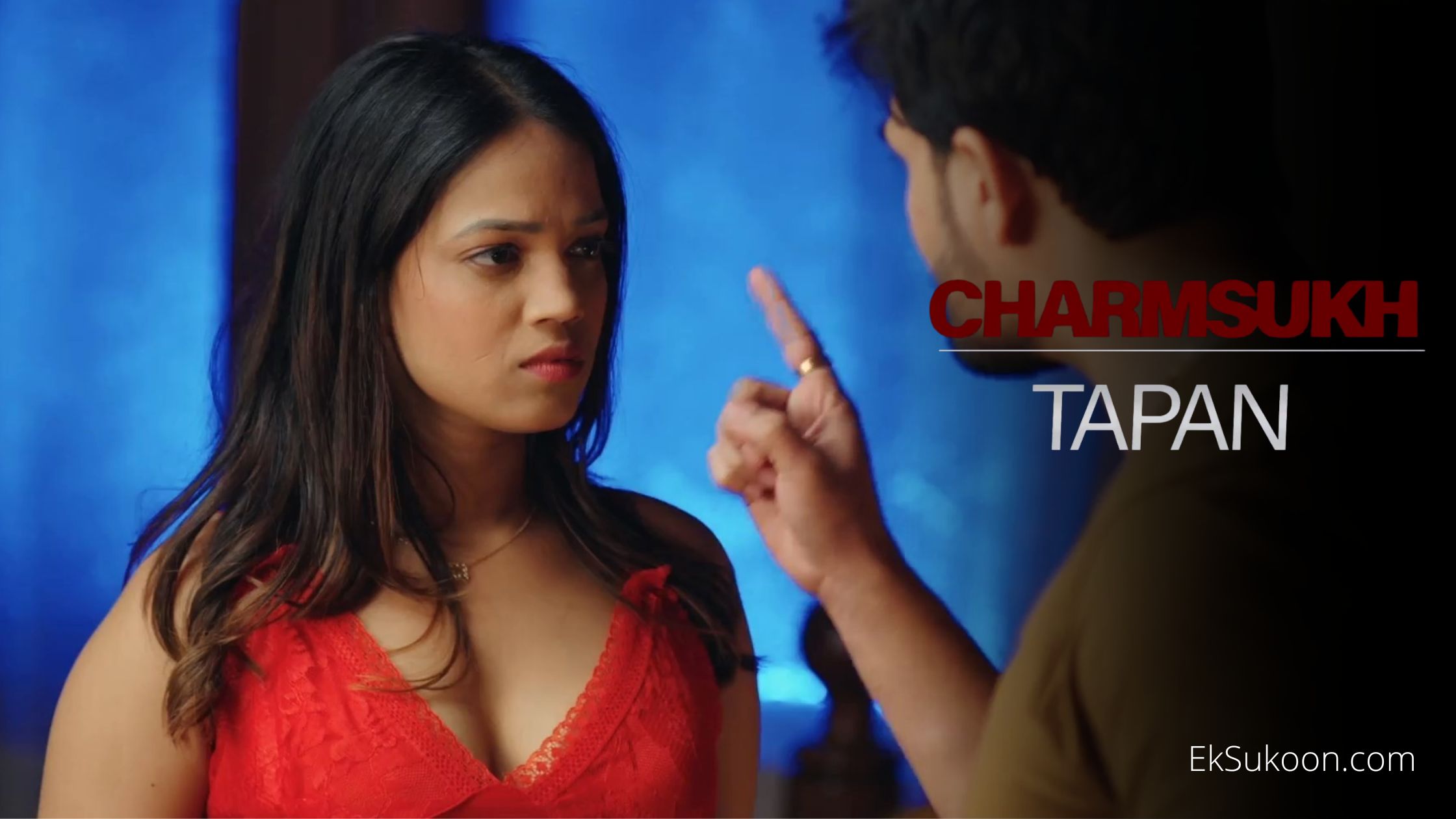 Ullu app dropped Charmsukh Tapan Part 2 web series on their official app for subscribed users. The web series is set in the backdrop of urban India and showcased the affairs of a twisted family in the city. Charmsukh Tapan web series cast Kajal Jha, Noor Malabika, and Neha Gupta in the lead role.

Considering that the Ullu app is coming up with stories focusing on two actresses, Charmsukh Tapan Part 2 is similar to this. The web series has two episodes of 20-25 minutes each. Charmsukh Tapan Part 2 web series release date is 27 September 2022. Helmed by YKO, the Ullu app is now moving to implied dishabille. For instance, Kajal Jha didn’t even wore pasties during her scenes with co-stars.

Also, the Ullu app has already announced a couple of web series that you can see on their official app. First is the intriguing Riddhima Tiwari starrer Walkman, and another is Aayushi Jaiswal starrer Lady Finger.

The official synopsis of the Charmsukh Tapan Part 2 reads, “Riya’s libido reaches its limit when her brother-in-law, Vaibhav arrives along with her sister. Riya is shattered when she realises Vaibhav likes her friend, Payal instead. Eventually Riya strikes a deal with Vaibhav, where she will help him quench his thirst for Payal, if he helps in quenching hers in return.”

The story starts right where Charmsukh Tapan Part 1 ended. Vaibhav went to see Payal and they have their fun moment. Surprisingly, Riya saw them and threatened to blackmail them. Later, Riya dreams about making out with Vaibhav in public gym area. She also sneaks in Vaibhav’s bedroom and forced him to make love to her.

After Vaibhav denied, she made a deal with her and offered a night with Payal. When all the three reunited for fun, Riya spiked Payal’s drink and Vaibhav took advantage of it. It didn’t end there as Riya also joined the fun at the end.

Ullu app has made some drastic changes in its content strategy. You can understand if you visit their official website as they have launched the merchandise as well. Kajal Jha left nothing to the imagination in Charmsukh Tapan Part 2 web series.

Just like the previous Ullu web series, Charmsukh Tapan part 2 web series is also limited to just 4 actors, and the story revolves around a house only. It would be good if Ullu come up with strong content with such exciting scenes.

Look forward to watching Kajal Jha romancing her co-actor without pasties revealing too much. Also, there’s a scene when Kajal Jha and Neha Gupta shared bed together with Gaurav Rokde.