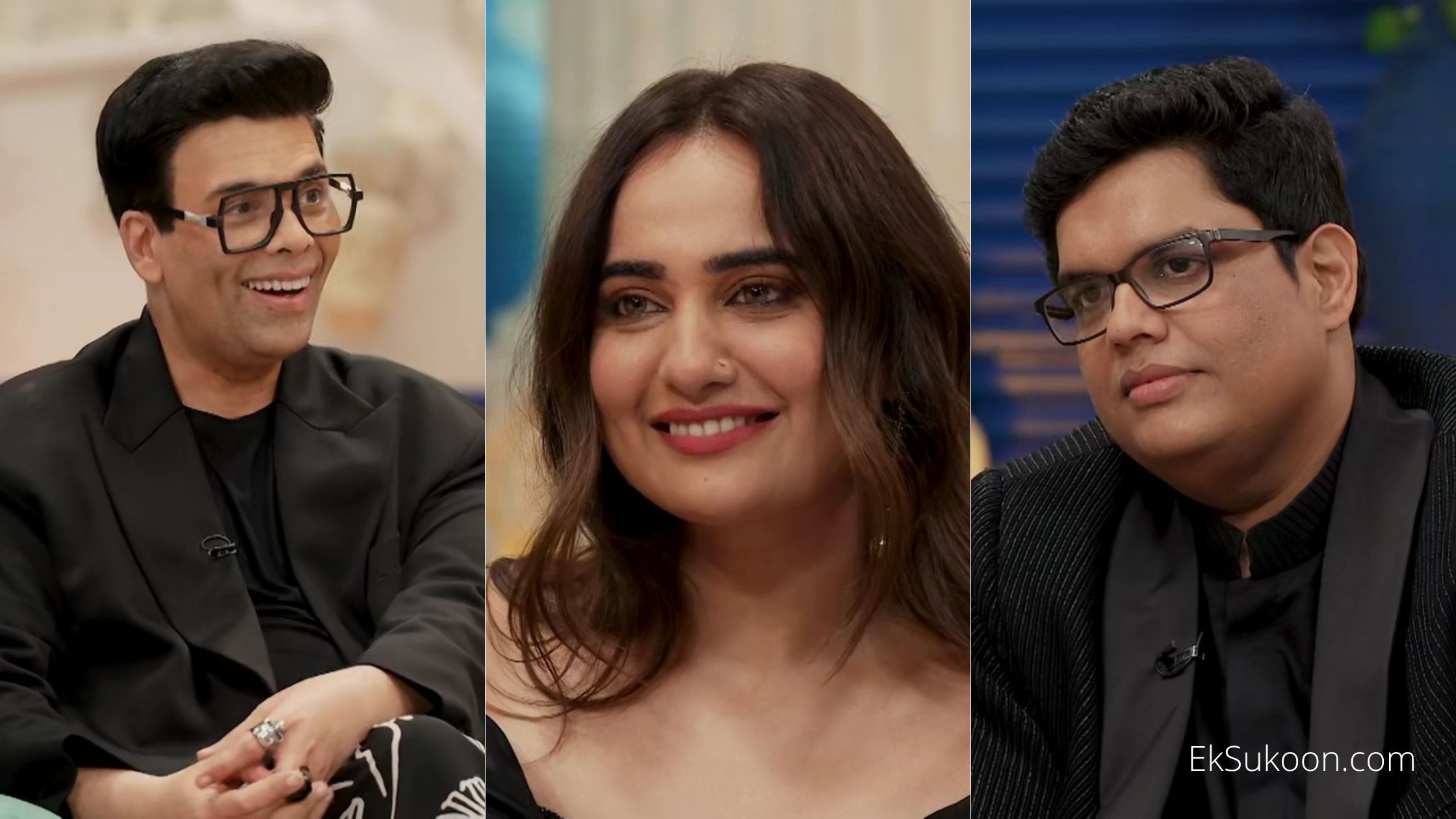 The episode is quite fun with lots of roast and a retrospection on the previous episodes of Koffee With Karan Season 7. Karan Johar also called all the winning celebrities just to imitate the call the celeb round of the show.

Danish Sait Pointed Out Karan Saying Alia is equivalent to Alia saying Shiva in Brahmastra. Karan Johar went into a retrospective mode to call out one of the backlashes he received by mentioning Alia Bhatt most of the time in his show.

Karan Johar called out for exposing the private lives of celebs and his obsession with infidelity. Tanmay Bhatt brought up the topic of Karan dating someone that Varun Dhawan knew by default. Tanmay Bhatt joked about Karan dating David Dhawan.

Karan Johar gave awards and even put nominations for his episodes. The host called Alia Bhatt, Sonam Kapoor, and Arjun Kapoor twice. While Ranveer Singh and Samantha didn’t pick up his calls.

At one moment, Karan Johar accepted that he hated not getting invitations for weddings from the industry. He pointed out the moment when he started getting calls after Vicky and Katrina got married in Rajasthan.

Koffee With Karan Renews For Season 8 by Disney+ Hotstar

The show ended on a good note by confirming Koffee With Karan Season 8 soon. Karan Johar promised to bring back the show next year with interesting combinations, lots of Koffee debutants, and fun.