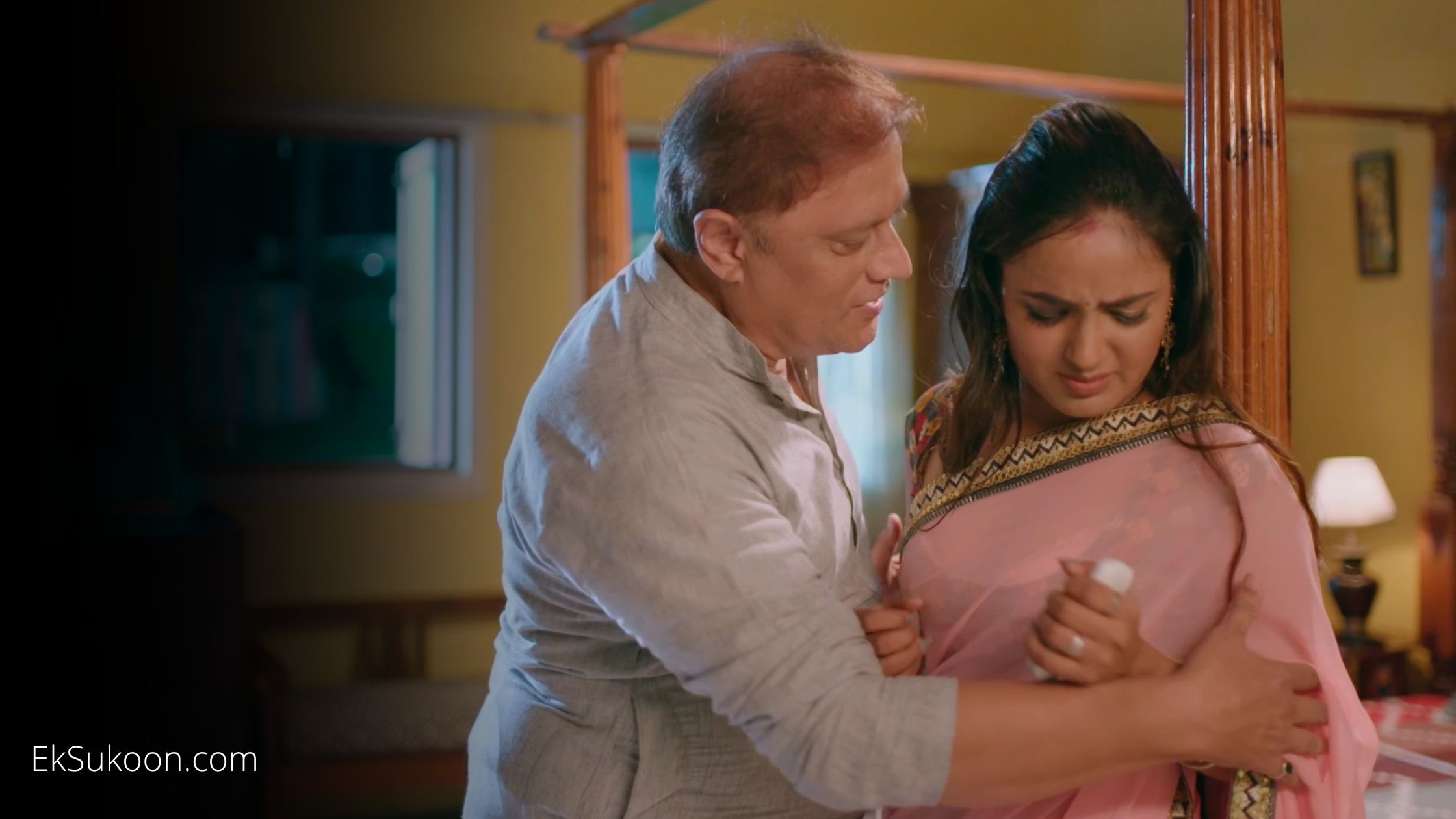 Considering that the Primeplay app is coming up with stories focusing on many actresses, Pehredaar brought us 3 new actresses together. Primeplay only released first 2 episodes of 20-25 minutes each. Pehredaar web series release date is 30 September 2022.

Primeplay app is now moving to implied dishabille. For instance, there is an intense scene between Neha and Deepak Dutt Sharma in the first episode.

Also, the Primeplay app has already announced a couple of web series that you can see on their official app. After the success of Paglet web series, they went on to release Paglet 2 as their upcoming web series.

The official synopsis of the Pehredaar web series reads, “Story is based on culture in village where father in law also gets marry with daughter in law so that he can take care of her like husband in absence of his Son Let’s see what happens with Shikha when her husband goes in city for work and she just stays with her father in law.”

The story starts as father and son went on to see a girl for the marriage. Later, we get to see the premise of the series with the character of Deepak Dutt Sharma. In the fictional village, there is a custom that bride also marry her father-in-law who would take care of her in the absence of husband.

We witness an exhilarating scene between Deepak Dutt Sharma and his first daughter-in-law Neha. As Primeplay promises, they made their scenes stand out and stand apart.

In the second episode, we see exciting scene between Prashant Deshpandy and Rishu. They celebrate the first wedding night in unique fashion. However, we got teased for much more in upcoming episodes of Pehredaar web series.

Rishu and Neha made the show binge-worthy with their amazing screen presence. Also, the web series will release another set of episodes next week. As expected, we get to see exciting romance between Neha, Jaishree Gaikwad, and Deepak Dutt Sharma in upcoming episodes.

Primeplay app has made some drastic changes in its content strategy. They are coming up with exciting stories and unforgivable scenes. Neha and Rishu left nothing to the imagination in Pehredaar web series.

Just like the previous Primeplay web series, Pehredaar web series is not limited to just 4 actors, and the story revolves around the two families. It would be good if Primeplay keep coming up with strong content with such exciting scenes.

Look forward to watching Deepak Dutt Sharma rocking Neha in the first episode. Also, an extreme close up of Rishu’s assets from his father-in-law’s POV is draining as well.