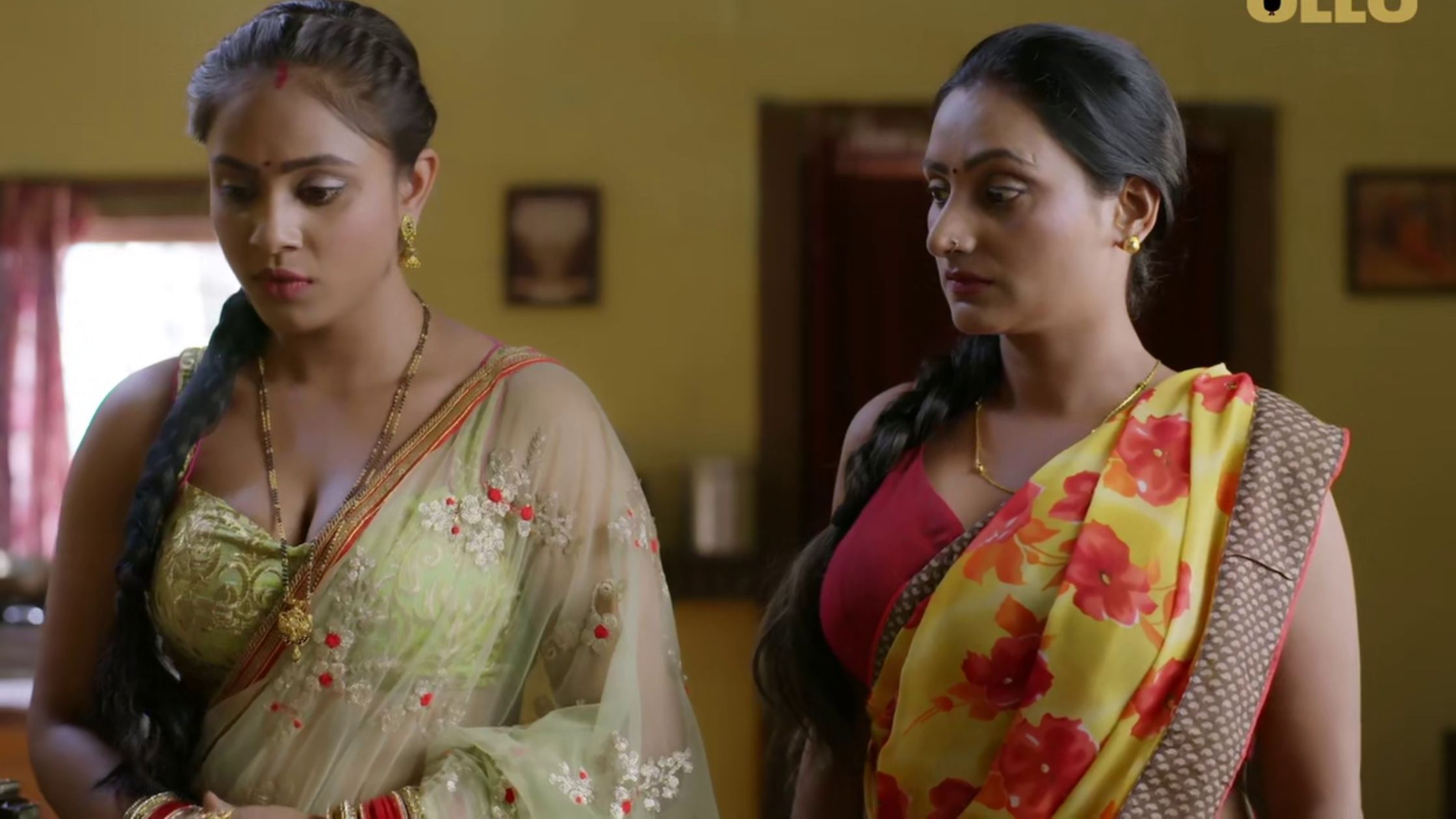 Web Series Charmsukh Bidaai Part 1 starts with the couple enjoying their fun time with curd and lots of kisses and hugs. Genda and Chameli is newly-wedded couple in the village where Chameli dicided to quit the marriage.

She drops allegations on her husband that Genda is impotent. Chameli refused to go again with Genda to which local Panch decided to have virility test of the Genda. While the test reports arrived, Genda found himself getting attention from the whole family that include Lajjo, Bindiya, and even the mother.

The scenes between actors are well choreographed. Also, we get to see some new faces in the Ullu web series along with Pihu Kanojia. We see Jayashri Gaikwad and Pihu Jaiswal for the first time in any Ullu Web Series.

Charmsukh Bidaai Part 1 has an amazing tease scene featuring Pihu Kanojia with curd and kisses. In addition to this, Pihu Jaiswal looks stunning in all the scenes she featured in. While we have to wait to see Jayshri Gaikwad in the second episode of the Charmsukh Bidaai Web Series, we see the mother (Leena Sharma) in action in 4th episode of Charmsukh Bidaai.