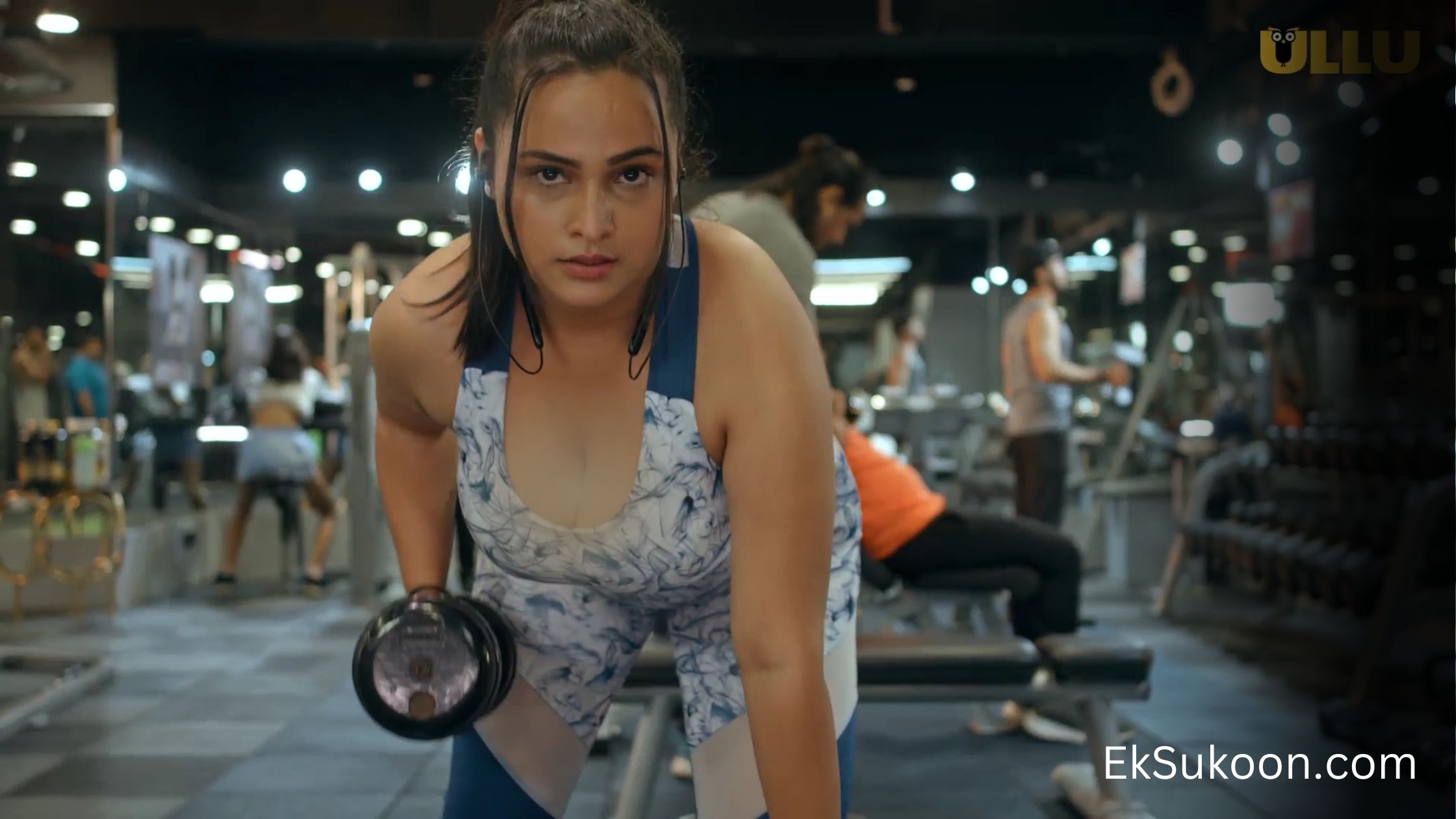 Takk Part 1 web series watch online on the official Ullu app. The web series got a good response from fans and critics for its presentation. The comedy-drama series has been released on 4st November 2022. Fans loved the Takk web series for its engaging storytelling and captivating performances.

Takk Part 1 episode 1 starts with the introduction of Shailey (Heman Chaudhary) who is having session with Ruks Khandagale. The web series took a bold route for all the scenes showing actresses only in pasties.

While you may think the scenes ends once credit rolls, you are wrong. The scene extended from couch to bed after credit before Shailesh hits gym for his work as gym instructor.

We introduced to gym receptionist (Ambika Shukla) who is having sweet and sour frenemy relationship with Shailesh. While they were discussing they got interrupted by Mrs. Chopra (Manisha Jain). She enrolled herself in the gym after having a chat with Shailesh.

Takk Part 1 Episode 2 further explored the various happenings in gym. Two guys were gawking at the woman in sportswear. We met Dr. Menka (Aliya Naaz), an overweight woman who seeks Sailesh’s help in her own dream sequence.

Takk Part 1 is story driven where Shailesh happen to be in a joyride full of adventures. At the end of Takk Part 1 Episode 2, we see Shailesh getting involved with a girl (Komal Kumari) in the gym. To know what happens next, watch online Takk Part 1 on Ullu app.

While the climax has a cliffhanger, the series is undoubtedly binge-worthy. Takk Part 1 has multiple scenes featuring Ruks Khandagale, Aliya Naaz. In addition to this, we can expect tons of other scenes Manisha Jain, Ambika Shukla in the third episode of the Takk Part 1 Web Series.