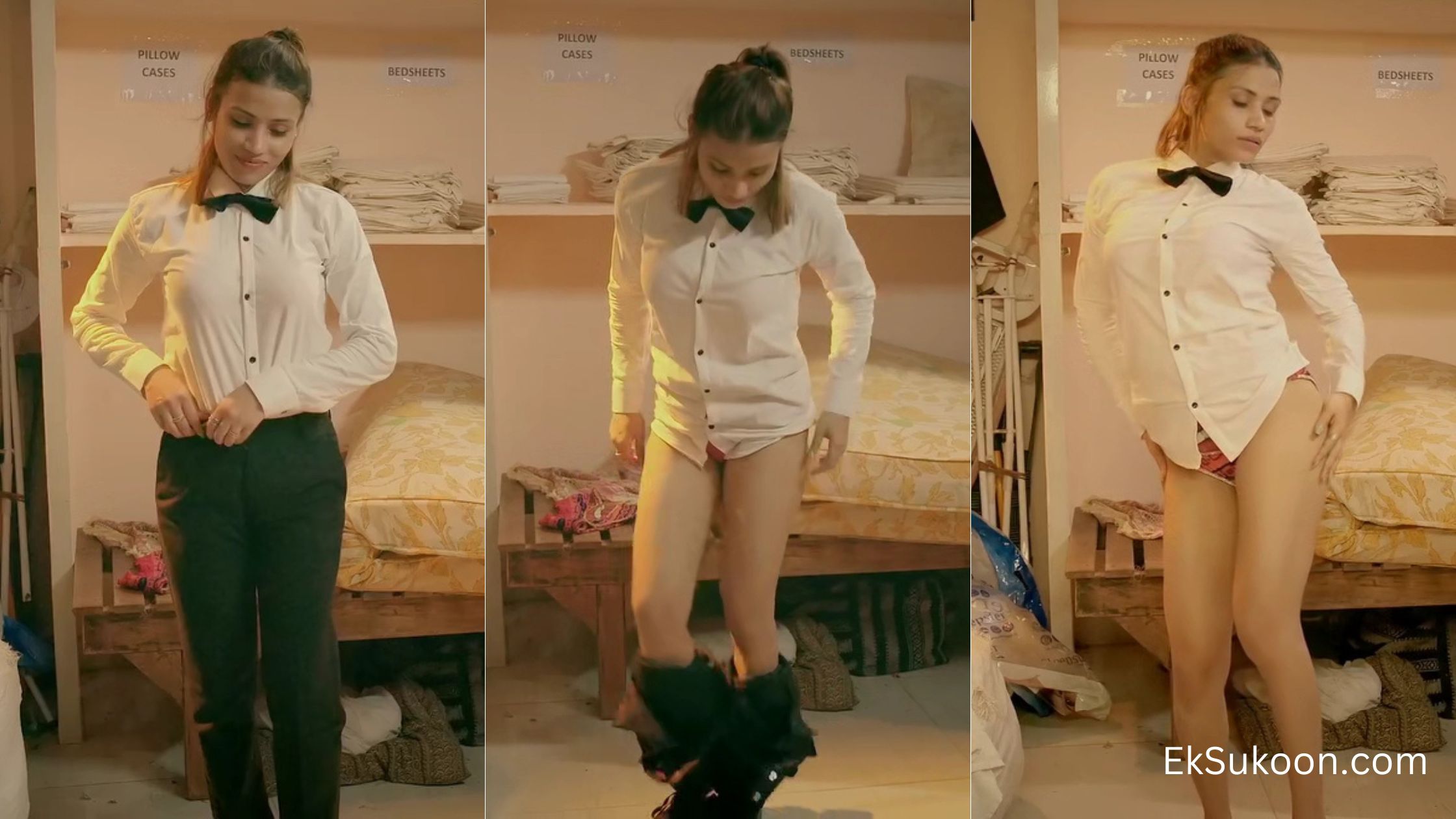 Chull Paani Chalka episode 1 starts with the hotel manager (Ambika Shukla) taking rounds of the room service and found that iconic panty with big lips. She enquired about the panty and asked the staff to clean the room properly and return the item to its owner.

The scene changed to poolside where we see a guest having bath in the pool. Everyone’s attention shifted to the Russian Model (Kaith) who entered the pool in black monokini. We see her intense chemistry with the stranger in the pool.

We then meet the new set of characters, hotel staff Ankush (Javed Shaikh) and Arpita (Alendra Bil). Arpita was cleaning the pool in the hotel uniform while Ankush was gazing at her. One of his friend made fun of him while he continued to explain that he loves her.

Ankush confronted Arpita but Arpita denied him on the spot. Later, Arpita finds herself in the store room where her eyes fixated at the red panty. She decided to wear it and we get to see Alendra Bill strip down to change her panty.

The panty works again and she made love to Ankush. In the next morning, Ankush clarified that he knew it was some sort of magic but he wants it to continue.

Chull Paani Chalka is story driven where red panty is making the situation chaotic. While the climax has a cliffhanger, the series is undoubtedly binge-worthy. Chull Paani Chalka has multiple scenes featuring Alendra Bill, Ambika Shukla, and Kaith.

Creators might come up with Chull Paani Chalka further episodes that will explore further about the fate of red panty, its boons and banes, and other steamy romances.