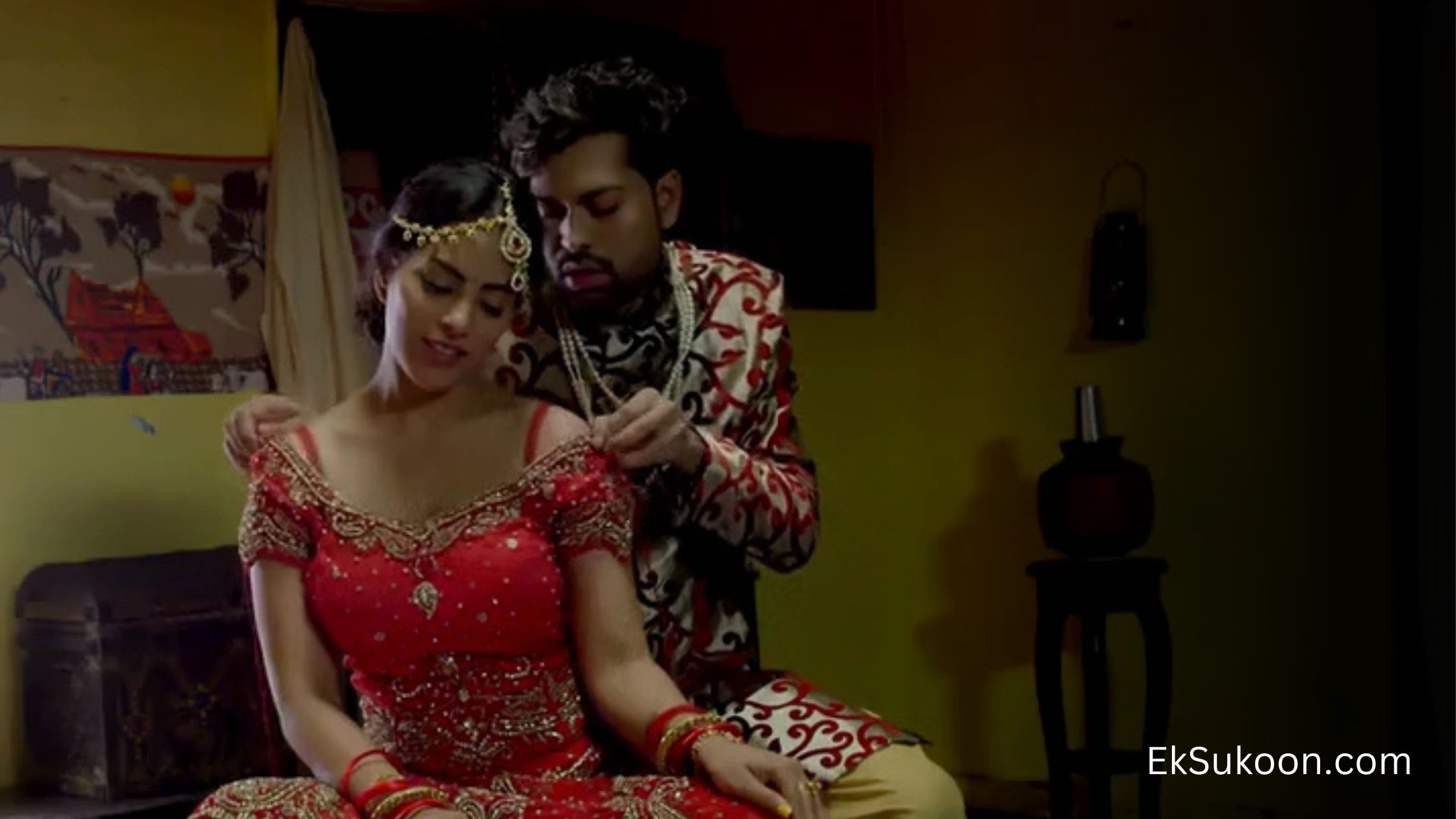 ATM Bhabhi web series watch online all new episodes on the official Voovi app. The web series got a good response from fans and critics for its presentation. The comedy-drama series has released its final 2 episodes on 2nd December 2022. Earlier, fans loved previous ATM Bhabhi Voovi web series for their engaging storytelling and captivating performances in various web series.

ATM Bhabhi web series episode 6 start with a group of villagers discussing about ATM Bhabhi. Meanwhile, Aliya Naaz (ATM Bhabhi) introduced the group to her husband who came to meet her in the village. The scene shifted to Neha Gupta who is having passionate romance with her husband at their home.

However, the final episode of ATM Bhabhi web series come as a great finale. At first, we get to see Aliya Naaz in her full glory donning blue undergarment with her husband. The love scene was shot beautifully that amplify the astounding figure of Aliya Naaz.

While we can write the whole article in praise of SSK sir direction and Aliya Naaz captivating looks, another thing will draw your attention in the web series. Noor Malabika raised the oomph factor with her charismatic wedding night scene.

We get to see Noor Malabika in her wedding outfit waiting for her husband to come and start. The scene is very appealing and romantic. Considerably, Noor Malabika is the star of this Friday as she has an intense romantic scene in ATM Bhabhi. At the same time, she has quirky car wash scene in Ullu Web Series Palang Tod Siskiyaan 3. Surprisingly, that was also directed by SSK Sir.

ATM Bhabhi web series has released two episodes which finally lead to the end of thing long Voovi Web Series. Voovi promises to bring another exciting web series for the next week.