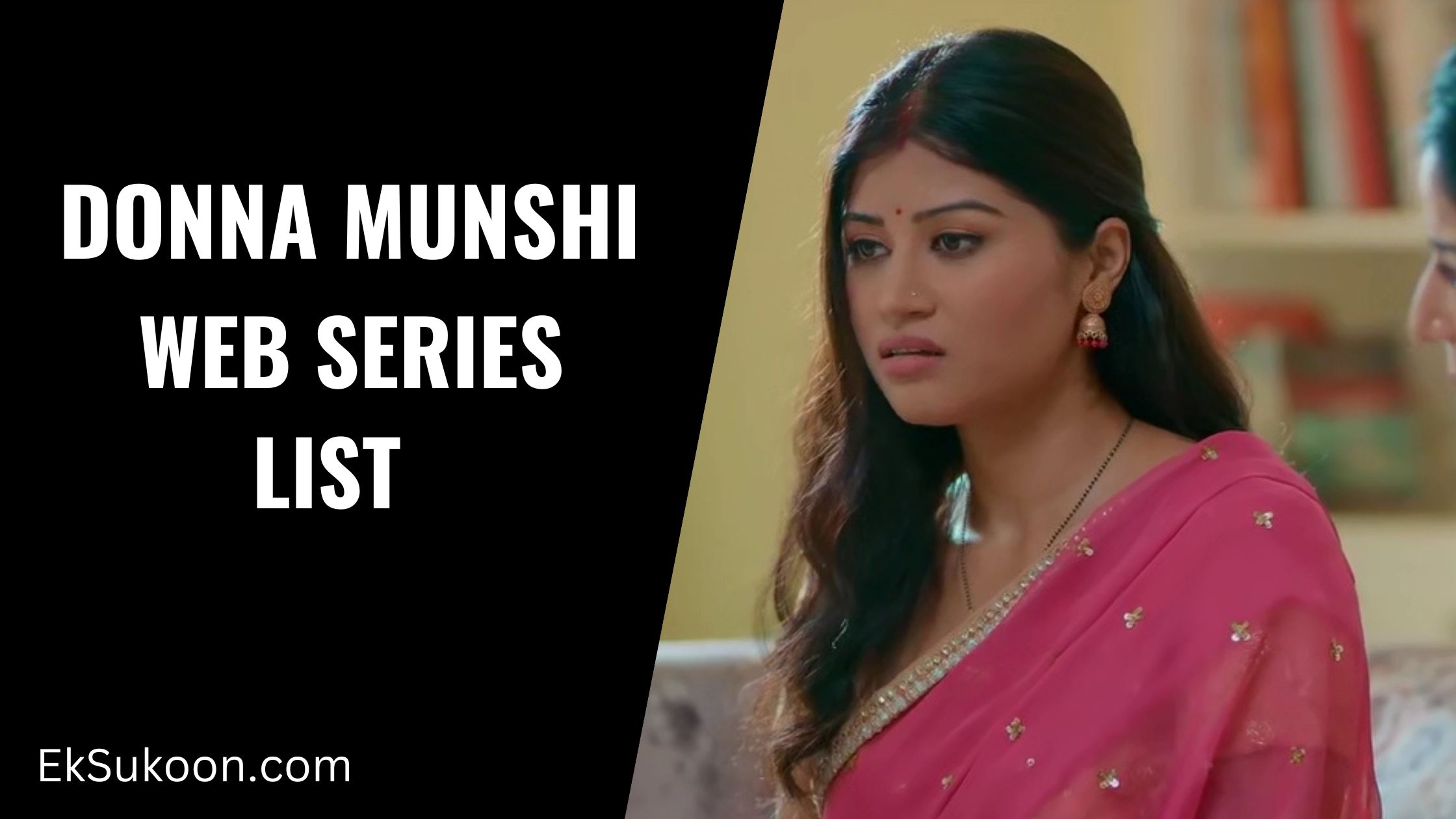 Donna Munshi made a name for herself by featuring in number of web series across OTT platforms. The actress is getting praised these days for her stunning web series titled Jabran on Ullu App. Donna Munshi is very picky about her projects and all her web series seems different from previous one.

Here, we curated a list of top 6 Donna Munshi web series that you can binge-watch online. Recently, she collaborated with Ullu app for multiple web series projects.

Donna Munshi played the protagonist in the Jabran Ullu web series that talks about a newly married couple trying to spice up their love life. The series explored the concept of bedroom fantasies and how wife took revenge on her husband after mistreated.

Donna Munshi earlier worked in Ullu web series Khoon Bhari Maang alongside Mahi Khan. The web series is a perfect blend of family drama and crime thriller. Donna Munshi played the second filled in the series while Mahi Khan was the lead actress.

The wildest adaption of Devdas starring Ritwik Sahore went viral among youth. However, Donna Munshi made everyone feel her presence with stunning performance. Despite her limited screen time the actress made sure everyone will remember her from Indori Ishq web series.

Follower is an underrated film available to watch online on MX Player. The film is a commentary of social media and how it affects people in general. Donna Munshi gave one of her best performance in the web series.

Released as India’s first web series, Maya follows the story of a married woman desperately seeking for wild love. She started having affair with a stranger which led to mayhem. Shama Sikander plays the character beautifully. Donna Munshi featured in an important role.

Marvel ‘What If…?’ episode Watch Online, Leaked On Tamilrockers