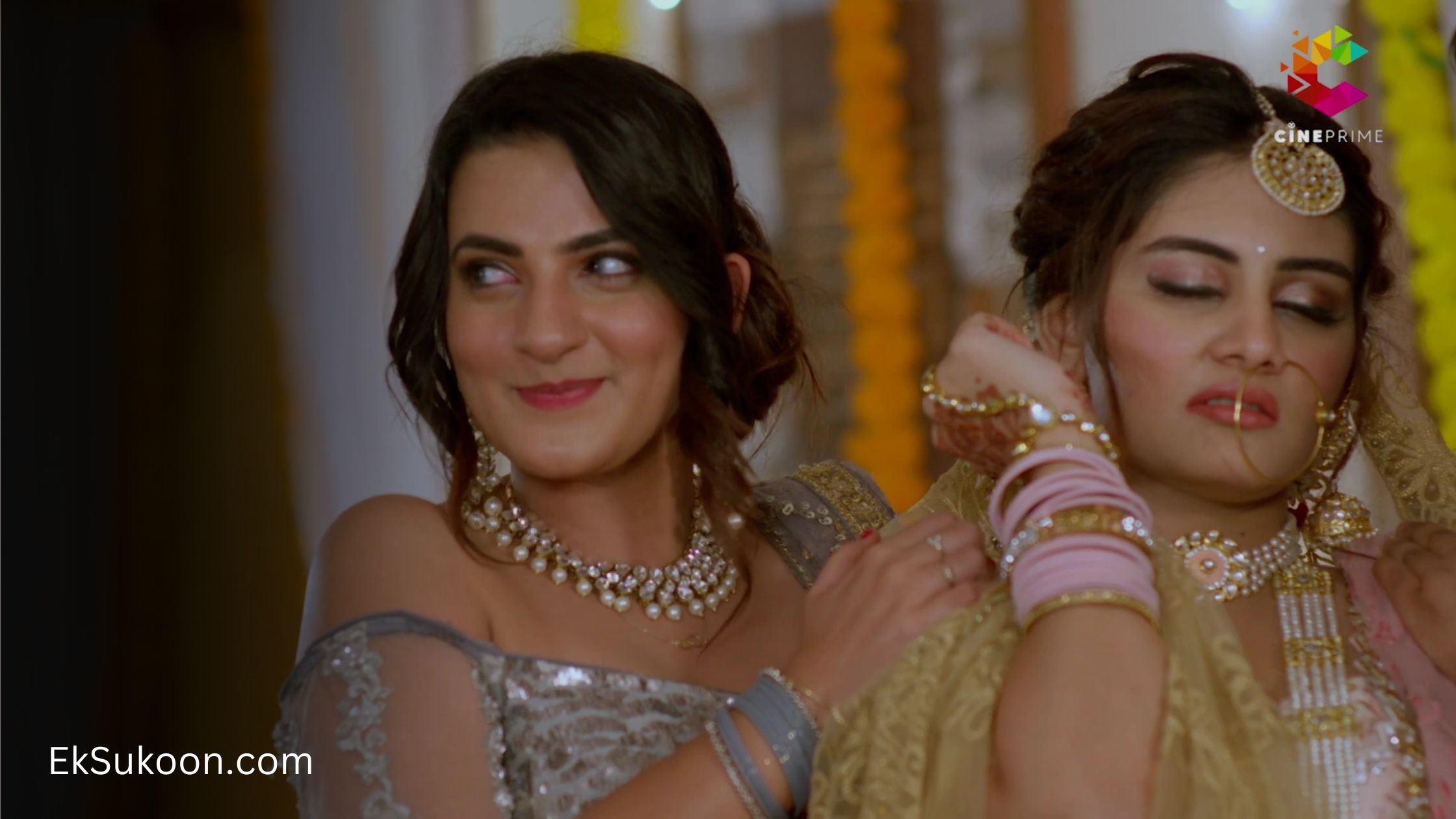 L Lag Gaye web series watch online on the official Cineprime app. The web series got a good response from fans and critics for its presentation. The comedy-drama series has released first 2 episodes on 9th December 2022. Earlier, fans loved previous Cineprime web series for their engaging storytelling and captivating performances.

Web Series L Lag Gaye web series episode 1 starts with the introduction of the big family from groom sides as they were preparing for the big fat wedding. We get introduced to the character of father, mother, groom’s uncle and aunt along with Dadi.

The family is very loving and caring as they all expect something big from the wedding. We get the little scene of Neelam Bhanushali with her husband. However, the scene clears the character dynamic as Neelam Bhanushali’s husband is unable to perform well in bed. It seems like we are going to get the best drama series based on the lockdown.

L Lag Gaye web series episode 2 gave us introduction to the bride’s family. We get to see gorgeous Vedika Bhandari in the wedding outfit. She is surrounded by her charming cousins that include Ayesha Kapoor as well. Even the short trailers and songs have shown footage of Ayesha Kapoor in dynamic passionate love making scenes.

L… Lag Gaye Web Series Episode 2 ended at the cliffhanger as PM Modi has announced the lockdown in the mid of the wedding ceremony. In the further episodes of L… Lag Gaye, we may see twisted relationship of the whole family. Also, will the wedding survive when family intervene?

Battle Of The Babes: Pick Your Favorite Radhika From Bollywood