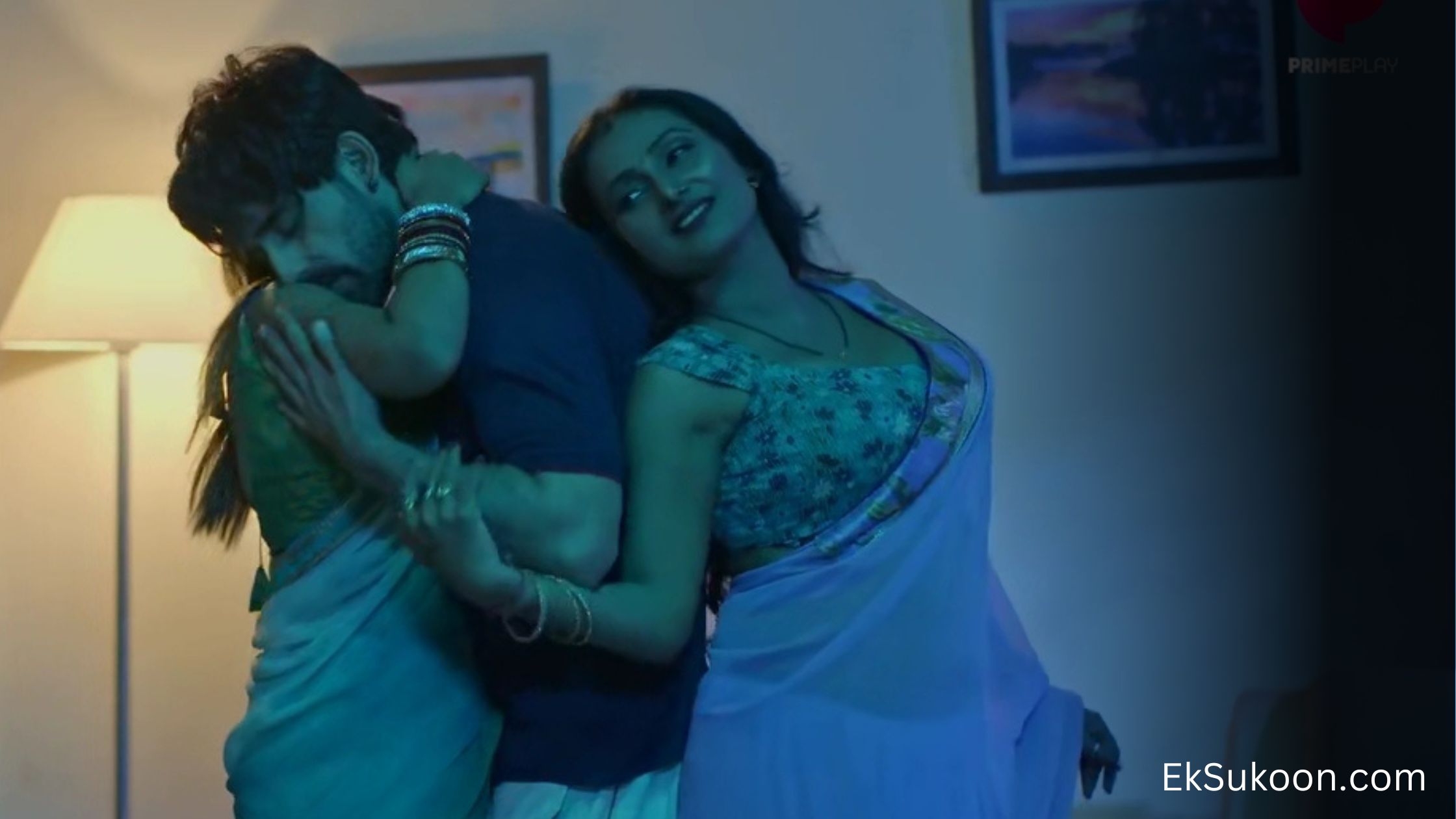 Flat Screen web series watch online on the official Primeplay app. The web series got a good response from fans and critics for its presentation. The comedy-drama series has released 2 new episodes on 16th December 2022. Earlier, fans loved previous Primeplay web series for their engaging storytelling and captivating performances.

Web Series Flat Screen episode 4 starts with the Jaishree Gaikwad romancing with her son-in-law but interrupted by her husband. We get to see an engaging and appealing 3-way romance among Jaishree Gaikwad with her two co-actors. While her husband is blindfolded, it was easy for her to romance both of her co-stars.

Primeplay web series has not only good scenes but interesting buildups as well. We see how Shaisha Khan and Divya Arya teased each other for interesting girl-on-girl action. She stopped mid-way to attend the call. Since she was in need of money, she decided to accept the offer made by Dhani’s father. We see an interesting scene of Divya Arya with Alok Nath Pathak.

However, the web series Flat Screen ended things at an exciting note where Dhani caught her mother romancing her husband. They made her understand that her mother sacrificed herself so that Dhani will remain happy in her marriage. Somehow Dhani understood the context and she invited her mother to have a passionate three-way romance with her husband.

However, the series best came at the last of Flat Screen web series episode 5 where Jaishree Gaikwad and Shaisha Khan (Mother and Daughter) make out while romancing their co-star.