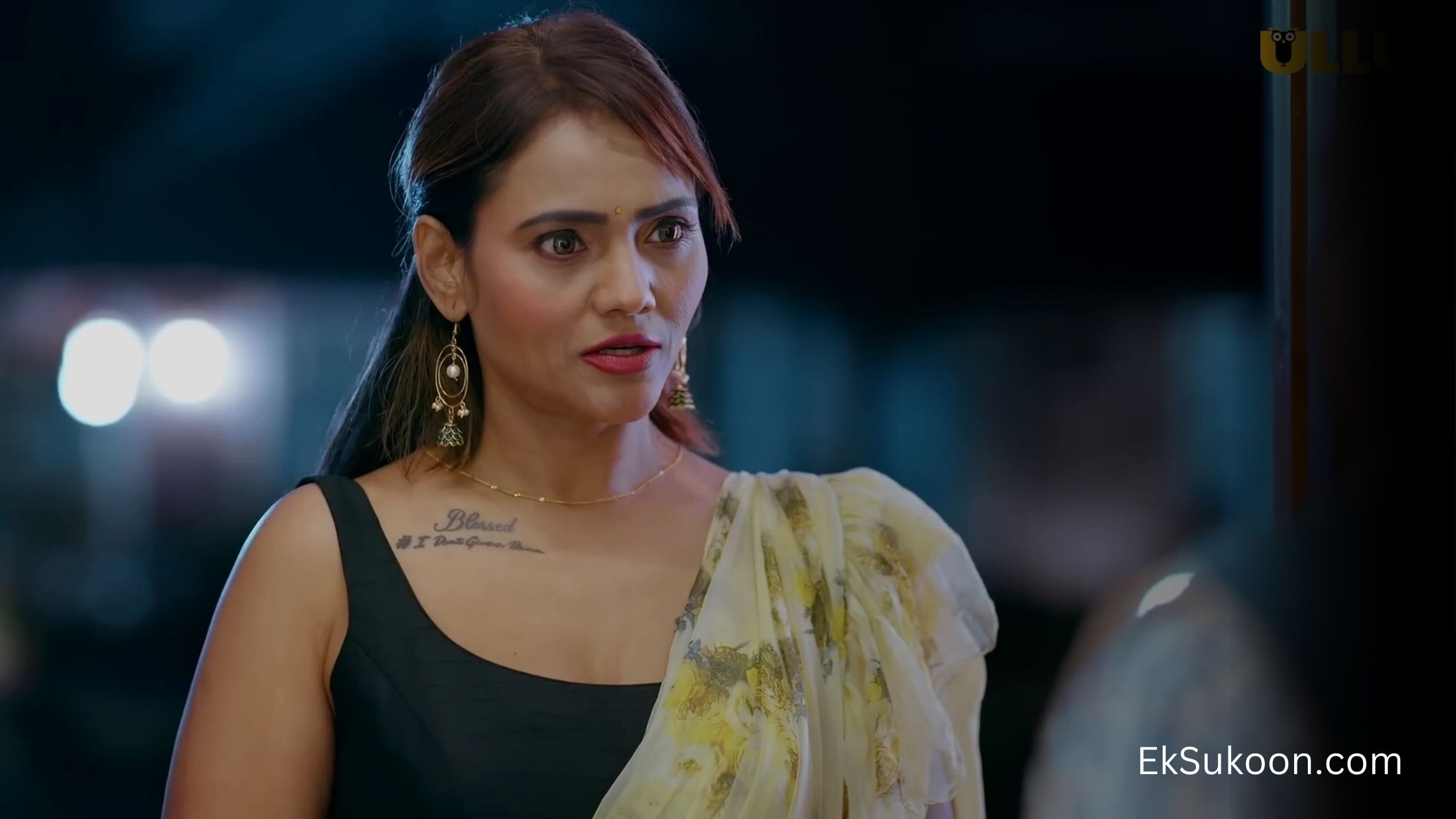 As the trailer suggests, Love Guru web series explores the popular trope of love guru in any relationship. We follow a middle-aged married man who has gone head-over heels for his neighbour (Jinnie Jazz). He starts following her everywhere.

We get the plenty of scenes of man following Jinnie Jazz in the park, ogling her at every occasion. However, find it very difficult to even start conversation with her. One of his acquaintance introduced him to the Love Guru.

After talking with Love Guru, he follows everything that he says over the phone. He visited his neighbour house, agreed to make paintings, and even ordered stuff which made him suspicious in front of his family.

The web series Love Guru Part 2 Ullu will release on 23rd December 2022 at midnight. The web series is getting good response from fans and critics for its presentation and direction. We’d love to see Jinnie Jazz and Muskan Agarwal in many upcoming Ullu web series projects.

In the web series, Jinnie Jazz performance will be the highlight as she is one of the most sought actresses in local OTT platforms.