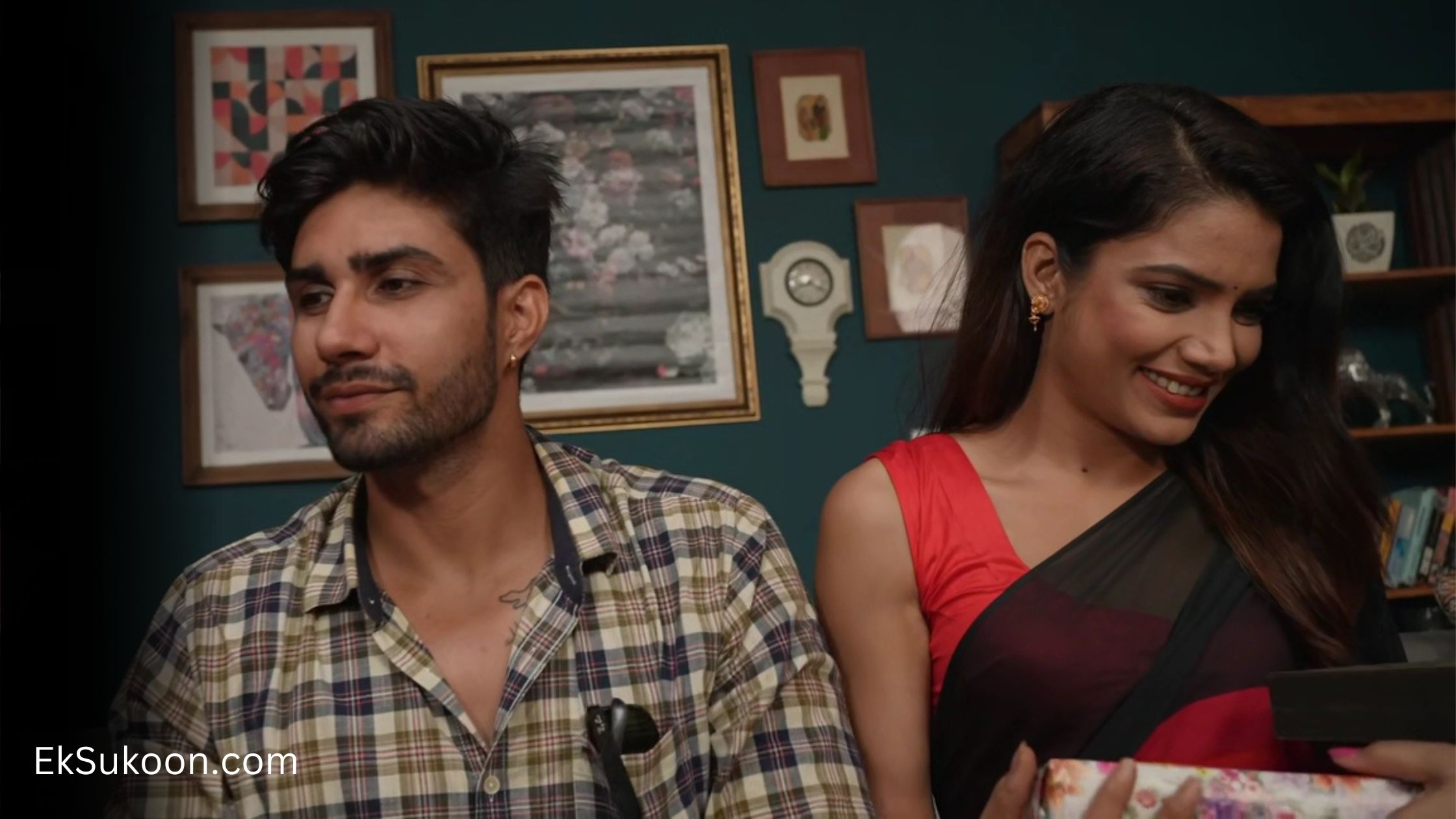 Web Series LSD (Love Shaadi Dhokha) episode 1 starts with two friends’ chit chatting over hiring a call girl. They talk about the possible things that they can demands and even consider their budget. The LSD web series follows non-linear storytelling to engage the audience with the suspense.

We see they decided to hire a call girl and even called her for services. She came and asked for washroom while both the boys agreed to visit her one by one. We see an engaging and captivating scene but directors managed to hide the face all the time.

Later we see, the man is forced by his family for marriage to which he agrees. They went to see the bride and first formal discussion about the marriage. We get the first glance of Palak Singh as a beautiful bride-to-be. It is a continuous collaboration of Palak Singh with Primeshots Original.

LSD (Love Shaadi Dhokha) Web Series Episode 2 shows family gelling togather for the marriage of bride and groom. The family send the couple to spend time together in private room. They both have pretty straightforward discussion about what their married life would be.

The boy asked if they would make love before marriage as she is very pretty. Even though she resisted, she ended up sleeping with him. While it looks romantic in first glance, it was certainly something else. As they exchanged jewelleries and gifts, they left the home.

It was revealed that the man is a con artist and he robbed the girl’s family and even took away girl’s virginity. LSD (Love Shaadi Dhokha) is story driven where protagonist uses marriage as a tool to take advantage of woman and even robbed the family. At the end of LSD (Love Shaadi Dhokha) episode 2, we see man has a list of woman to take advantage.