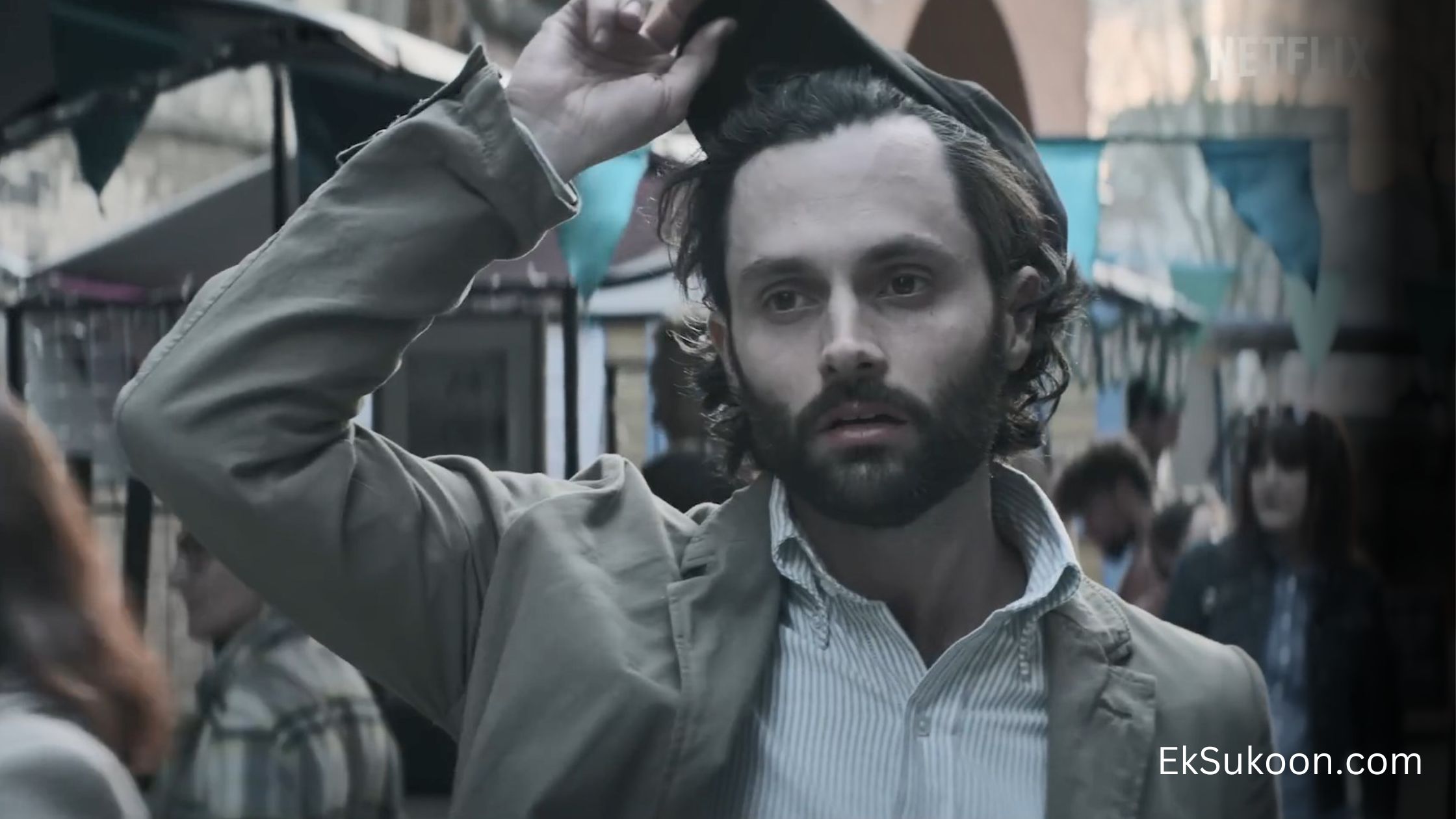 The new season of “You” has arrived on Netflix, and it looks like the show’s central character, Joe Goldberg, played by Penn Badgley, is not the only one committing murder in London. In the trailer, Joe is seen posing as a literature professor named Jonathan Moore at a university in the city, where he is unexpectedly enjoying his teaching duties, despite being surrounded by arrogant socialites.

However, when wealthy members of London’s elite start turning up dead, Joe realizes that there may be another killer on the loose. Tati Gabrielle is also set to return as Joe’s love interest Marienne Bellamy, now with platinum blonde hair. In the final episode of the previous season, Marienne fled the country after uncovering the truth about Joe’s disturbing actions.

In the trailer for “You” Season 4, lead actor Penn Badgley is heard saying, “Did you break my heart, Marienne?” followed by a glimpse of Tati Gabrielle reprising her role as Marienne Bellamy. “Heartbreak is always a catalyst for a new path,” Badgley continues in a voice-over.

In the case of Joe Goldberg, heartbreak led him to Europe. At the end of Season 3, Joe faked his own death and traveled to Paris in search of Marienne, leading viewers to assume that the city of love would be the setting for the next season.

However, on Instagram, the @younetflix account posted, “Joe’s back for a bloody good time…our boy might not be in Paris anymore,” suggesting that the new season was filmed elsewhere.

One of the most striking differences in the trailer for “You” Season 4 is the change in setting. In the previous season, it was revealed that Joe had left California and his troubled past behind to start a new life.

The trailer for the new season shows Joe adopting a new identity as Professor Jonathan Moore, teaching in London and surrounded by wealthy friends. In the trailer, Joe mentions that he is enjoying his life as an educator in Europe, but it’s clear that this happiness will not last long, as hinted at in the trailer.

2) A thematic change in the season

In addition to the new setting, the fourth season of “You” appears to feature Joe in a completely different role as he becomes embroiled in a Sherlockian-style investigation. Set in the bustling city of London, the numerous eccentric characters seem to bring a fresh tone to the series, with the characters, costumes, and camera work resembling those of an investigative thriller show.

Despite this shift, some elements of the previous seasons remain, such as Joe’s tendency to stalk those he becomes obsessed with. The trailer also shows him attempting to resist falling back into this behavior.

3) The hunter becomes the prey

In the upcoming season of “You,” Penn Badgley’s character Joe Goldberg will experience being stalked for the first time. The trailer for the new season introduces a murder mystery in which members of a wealthy group are being killed, and then suddenly shows Joe receiving a text from a potential stalker, reversing the dynamic of the show’s previous seasons.

In the past, “You” focused on Joe’s obsessive nature and the lengths he would go to for what he perceived as love. This new season will see Joe on the receiving end of the fear and terror that he has inflicted on others.

“You” is a psychological thriller series that delves into the disturbed mind of its central character, Joe Goldberg, a man who works a blue-collar job during the day and becomes a serial killer at night. Despite being a romantic at heart, Joe’s obsessions with the women he falls in love with often turn violent and deadly.

The show is based on the novel of the same name by Caroline Kepnes. After releasing a teaser, Netflix announced that the highly anticipated fourth season of “You” will be released in two parts. Part 1 will be available on February 9, and Part 2 will debut on March 9.

Greg Berlanti and Sera Gamble are serving as head writers for the fourth season of “You.” Leslie Morgenstein and Gina Girolamo will be returning as executive producers for the series, which is being produced by Alloy Entertainment in association with Warner Bros.

The new season will be released in two parts, with the first premiering on February 9, 2023, and the second part following a month later.